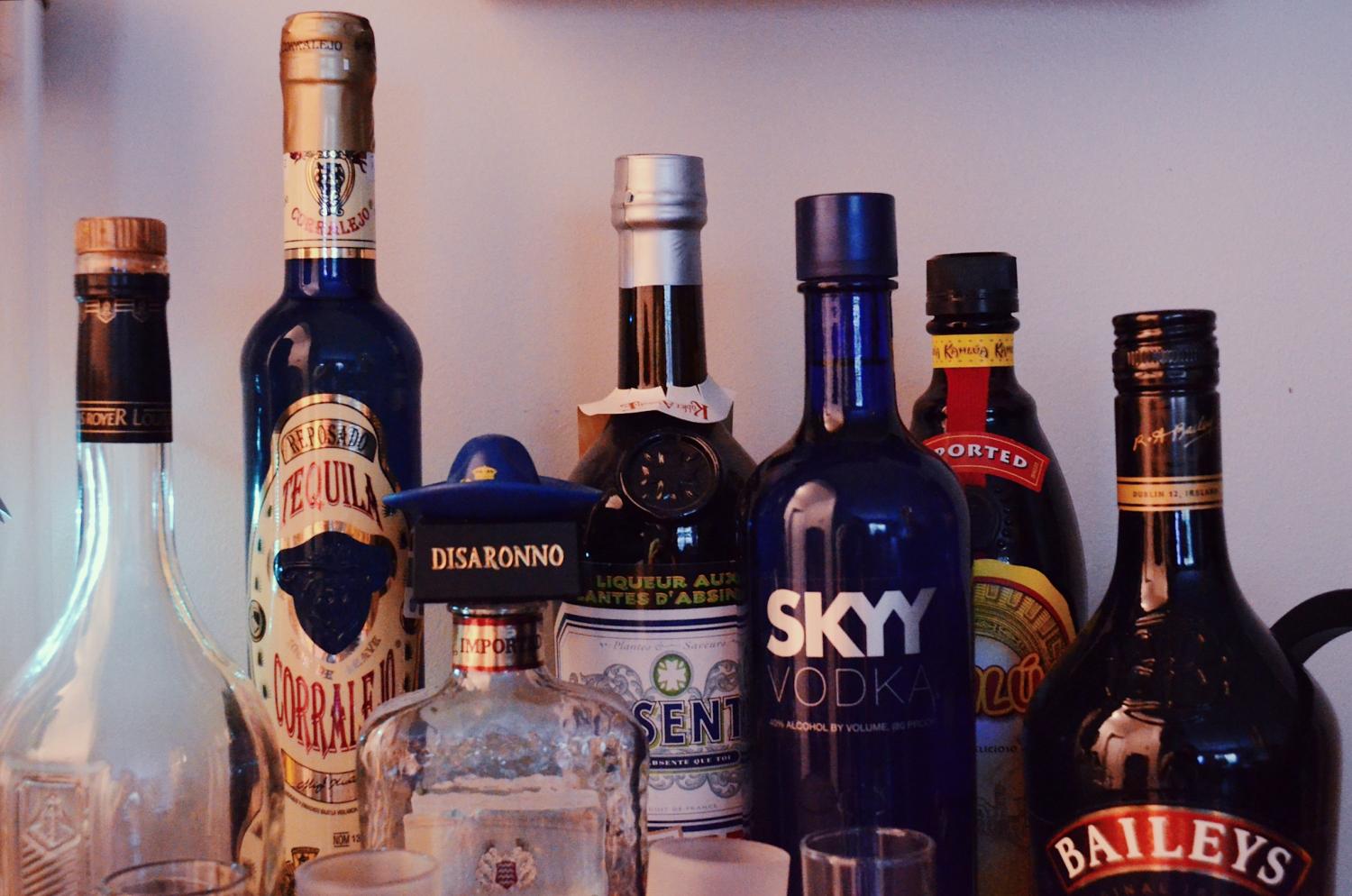 The monster lives inside the same house, but in an alternate world where vision appears blurred and mindfulness slim. Throughout the day, the destructive spirit of the monster lingers, waiting to return for another long night of remorse. Leaving its memories of last night’s drink on the kitchen counter, the monster seeks a vulnerable soul who will reach for another glass tonight. However, the monster does not hide under the bed, or jump out of the darkness at nightfall. 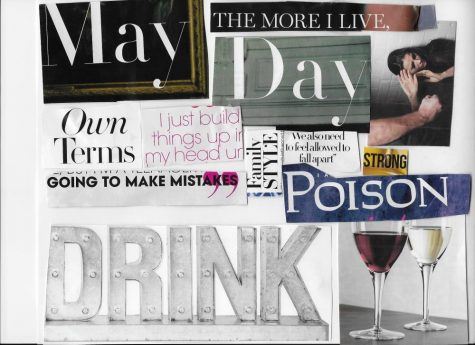 This monster stands with pride in a glass bottle or a box. No matter where it may hide, or what shelf it may sit upon, this monster stations itself with dignity because it owns its prey. That monster, one of the largest breeders of broken families in America, is alcohol.

A single sip of alcohol can devise a path for a family to crumble into a hopeless catastrophe of regret and humiliation. Fearful for the future, a family ruled by alcoholism hopes for freedom from the sickness controlling their household.

Alcohol affects more than just the person consuming it; it takes a major mental toll on the bystanders surrounding them. This repetitive daily routine becomes agonizing and throws each member of the household through a rollercoaster of emotions.

The lasting effect causes future trust issues in relationships and creates an irreplaceable, gaping hole in a child’s life that only the alcoholic family member can fulfill.

“Before I was born, my father, from what I know about him, was kind of a hippie,” senior Sailor Hay said. “He would go to rock concerts and he would get drunk. When my mom got pregnant, he seemed happy from what I heard, but apparently he wasn’t. He committed suicide two months before I was born and two weeks before he and my mom were going to get married. That tore my mom to pieces, and after having me and being a single parent and trying to cope with the loss, she turned to alcohol.”

Often times, in the beginning stages of a family member turning to alcohol, the bystanders within the house start to observe different behaviors and develop concern for them. For example, the person may suddenly add a large glass of wine with dinner, or the new alcoholic tries to persuade their significant other it will be fun to drink.

After this stage, the mental issues within the alcoholic start to reflect on the rest of the family. While still in a significant development age, children from ages five to nine may wonder, “Why won’t mommy or daddy play with me anymore after 6:00 pm?” or “How come mommy or daddy keeps walking so funny?” Pre-teens and teenagers ages ten to seventeen often become irritable and frustrated with the alcoholic and start to rebel against their wishes.

For many young adults, depending on how long they deal with the situation or if they do not live with their alcoholic spouse anymore, they may push the issues to the side until they return home. While in young adulthood, people live in a stage of life searching for their true self, whether at college or in a career. This acts as a positive distraction from the pain happening within their home.

Shut the doors and hide, because next up comes hell-bound anger. Normally expressed by the pre-teens and teenagers, anger now agitates the partner of the alcoholic. The partner no longer feels a deep sympathy for their loved one, but instead expresses their built up anger through verbal and even physical fights. This abuse causes a tremendous amount of distress on the couple’s relationship and, in many cases, leads to divorce.

The parents, so caught up in their anger, can forget that their children always listen to and watch their actions, leading them to more stress and concern about their family’s situation. For parents to avoid any unneeded heartbreak, leaving conversations until the next day when the alcoholic sobers will help reduce the tension.

Alcohol also places financial stresses on the breadwinner of the house. The constant purchasing of wine, beer, or liquor leads the money-maker of the house to infuriation, blaming the alcoholic for not paying a bill on time.

After a certain amount of time in an alcoholic’s devastating journey, the family members tend to adapt to the new way of life. Whether children lock their doors to stay safe from their abusive mother or father, or teenagers spend more time out with their friends, and less time at home, the adaptation occurs.

“I remember when I was really young, there would be times that she would get drunk in the afternoon and stumble around the house and yell, and when she would pass out I thought she was dead,” Hay said. “This one night, it got really bad. She was mad at me for some reason and I was in bed, and she would burst into my room and yell at the top of her lungs for me to shut up. That kinda scared me a lot as well.” 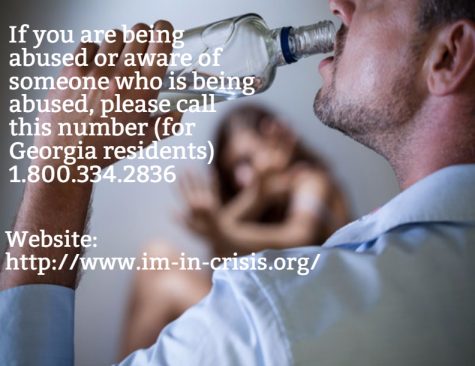 Finally, alcoholics and their family may reach acceptance.

Accepting a parent as a sick, diseased, person instead of a monstrosity of a human being leads the path to the first step of closure.

“When I was about six, my mom was gonna pick me up for school but she was drunk so her boyfriend checked me out and told the clerk that my mom was drunk,” Hay said. “Social services quickly got involved and me and my mom were separated. Thankfully, my grandparents took me in so I didn’t go into adoption. Since then my mom has turned her life around and gotten sober. Our relationship has gotten better as well.”

Throughout the pain and sorrow, luckily, a small light at the end of the tunnel peeks through for some grateful family members.

Observing the behaviors and watching a family collapse to pieces can turn children of the alcoholic away from substance abuse. After seeing the long-lasting effects on their alcoholic parent and the emotional ride they conquer everyday, some children of alcoholics refuse the substance in their own lives.

“As I’ve gotten older I’ve had opportunities to have alcohol and try all those things, but every time I think about that, I think of my mother and father and how it tore their lives apart. I don’t ever wanna have to put myself or someone else through that hell so that’s why I don’t drink or smoke or do drugs,” Hay said.

Realizing an alcoholic will only help themselves when they feel mentally ready will not only help them, but help the family members cope. A struggling alcoholic needs emotional stability and self-confidence before checking themselves into rehab.

Alcoholism, the nation-wide disease affecting 30% of families in America, may never perish, but recognizing the symptoms early mentally prepares a family for the damage that will soon intervene with their daily lives.