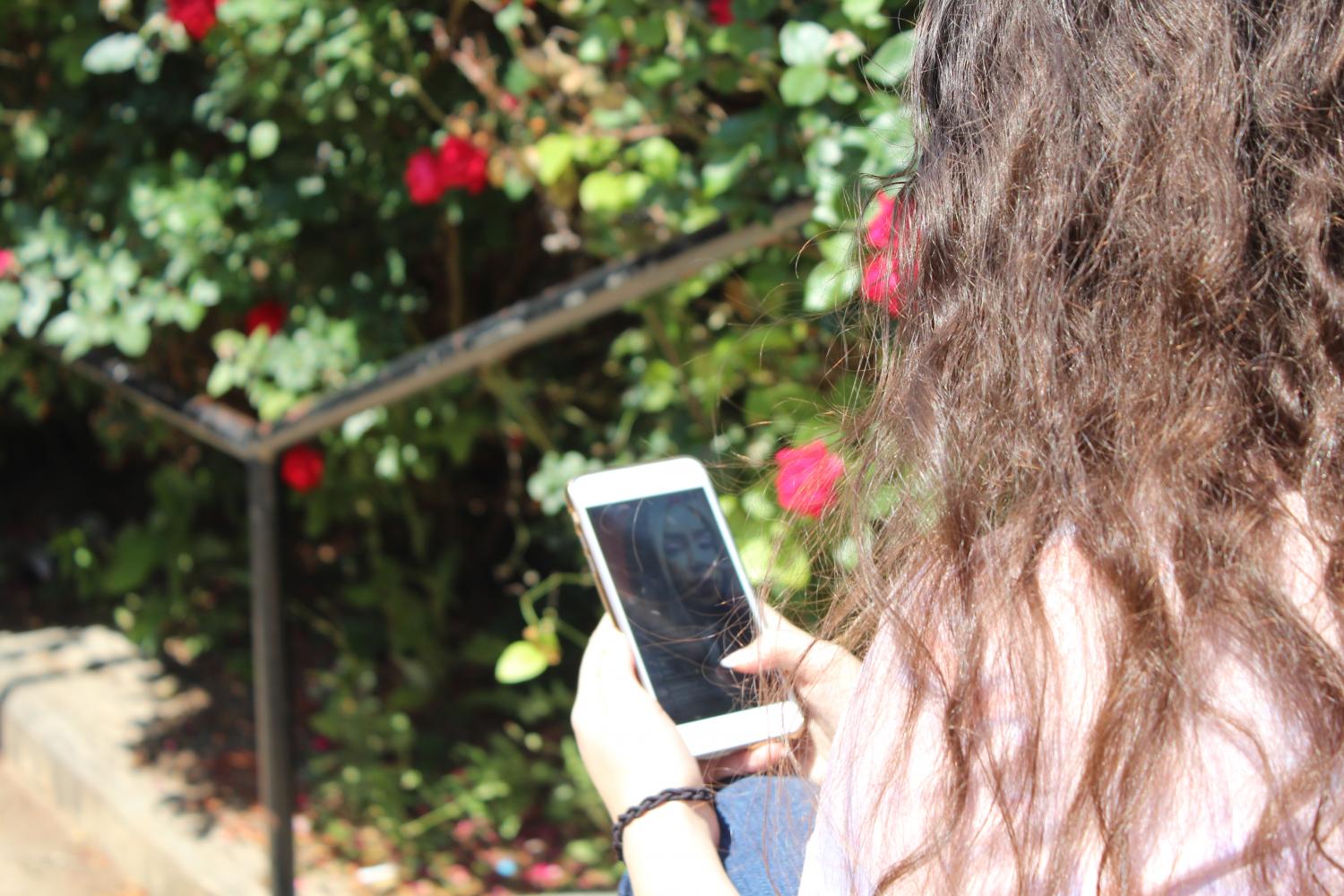 On an average Monday night, a massive boom unsettled Shaniqua Stephens’ Forest Park, GA home. When Stephens busted through her son’s bedroom door she found her teen boy lying in a pool of blood. Malachi Hemphill, in an attempt to “show off a weapon,” accidentally shot himself. His horrific and accidental death streamed live, visible to anyone on Instagram.

Everyday, adolescents unknowingly reach for their technology devices and maneuver themselves in a deadly web trapped with social media influences.  These influences create deadly trends which exploit the undeveloped adolescent mind and promises acceptance and a way into the social scene.

“I think trends influence teens because kids think it’s funny or that they want to experience it to fit in or have something to tell their friends,” senior Kallie Dever said.

Although these trends present entertainment, they pressure adolescents to participate in dangerous activities that will ultimately alter their lives forever. According to Child Trends, a youth research institution, unintended injuries rank as the number one cause of death and disability for children and adolescents in the U.S. among people ages 1-19 years. Child Trends also reports that these causes account for more than 36 percent of all deaths.

Exploring the cause of these prevailing injuries leads investigators towards an endless rabbit hole surrounding peer pressure, games, memes, challenges, and body modifications, all linked to social media.

Social media serves as one of the fastest changing industries in today’s world; however, this innovative change comes at a price. As social media gains popularity and usage from all sides of the world, the reach of social media pressures on the nation’s adolescent population increases.

“Peer pressure is so common within the social media world because some people don’t have the maturity to ignore what others are doing and don’t make smart choices,” senior Destiny Haynes said.

For example, a game called “Knockout” required players to consciously choose to recreationally assault and traumatize an innocent bystanders brain. The game typically involves either one forceful punch to the head or a more generalized assault to a random individual (typically standing or walking alone) without any warning or provocation, and without any ulterior motive such as theft or retaliation. The overall goal of the game lies in the victim’s unconsciousness, and assailants often video record the assault and boast about their involvement for notoriety on social media.

In another instance, “The Choking Game” first surfaced as a joke before reaching high schools through social media. The deadly game involves cutting off the oxygen supply to the brain through strangulation for a brief high. Numerous teens play using their hands or a noose either alone or in groups. A study conducted by the Center for Disease Control and Prevention, found that the game’s victims range in age from 6 to 19. The study also concluded that 96 percent of those participating in the game saw this life-altering challenge portrayed on Twitter.

“I saw it first on my Twitter timeline. I actually thought it was really stupid and didn’t believe it actually worked, but when I kept scrolling I felt like trying it,” junior Juan Reyes said.

Recent information from The New York Times suggests that popular musical artists stand in the blame for a teens impressionable mind. In fact, Tara Parker-Pope, a writer for The New York Times, states teenagers listen to an average of nearly 2.5 hours of music per day.

“I have my earbuds in 90 percent of the time,” freshman Katie Word said.

Nevertheless, one in three popular songs contain explicit references to drug or alcohol use, according to a new report in The Archives of Pediatrics and Adolescent Medicine. This statistic means that kids receive about 35 references to substance abuse for every hour of music they listen to.

“All they talk about in songs nowadays is getting high and not caring about the consequences,” junior Chelsea Scarborough said.

As a result, The Office of Adolescent Health states that approximately 4.7 million middle and high school students used substances in 2015, although substance use by adolescents declined substantially in the last 40 years. Nearly 1 in 17 high school seniors smoked daily in 2015. A survey conducted in the same year found that 65 percent of teens said they used social media daily. This possible correlation links the cause of teenage substance abuse to the admiration toward a teen idol’s social media presence and online accessibility.

In addition, studies show marijuana inflicts harmful effects on a teen’s developing brain as it contains more than 500 chemicals. For example, medical professionals detail that delta-9 tetrahydrocannabinol, known as THC, creates the drug’s psychotropic (mind-altering) effect. They also conclude this chemical distorts how the mind perceives the world.

“When teens see people they admire like Snoop Dog and 21 Savage smoking they think it doesn’t have any effects, so they basically think it’s okay to use drugs,” junior Arielle Kristen said.

Beyond this, the shadowy Blue Whale “suicide challenge” trend brainwashes a young adolescent into killing themselves. Researchers speculate that this “game” can reach a young teenager on social media sites if they endorse certain hashtags and get involved in some groups.

The Indian Express, a global news site, details that this game circulates globally and hacks into a user’s phone so they cannot delete it. Interestingly, this deadly trend’s scope of influence recently spread to Georgia and the Cobb County area.

“I heard about this game from one of my friends. It’s really scary that this is happening on social media. I just feel like we’re all so vulnerable,” junior and Cobb County resident Sarah Lamb said.

To continue, when “the blue whale” finds a victim, they ask them to perform tasks. The tasks start simply enough, such as watching a horror movie or waking up at odd times but eventually the game tells players to inflict harm upon themselves. The administrator of the game threatens those who get cold feet with the information that he or she will bring harm to them or their loved ones.

The Sun, an online news site, claims that the “Blue Whale” game has caused more than 130 suicides in Russia.

“I follow Kim Kardashian and she posted a photo on her Instagram of her wearing one. That must be why her body looks like a hour glass. I kinda want one,” junior Najda Sahovic said.

The waist-training trend works by compressing the waist, while pulling skin, fat, muscles, and organs tighter, which makes people appear slimmer. At the same time, wearing a waist trainer makes it harder for air to enter the diaphragm, leaving lungs starved for oxygen.

“Wearing [a waist trainer] for a long amount of time makes it hard to breathe, so you’re taking more shallow breaths,” Phillips says. “It can also lead to fluid in the lungs, putting you at risk for pulmonary edema or pneumonia.”

“The waist training trend has gone wrong for so many reasons! It makes you feel like everyone’s supposed to force their organs together to look beautiful when actually it’s causing serious medical problems,” junior Steavie Slaw said.

Memes capture photos of people, usually taken or posted without permission, with added text about the photo as a caption. Anyone can create a meme and easily share it on social media. Unfortunately, it comes at a personal cost. Memes start out as just photos, but can show an idea or person in an unflattering light.

“I use memes to show how I feel in certain situations where I can’t really say what I want to say,” junior and frequent meme poster Rahja Francis said.

All in all, the meme humor phenomenon affects viewers on everyday life and aims to stereotype and poke fun at groups of individuals through captioned pictures. Memes affect an individual’s political perspectives or opinions using humor as a persuasion tool. This holds a level of importance and deserves attention because memes may conitnue to influence teens’ opinions and actions through the use of humor.

With such visibility, Independent deduced that live streaming reveals a new dark side to social media no one can control. When adolescents see a tweet or photo, it quickly passes around. However, on Facebook live, Periscope, or Instagram live, the vast majority of a stream’s total audience will see footage, even graphic footage, the moment it goes out. In one disturbing incident reported on May 9, 30-year-old Adam Mayo barricaded himself in his house and posted nine live broadcasts showing his armed standoff with Tampa police. Despite the fact that Mayo brandished a handgun, and repeatedly promised to start shooting, Facebook moderators did not shut down the stream.

A day after that, on May 10, a 19-year-old French woman used Periscope to broadcast the hours leading up to her suicide, as well as the event itself. In archives of the video, still available on YouTube, an emergency worker eventually cut the feed. The pure negligence surrounding the possible visual impact and availability of these live streams on young adolescents only puts them at a greater risk for psychological damage.

“I saw the news report on that boy who shot himself live and realized how easy it would have been to view it,” senior Stephanie Garcia said.

In addition, research conducted by The American Psychological Association  suggests that graphic and widely circulated media images create dangerous public-health effects. For example, exposure to media violence can desensitize people to violence in the real world, cause fear of the world around them, or increase aggressive behavior and will to inflict harm upon others.

Finally, against all medical advice and reason, teens created the widely known “Kylie Jenner Lip Challenge.” This challenge requires participants to artificially plump lips with household objects in efforts to replicate the look of the then 17-year-old reality star. The Washington Post reveals that very young girls, significantly younger than Kylie, participated.

“After placing their lips into the shot glass, they suck the air out of the glass, creating friction. However, because the glass isn’t flexible, the shot glass can break under all the pressure, causing serious injuries that require stitches to repair,” Emily Orofino of PopSugar Beauty said.

Whether one logs onto Facebook, Instagram, Snapchat, What’s App, or Twitter, the way the people communicate and retain knowledge constantly changes. Convincing a teen to commit unthinkable acts no longer takes a face-to-face conversation, but instead a mere screen-to-screen interaction.

With just a simple click, more than one billion people using Facebook or Instagram every day can view pictures and videos and potentially act on it. In the end, social media is second nature, but its impact on the brain leaves society craving more than the human eye can see. 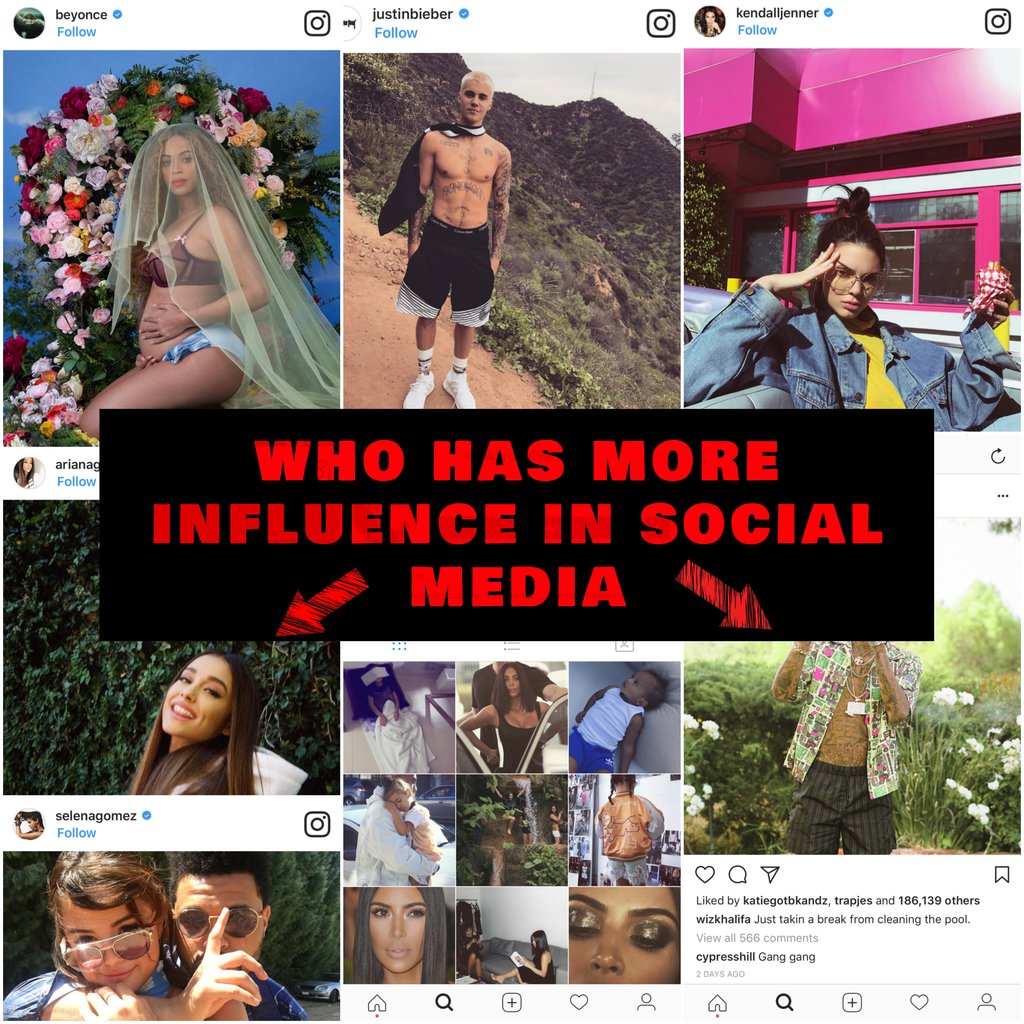