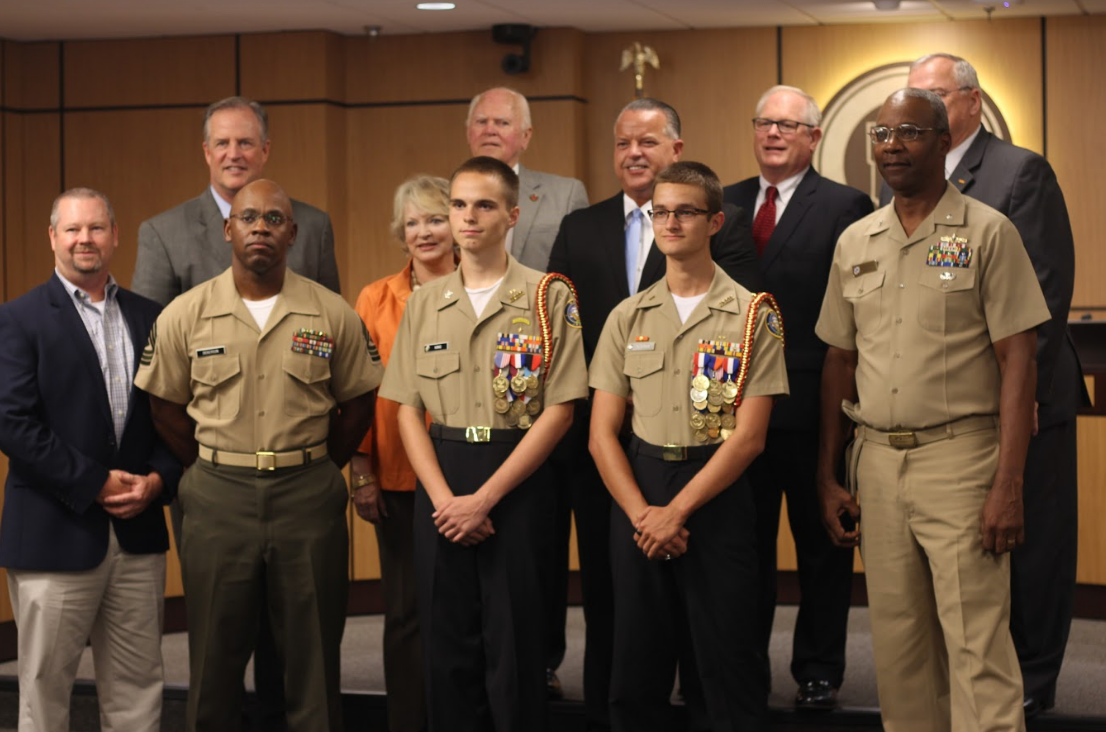 On Thursday, August 24, the Cobb County School District honored all members of the NC SkillsUSA Chapter who won first place for their competitions at last year’s State Leadership and Skills Conference. The NJROTC program also received recognition for winning their fourth straight Brain Brawl championship and for title of Best Team in all of Area 12.

The conference for the SkillsUSA members took place on March 23-25 and everyone in NC’s chapter took advantage of this opportunity to showcase their hard work. All of NC’s contest winners at the state level, aside from Sports Highlight Reel, Mechanical Drafting Display, and SkillsUSA Georgia Commercial, represented Georgia at the National Leadership and Skills Conference last June. Of those who competed at the national level, the two Career Pathway Showcase groups received a bronze medal.

“We all worked hard to get where we did and we did it all for Georgia, so for all of us still at NC we hope to be back at the top next year,“ senior Daniel MacAnn said.

Senior Dawson Bowman and sophomore Paul King received recognition for accomplishing their fourth straight national championship for the Brain Brawl NJORTC event, an annual trivia-based competition the entire country participates in. The team went through various different qualifiers to compete at the top stage, where they prevailed victorious once again.

“It was awesome to be recognized by the county for our four hard years of work, but this puts more pressure on us to repeat as champs next year. We’re ready for it,” King said.

Seniors Samantha Martinez, Malayna Rock, and Mahmoud Abusaid also received recognition for attaining the Best Unit Award of Area 12, which includes all high schools from Georgia and Northeast Florida (59 total). These determined students look to lead their unit back to the same award next year.

Those who received recognition for SkillsUSA at the board meeting and what competition they competed in include: