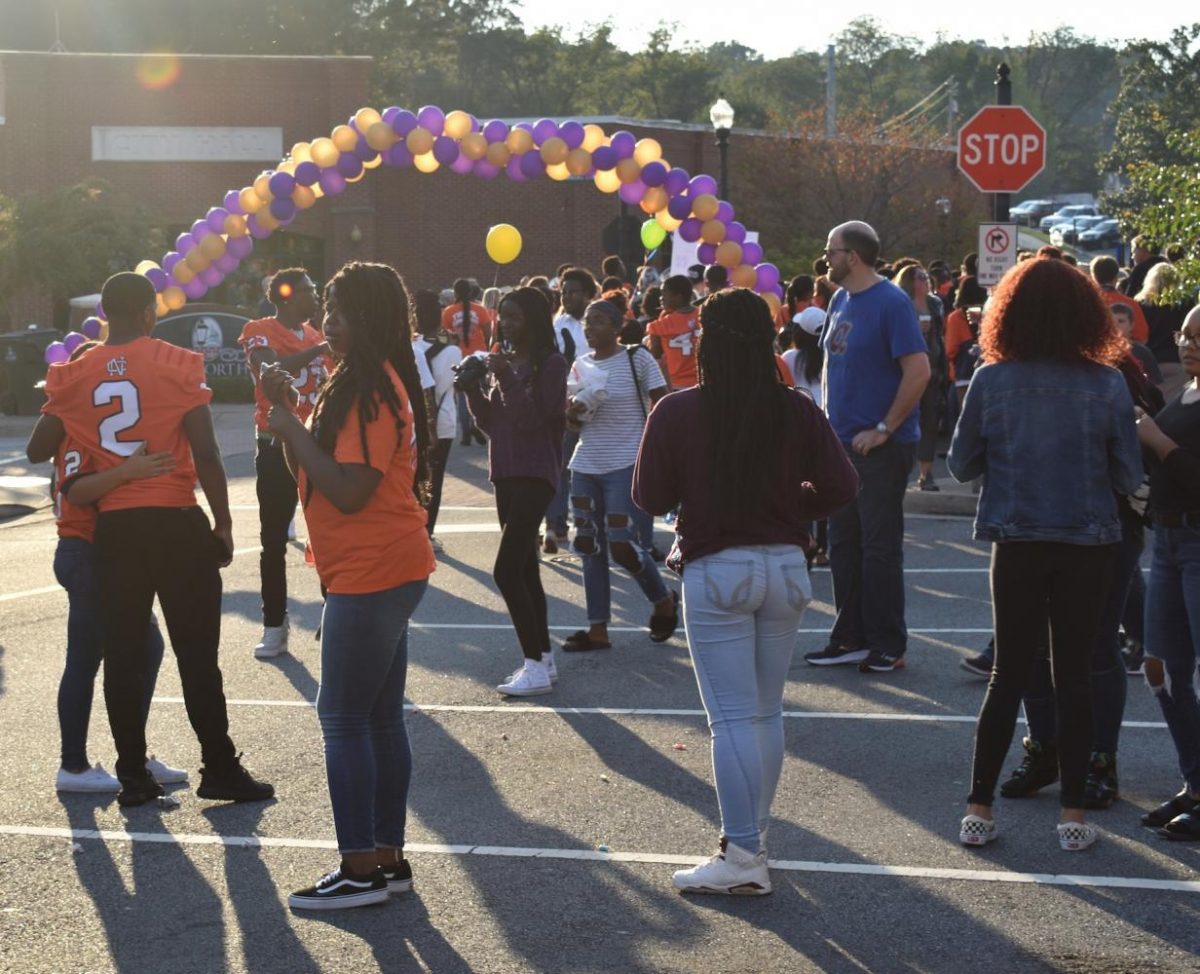 NC students gathered around the square in front of the DJ and the band, singing and dancing in celebration. TC members worked for months in advance to make the Block Party special and enjoyed making the community a more exciting place. “The people involved definitely seemed excited, which affects people and their surroundings. I was personally hyped up because of the marching band since they have fun and it makes you want to have fun with them,” sophomore Susana Negrete said.

Clubs alongside NC’s marching band lined up and marched through downtown Acworth, throwing candy and beads to the crowd. The homecoming princesses piled into vehicles while waving to the onlookers who cheered them along.

“We had everyone from the marching band to the football team, and various clubs such as TC (Tribal Connections), HOPE, and Relay for Life as well as sponsors and others at the parade which showed the different activities available at our school. It definitely made me excited for homecoming,” sophomore Susana Negrete said.

Special community members, such as Acworth icon Henry from Henry’s Louisiana Grill joined to support NC and participated in the Louisiana Mardi Gras theme, bringing beads of his own and a wide smile to encourage the celebration.

“I definitely enjoyed [the parade and block party] and loved how the community could just come together,” Negrete said.

Cotton candy, a DJ, popcorn, and an inflatable slide made the experience memorable for the whole family. People enjoyed the free food, entertainment, and spirit of homecoming.

Lively energy and heavy participation from Tribal Connections members made the event one to remember. Setup started as early as two hours after a full school day, and the students stayed until 8 p.m. to help cleanup and conclude the event.

Through dedication and support from the community, the parade and block party helped prepare students for the fun aspects of homecoming and the beauty of NC’s spirit.