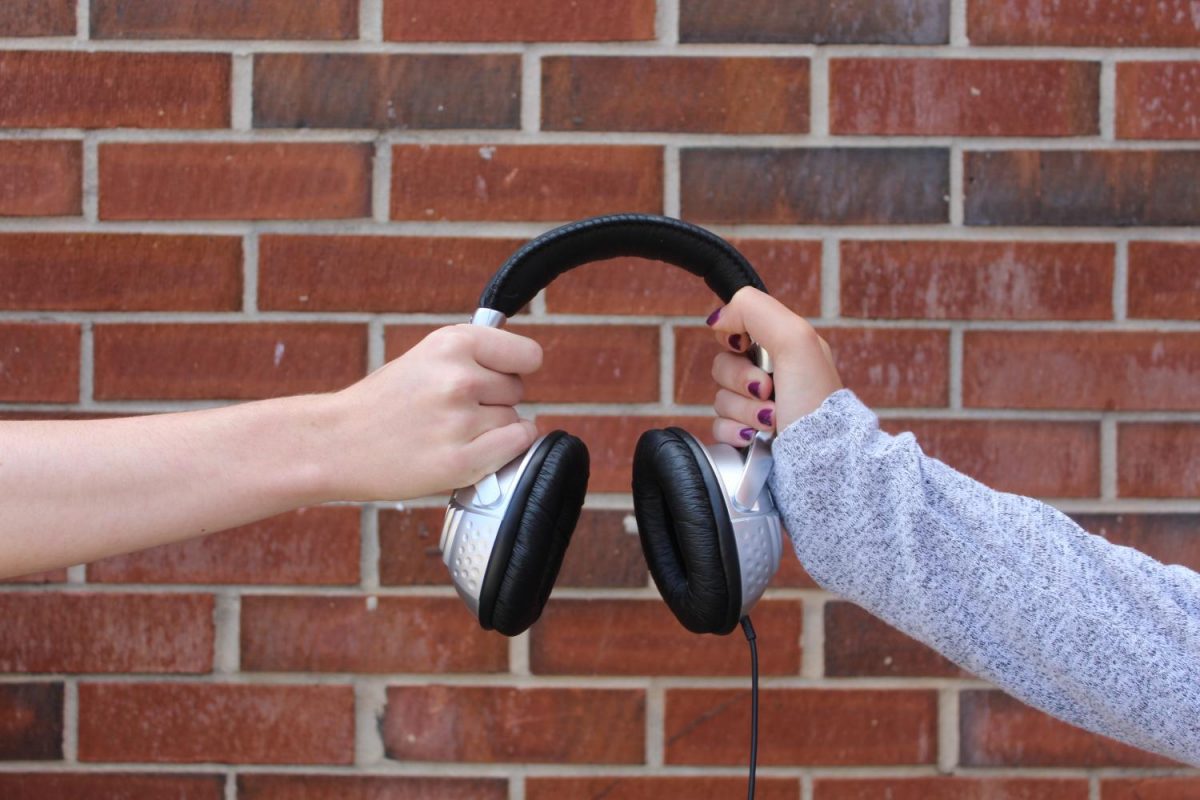 With their critically acclaimed 2007 album Boxer, Brooklyn alt-rockers The National went from well-regarded up-and-comers to undisputed indie royalty. Boxer’s best-known song, the much-lauded single “Fake Empire,” appeared on The Late Show with David Letterman and in Barack Obama’s successful first presidential campaign. The band maintained momentum on 2010’s lauded High Violet and earned themselves a Grammy nomination with 2013’s Trouble Will Find Me.

Consequently, fans and critics alike looked forward to this year’s Sleep Well Beast with expectations bordering on astronomical. The album almost immediately shot to the top of the rock and alternative charts. Whether Sleep Well Beast lives up to these expectations, however, constitutes another question altogether.

The National opens Sleep Well Beast with the charming but disappointing “Nobody Else Will Be There,” a ballad of surprising melancholy and emotion which nonetheless frequently sounds like a faintly twee retread of indie-pop clichés. Speed picks up with the second track “Day I Die,” one of the album’s four singles. An uptempo, drum-propelled rock piece, the song channels Arcade Fire with an excellent post-chorus guitar riff, but lead singer Matt Berninger never quite achieves the necessary vocal enthusiasm. On the third song “Walk It Back,” The National ventures into more experimental territory, combining electronic textures that recall early Eurythmics with personal emotion, political commentary, and an infamous alleged quote from a George W. Bush staffer —an ambitious mixture, but one that sadly fails to come together convincingly. 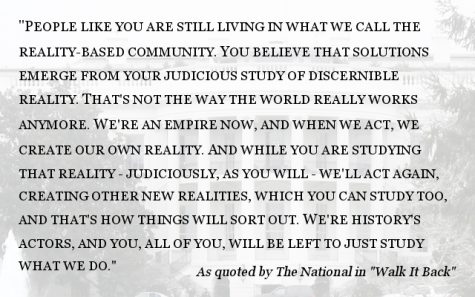 After the three initial disappointments, however, Sleep Well Beast finally launches into full gear with “The System Only Dreams in Total Darkness,” the album’s lead single and quite possibly its best song. A pounding, distortion-laden anthem of alienation, “The System” showcases some of Berninger’s most brilliant lyrics together with a rip-roaring solo from guitarist Aaron Dessner. The National keeps the streak running in the fifth track “Born to Beg,” a charming and disarmingly romantic piano ballad with faint jazz and Motown influences. The subtlety of that song then yields to the undiluted intensity of “Turtleneck,” a scathing attack on consumer culture in which hard-rock guitars and rhythms worthy of an Aerosmith record contrast with Morrissey-esque sardonic lyrical commentary. The band offers another minor gem with “Empire Line,” a downtempo, wistful synthpop requiem for a failed relationship.

The album unfortunately takes a downturn with “I’ll Still Destroy You,” the eighth song and the band’s apparent attempt at pure post-punk revival. Berninger’s typically inscrutable lyrics here, however, frequently come off as pretentious, and the sound resembles nothing so much as a mediocre Joy Division cover band. Sleep Well Beast then continues with a duo of two keyboard-driven songs about lost love. The first of the two, “Guilty Party,” shows initial promise with its unusual opening electronic rhythms, but experimentation soon gives way to a disappointingly mainstream pop ballad. Where Berninger’s text veered too far towards the obscure on “I’ll Still Destroy You,” here it takes an equally unfortunate turn towards cookie-cutter pop sentiment. Tenth track “Carin at the Liquor Store,” however, plays like a much better variation on the concept and theme of “Guilty Party,” with a beautifully melancholy piano riff and introspective, regretful lyricism to rival Robert Smith.

The brooding brilliance of “Carin at the Liquor Store” continues with “Dark Side of the Gym,” a pensive soft-rock ballad with delightfully literary lyrics and the second best song on the album. The album’s final and title song, “Sleep Well Beast,” ends The National’s newest effort on a satisfying, if imperfect, note, a poetic lament for a failed relationship that morphs into a fiery vow of revenge.

As an album, Sleep Well Beast aims high. The styles it explores run the gamut, from piano ballads to synthpop to post-punk to hard rock, and with the exception of “Guilty Party,” each song possesses a distinct originality. The scope of The National’s vision and the nearness with which they come to achieving it ought to command praise in themselves.

Sleep Well Beast’s breadth of vision, however, in a number of places leaves it remarkably uneven, with the band’s determination not to become predictable leading to frequently unconvincing and occasionally disastrous forays into new genres. Likewise, Berninger’s lyrics tend to swing from overly mainstream and sentimental to unnecessarily opaque, rarely, if ever, achieving the happy medium found on the band’s earlier work. Consequently, Sleep Well Beast never achieves the heights of such past albums as Boxer, but it constitutes a more than worthy entry in the catalogue of a remarkable band.