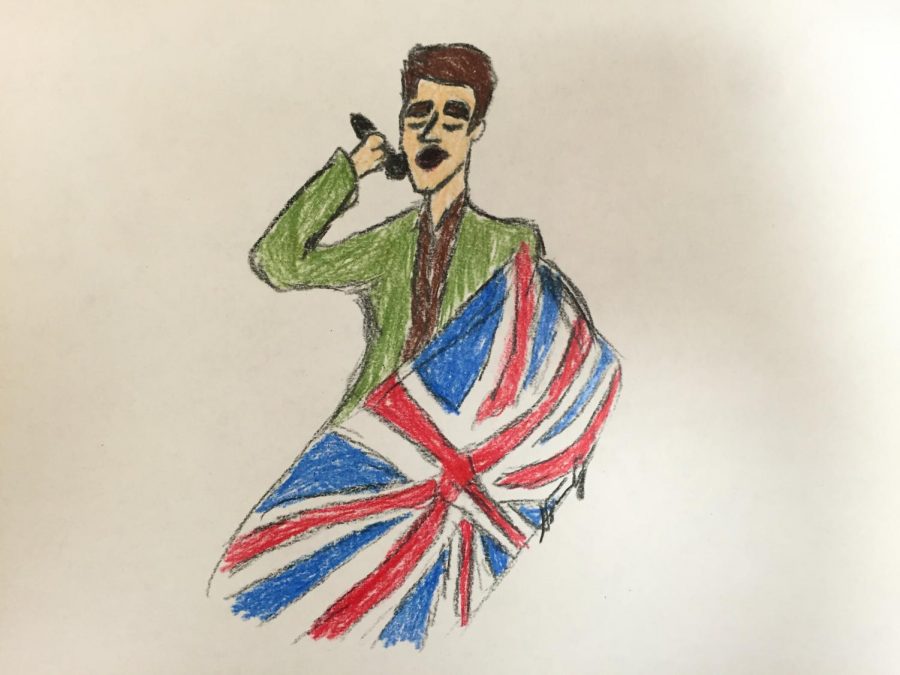 Famously mononymous British singer Morrissey first gained prominence in the 1980s as the frontman of the leading post-punk group The Smiths, turning out classic hits such as “How Soon Is Now?” and “There Is a Light That Never Goes Out.” After the band’s breakup in 1987, he embarked on a highly successful solo career, beginning with 1988’s Viva Hate that explored a number of new and different musical directions. Throughout his work, however, Morrissey’s original lyrical obsessions—alienation, sexuality, and idiosyncratic left-wing politics—remained sharply evident. He released his eleventh solo album Low in High School on Friday, November 17, to considerable critical expectation. Running for 12 songs and 53 minutes, Low in High School came promoted as Morrissey’s effort to connect with a new generation of fans of alternative music. Whether he achieves this goal constitutes a separate question.

The album hits a riotously rollicking starting note with “My Love, I’d Do Anything for You,” a surprisingly hard, bluesy tune about desperation for love amid societal decadence that sounds closer to heavy metal than to, say, “There Is a Light That Never Goes Out.” Next up, “I Wish You Lonely” sounds like a classic Morrissey song while trying to incorporate new synthpop and hard-rock influences; unfortunately, its attempts at epic scale and intensity fall decidedly flat, marking a sharp downturn from the promising opener. Morrissey slips again, albeit slightly less so, on the third track “Jacky’s Only Happy When She’s Up on the Stage,” which, despite delightfully dark orchestration reminiscent of Bauhaus’ “She’s in Parties,” once again falls short of its own pretensions to grandeur.

Thankfully, Morrissey returns to form with “Home Is a Question Mark,” a moving lament over the anonymity and atomism of modern society. For the next track, an infectious keyboard riff marks the start of the excellent “Spent the Day in Bed,” a hymn to life lived independent from societal expectations. The quasi-gothic “I Bury the Living,” although a good enough song musically with intriguing experimental passages, draws more attention for its brutal verbal assault on war and the military profession than for its inherent musical qualities. “In Your Lap,” the piano-driven seventh track, attempts an interesting lyrical conceit by contrasting massive global anxieties and the somehow more immediate-feeling pangs of romance, but the music here fails, as far too frequently before on the album, to carry the weight of the lyrics. The piano motifs of “In Your Lap” continue much more effectively in conjunction with Eastern-sounding rhythms on “The Girl from Tel-Aviv Who Wouldn’t Kneel,” a contrastingly musically charming but sometimes lyrically weak attack on what Morrissey sees as American imperialism in the Middle East.

The singer’s trademark sense of humor makes a brilliant return on “All the Young People Must Fall in Love,” which serves simultaneously as a parody of the kind of upbeat, inoffensive roots-rock frequently seen today on the alternative charts and a criticism of the impotence of Western politics. Morrissey combines this humor with romanticism and rather uncharacteristic frankness on the uneven but well-done “When You Open Your Legs.” The aggressive, epic techno cut “Who Will Protect Us from the Police?” might seem from its title to cover the subject of the Black Lives Matter movement and associated events, but in fact, the song tackles the current Venezuelan regime and its infamous repression of anti-government activists as its main target. The album’s final track, “Israel,” a paean to the endurance and perceived virtues of both the titular nation and the Jewish people, feels rather underwhelming, but the song’s haunting, dirge-like qualities make it a fairly worthy close to the album, if a less than ideal one.

From most other artists, Low in High School would qualify easily as, if not a great, then at least a good album. Given Morrissey’s strong track record, however, most fans would find it hard not to consider it something of a disappointment. Morrissey’s experimentation with new genres occasionally produces stunning results, but more frequently than not his attempts fall flat, leaving listeners painfully nostalgic for the sounds of his past work. His once-brilliant lyricism now tends to feel rather forced and clumsy at times, and his voice lacks much of the supple, crooning quality that made it famous. A number of standout tracks, such as “My Love, I’d Do Anything for You,” “Home Is a Question Mark,” “Spent the Day in Bed,” and “All the Young People Must Fall in Love,” come highly recommended, but only the most devout of Morrissey fans should purchase the full album.