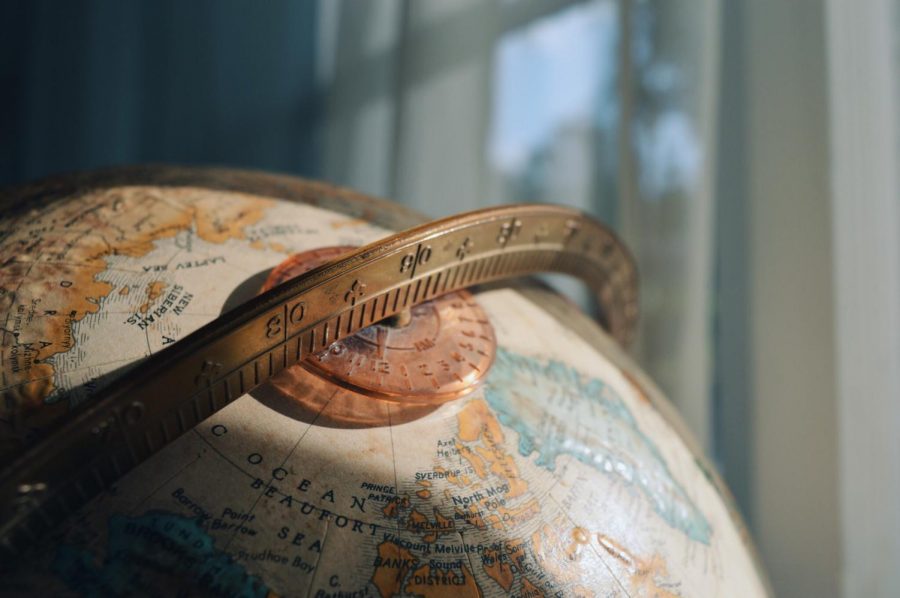 In the melting pot the US, speaking a second language other than English improves social skills at school, work, and in the general society. People who speak a second language communicate better and hold an open mind to cultural understanding in the real world. Learning new languages and embracing different cultures at a young age benefits the expansion of a young mind. Unfortunately, learning a second language does not start as early as it should. In the US, schools wait to teach foreign languages in high school.

“We had a Spanish program at Baker Elementary. We went once a week as one of our special rotations.  I think it would have been extremely beneficial not only to me in my future, but also to the kids who were coming to school who didn’t speak any English,” senior Brooke Phillips said.

During younger stages of life, our communication skills still develop. Kids who speak English in the US automatically gain an advantage in school. In Georgia, English dominates the communication and teaching in classrooms. Other than English to Speakers of Other Languages (ESOL) classes, students from other states or countries with little to no knowledge of the primary American language commonly become lost in making friends and academic comprehension. Non-English speaking students essentially suffer from only speaking a different language.

“I remember a girl in one of my classes had moved here from Mexico and she could not speak any English, and she really struggled with making friends and was brushed off as kind of an outcast because nobody knew how to speak to her,” Phillips said. 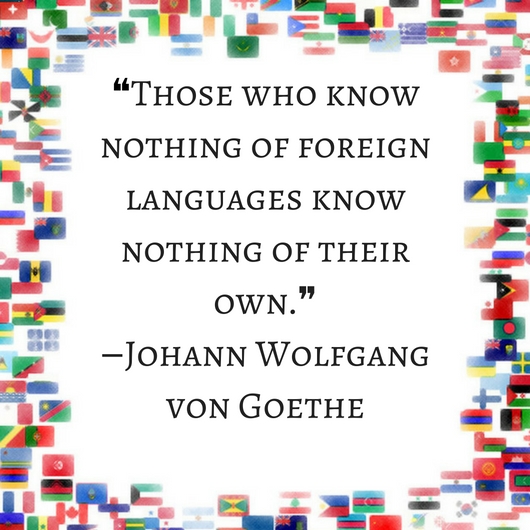 Taylor Teli
According to an analysis of the United States, a study shows that Georgia tops in ranking as one of the most diverse states in the nation. Foreign travelers come to Atlanta, Georgia looking for an urban, professional, and business like area to settle down. The diverse city attracts people from different cultures, societies, and back stories. Knowing a foreign language and learning English as a second language benefits citizens both socially and economically. The workforce opens arms to people from different places around the world, especially speakers of more than one language.

“I was born in Colombia and grew up there. I moved to the US after finishing college. I moved to US because I wanted to learn English to get a better job and open my opportunities,” Natalia Olmedo said.

Olmedo, a Certified Medical Interpreter from Colombia who came to the Georgia after learning basic English, works at a hospital helping Spanish speaking patients and English-speaking Doctors to communicate. The Medical interpreter profession continues to grow because accurate interpretation serves important roles for the safety and lives of patients. Without professionals like Olmedo, non-English speakers in the US with medical conditions would face troubles.

“For example, it is important for the doctor to know that the patient is allergic to penicillin. If that message is not clear the patient could die. Years ago, patients would bring their children to translate and that caused a liability problem for hospitals because a 5-year-old child doesn’t have the vocabulary to be able to translate medical terms,” Olmedo said.

Although Olmedo learned English before coming to the United States, she admits that English was harder to learn at an older age because pronunciation and words in her language differ.

“Before I moved to the US I knew basic English grammar and I thought that it was enough to be able to communicate, but I was completely wrong! Once in the US, I realized that people talk very fast (not like my English teacher in Colombia) and the pronunciation was very different from what I knew. English is not my first language. My native language is Spanish,” Olmedo said.

Children’s brains mimic a sponge, soaking up information easily. Young children readily learn simple skills. Less self conscious of speaking incorrectly, this allows children to learn new languages easier. Older language learners grow up aware of their first language, causing them to question why speakers say one thing rather than the other. Aware only of given information, children know nothing further.

Young children repeat what they hear and consistent repetition boosts their memorization. Growing up around one language being spoken in a household builds the idea of a languages as a whole. If parents or teachers taught children from childhood throughout adulthood, growing up bilingual would become a norm.

Taylor Teli
“The earlier is better to learn a second language. Because after early stages it is harder to learn a foreign language,” NC French teacher Mr.Thelemarque said. “When you are older, you ask more questions but when you are younger, you just say what you hear.”

Haitian native, Thelemarque, learned English while living in Haiti on path to achieve his goal to live in the United States. He taught in Haiti and came to the United States to teach French. Learning English later in his life troubled him and after teaching for numerous years, he admits that students who were familiar with French from when they were younger tend to have higher grades and better understanding.

“As long as someone continues to use the language they are taught, a younger age is better. Without consistent practice and real life involvement, it’s pointless,” Thelemarque said.

Various cultures and countries teach English differently according to the learner. The importance of learning the language at a younger age sculpts the accent, basic knowledge, and pronunciation. If taught a second language during infancy, incorrect adulthood skills become easier to correct.

“My native language is Spanish. I learned English after moving to the US. Learning English was hard for me. Training my tongue and lips to do sounds I have never heard before wasn’t easy,” Olmedo said. “English can be very tricky because the vowels have several pronunciations.”

The future of the diverse culture depends on the integration of foreign languages and cultures into the community. In 2014, a study from the Center for Immigration Studies shows that of those who speak a foreign language at home in the United States, 25.1 million (41 percent) told the Census Bureau that they speak English less than average and higher.