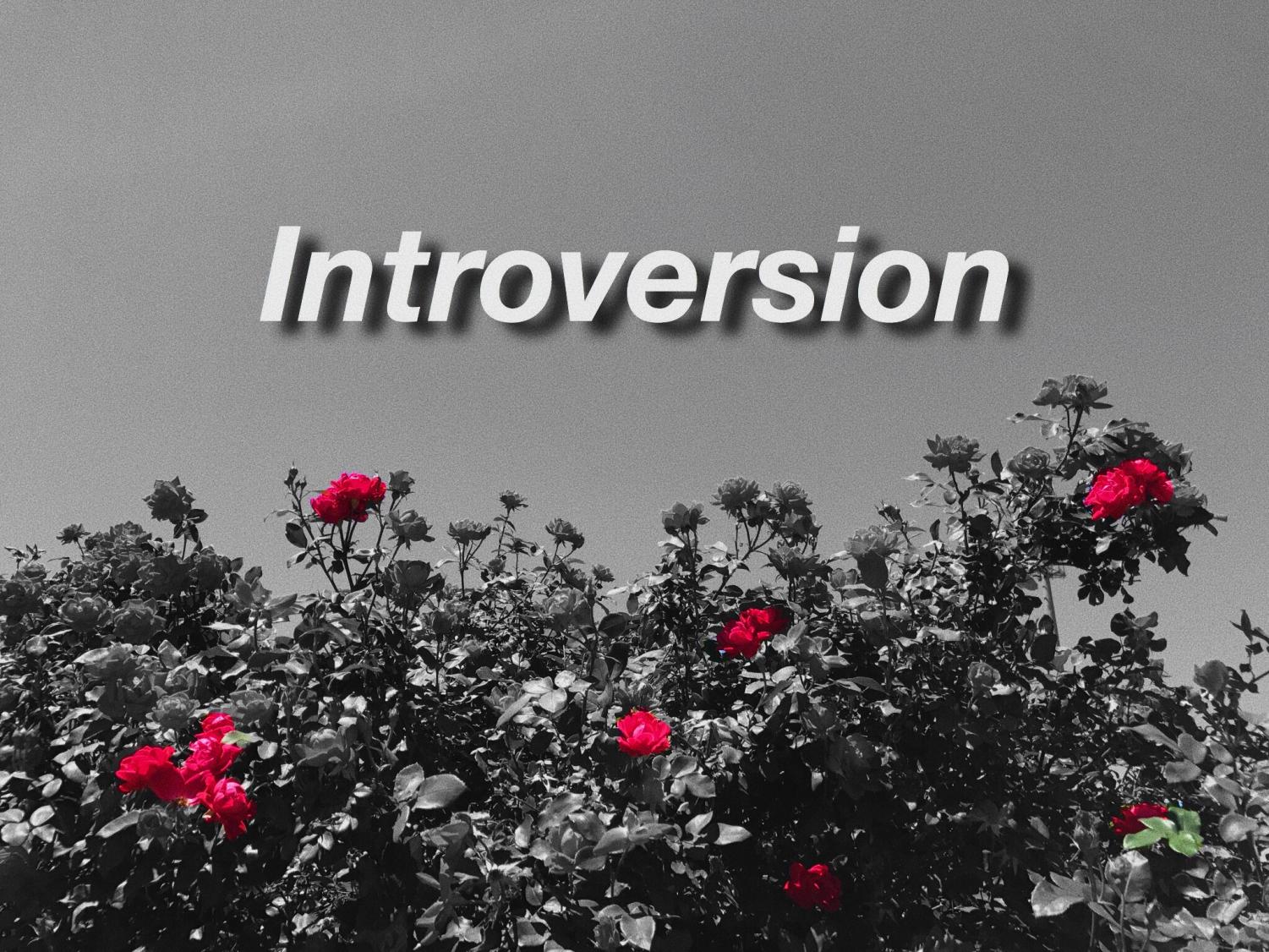 Introversion, or the intense feeling of the need for privacy and satisfaction from one’s own thoughts, results in the societal bias that introverts hold antisocial or shy traits. In reality, introverts love loneliness, but not the feeling of lonesomeness. To prevent this misunderstanding, we must teach others that quietness does not make you any less better than those who tend to speak more. (Nati Duron)

Introversion, or the intense feeling of the need for privacy and satisfaction from one’s own thoughts, results in the societal bias that introverts hold antisocial or shy traits. In reality, introverts love loneliness, but not the feeling of lonesomeness. To prevent this misunderstanding, we must teach others that quietness does not make you any less better than those who tend to speak more.

Quiet confidence: Introverts and the power of silence

Solitude, the state or situation of loneliness, plays a role in society. For introverts, it becomes the air that they breathe. Introverts possess the most powerful intellect, but their mind fails to believe it.

In today’s society, an extrovert possesses the characteristics of intelligence, happiness, and charisma. On the other hand, an introvert comes off as scared, timid, and not trying hard enough. The extent to which we falsely speculate a person’s exterior, based on society’s labels, ruins the beautiful idea of introverts. The world subjects to the misconception that if you hold outgoing, extroverted characteristics, one will achieve success.

Introversion, or the intense feeling of the need for privacy and satisfaction from one’s own thoughts, presents itself throughout historic figures. The greatest leaders, quoted and lauded for their traits, Rosa Parks, Abraham Lincoln, Mahatma Ghandi, and Sir Isaac Newton, each possessed introverted characteristics, even though they believed that they would never amount to anything. In the end, all of these leaders impacted the world, despite their characteristics of shyness and timidness.

Extroverts crave attention. They crave constant motion or enjoyment, whereas an introvert finds happiness in quiet and calm places. This bias of extroverted success appears at workplaces and especially in schools. Today, a teen who does not talk in class, raises his or her hand, or fails to speak in group works, comes off as lazy or frightened to share his or her thoughts.

In reality, introverts do pay attention in class, and they would love to express their feelings. The anxiety of answering incorrectly or other students judging their answer stops them. As a growing society, we must teach students and the children in this generation that working alone relaxes the mind, and that being independent helps students grow.

Reality shows that of out of every two or three people, one would classify themselves as an introvert.

To three female high schoolers who identify as introverts, though they know they exist everywhere, they feel as though people choose to ignore them. 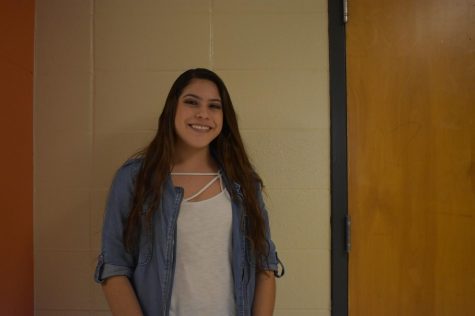 Nati Duron
Sophomore Sonia Gonzalez loves to explore and travel, and doing this creates a way for her to meet new people. She does not let the misconception that introverts do not like new people get in her way to explore the diversity of the world.

Sonia Jorge-Gonzalez, a sophomore at NC, identities as an introvert. She always knew that she seemed more shy than the other students, but she never allowed her characteristic to impact her academic life. Gonzalez feels like her silence and what some would identify as antisocial behavior affects her life, and it makes her an introvert. When she sees or hears an extrovert, she likes to listen to how they speak and finds the difference between her and the extrovert intriguing. Although Gonzalez rarely speaks in class, she does not become bothered when others call her “shy.”

In the midst of all her school work, Gonzalez discovered her passion for travel and the importance of learning new languages. Her friends know well about this affinity of hers, but sometimes fail to recognize it. At school, Gonzalez loves working in groups, but she does not prefer participating in class discussions.

“I don’t like teachers calling on me at all. It’s not where I don’t know the answer. I just don’t like [the concept of calling on random students]. Depending on the class, I’ll sometimes like it,” Gonzalez said.

Whenever she presents a project in class, she feels a wave of nervousness standing in front of a room with all eyes on her. Along with this nervous feeling, she feels afraid of social events when her friends do not attend.

Her friends support her, lift her spirits, and encourage her to love herself. Without a friend at the party or in the class, Gonzalez feels excluded and alone. She finds solace in her friends when she hangs out with them. With her peers, however, she feels as if they see her as someone else.

To prevent this misunderstanding, Gonzalez believes that people must teach others that quietness does not make a person any less better or capable than those who tend to speak more. The loud mind of an introvert does not compare to the loud mouth of an extrovert.

“I feel like there’s a lot to me, to my personality that they don’t know. I just don’t feel comfortable acting like that around others yet,” Gonzalez said.

On social media, Gonzalez does not express herself because of what her peers will think. In a society of free-thinking and prosperity, Gonzalez does not want to feel afraid of her peers or of school. Gonzalez, who loves to travel and explore the world, feels like that would not fit in society. She possesses the potential to visit any city or country with her passion and wants society to see that. 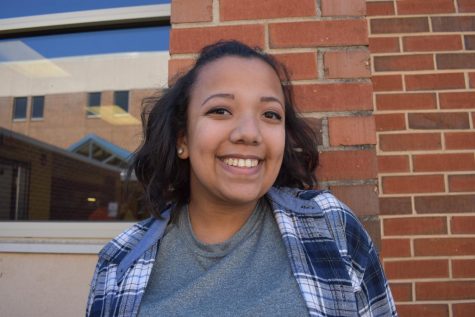 Nati Duron
Junior Moya Perez surrounds herself with outgoing, sociable people but still identifies as an introvert. She loves to see how loud her friends can be, and the difference between them and her soothes her introversion.

Imagine feeling anxious when in the center of attention; feeling like the world will cave in at any moment.

This feeling affects junior Moya Perez because of her introversion. She calls herself an introvert because of her quiet mouth and loud thinking. Academically, Perez cares about mistakes but does not feel motivated enough to better herself. She finds her peers that act sociable appealing.

“I love them. I believe that we all balance each other out, and in today’s society, we all just need to accept everyone for who they are, so I appreciate listening [to them],” Perez said.

In class, Perez rarely speaks, and when a teacher calls on her, she tries to bat her eyes and not make eye contact. She finds this situation awkward it makes her anxious. She also hates to present projects because it arouses her anxiety.

“Presenting is the worst. I get shaky hands and start to stutter. It’s just not fun for me to publicly speak,” Perez said.

Perez finds happiness in loving and helping others. She wants to study the art of helping others in college, and while her best friends know this, others do not ask Perez about her passion. She finds it extremely annoying when others call her shy since she does not agree with labeling others just from what they show on the outside. From the people around her in school, she troubles herself with anxiety from the crowding.

“Crowded rooms give me terrible anxiety. Especially since I’m kind of short, people tower over me and it’s a lot. For example, malfunction junction is just a big mess of anxiety for me,” Perez said.

Perez feels that others need to learn that to respect students with anxiety and introversion, rather than trying to change them, to better the overall school environment.

To her friends and family, she acts like her true self. Alyssa Sidler, Perez’s best friend for over 11 years, believes Perez should never feel shy because of her astonishing personality.

“I love every single thing about Moya, and how beautiful she is, and how she cares for others more than she cares about herself, and [especially] how selfless she is,” Sidler said. 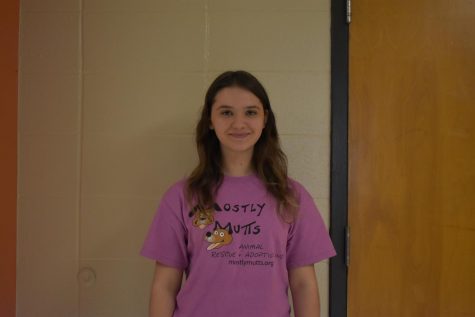 Nati Duron
Sophomore Maddie Sullivan believes that the label of “shy” creates a misunderstanding among introverts. She does not conform to these labels and never fails to express her individuality.

Sophomore Maddie Sullivan includes herself in the introvert category because of her focus on her own thoughts and lack of comfort around people she does not know, especially in crowds at school. Despite this, she never let the her introspective personality come between her academic life. In class, around extroverted people, Sullivan finds them overshadowing her and frequently talk over her.

She loves animals and plans to become a veterinarian. She hopes to inspire others with this passion, but believes most of her peers do not know nor care.

In certain social events, Sullivan finds herself clinging onto her friends as large groups scare her and intensify her anxiety. Situations like this stress her out, along with silly mistakes, because she feels all eyes on her. 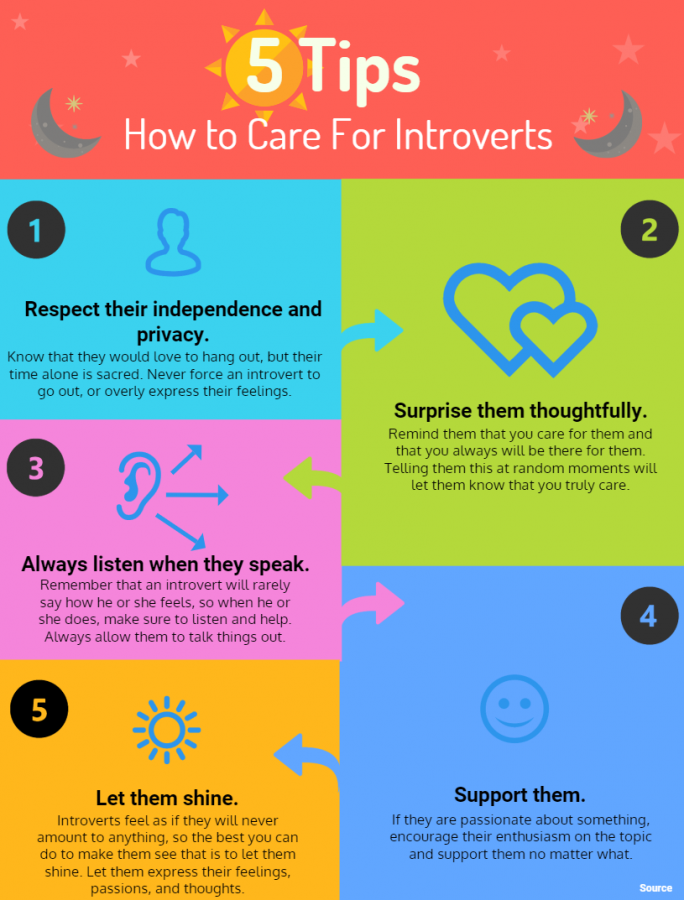 Sullivan prefers to participate as the leader in situations where she must contribute to group work. This type of behavior usually appears in introverts, as sometimes introverts like to lead groups and then watch the others talk.

“Posting on social media depends. I’m sometimes worried about what I post because I don’t want to offend anyone,” Maddie said.

To Sullivan, people misunderstand the personality of an introvert.

“The biggest misunderstanding to me is that we can’t be loud or outgoing all the time. Because even the quietest people get their loud moments, and it’s stupid words that categorize people that ruin how people see each other, because it’s more than what they think. Because everyone is more than just being quiet or shy,” she said.

Sullivan believes that all introverts, including herself, want to attend school without the stress of a teacher calling on them, or presenting a project. The teachers need to show more respect to the shy students, to further support their mentality of silence.

Misunderstanding an introvert became one of society’s gravest mistakes, as these quiet, powerful intellectuals contain the mind of a leader.

Look beyond the label of “quiet” or “antisocial” to meet a curious traveller, a kind-hearted, soft-spoken communicator, and a devoted veterinarian.