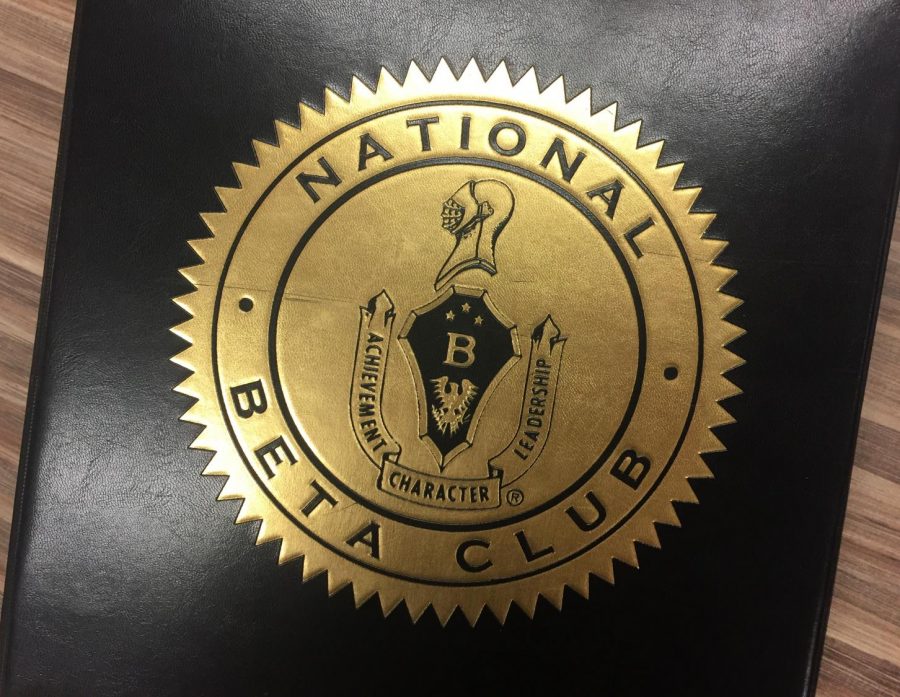 The annual first semester BETA Club induction ceremony took place in the library on Wednesday, January 10 at 7pm. New inductees, comprised mostly of freshmen, received their chance to officially become inducted into the club. BETA club works with other school clubs, such as Interact Club and Black Student Union (BSU), and local community organizations to make the Kennesaw-Acworth area a better place.

“BETA club is pleased and honored to have welcomed so many bright students with this past induction,” club president and senior Evee Watkins said.

Club sponsors Veronica Cook and Carolyn Galloway organized the event, and Watkins started off the night by welcoming parents and students to the ceremony. After vice president and junior Tara Anastasoff presented a speech about the volunteer activities completed by the club this year, Watkins recited the club’s pledge with the newly inducted members.

Induction chair senior Sarah Kent called each new member to the front one at a time. Watkins congratulated each individual as they walked to the podium, and each new member received a certificate and an official BETA club pin to commemorate their official membership.

“Those of you who are interested in joining, be prepared to do a significant amount of public service and keep yourself organized and well-scheduled,” BETA club sponsor Carolyn Galloway said.

Each BETA club officer then pulled a student from the crowd to present the four keys of BETA club: achievement, character, leadership, and service. The new members promised to uphold the requirements of the national chapter.

“I’d like to see BETA club be more about coming together as a community group to do good and to enjoy doing good together,” Galloway said.

BETA club will continue to serve both the school and the local community for the remainder of the school year. Their spring induction ceremony will take place in April to welcome even more members to the nationally recognized club.