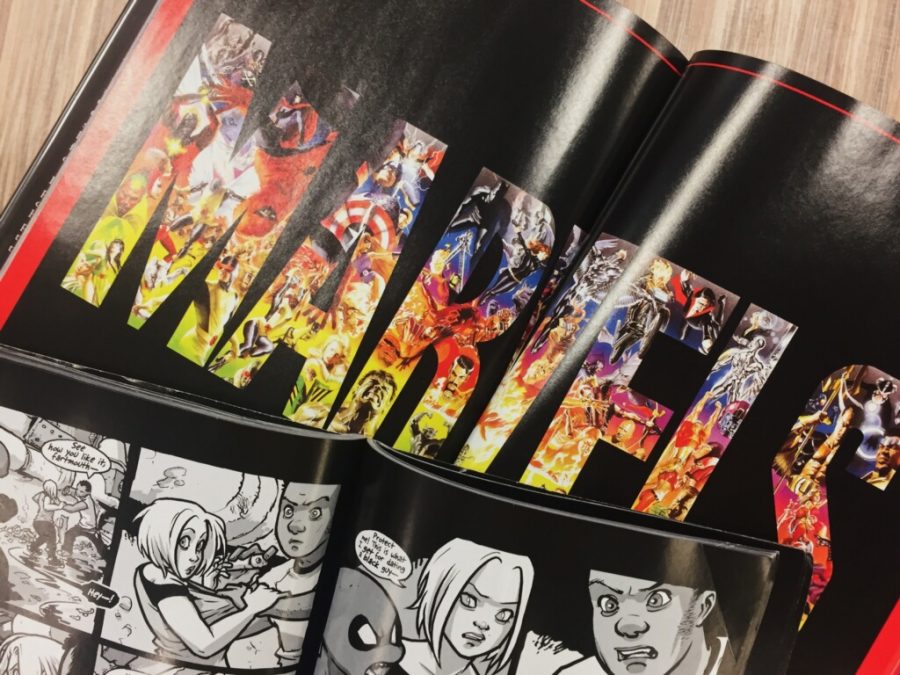 Marvel will continue its Marvel Cinematic Universe (MCU) legacy and turn the Black Panther comics into a movie. Hoping for yet another blockbuster, the movie will release in theaters on February 16, 2018.

Superman, Wolverine, and the Teenage Mutant Ninja Turtles all show how comic book characters can come in a variety of shapes, sizes, and origin stories. However, for much of the industry’s early history, superheroes rarely came in different colors. One character changed this stereotype: Black Panther.

Created by legendary duo Stan Lee and Jack Kirby in July of 1966 for Marvel Comics, T’Challa, or the Black Panther, broke the comic book mold of black characters previously only existing and forced to the background of the story. Becoming the first superhero of African descent, the Black Panther rules the fictional nation of Wakanda and serves as a premier member of Marvel’s primary team of superheroes known as the Avengers. Wealthy, powerful, and sage, Black Panther acts as one of the comic world’s most influential characters, helping to pave the way for the diverse heroes seen in modern Marvel stories. The Black Panther earned his due with his cinematic debut in 2016’s Captain America: Civil War. Portrayed by Chadwick Boseman, the character will star in his own self-titled film come February, and these five essential stories can help prepare viewers for the film.

Written by Christopher Priest with art done by Mark Texeria and Brian Haberlin, this run of comics introduced elements and characters essential to the character’s mythology, like the Dora Milaje, a group of all-female bodyguards tasked with protecting Wakandan royalty, and Everett Ross and the characters Nakia and Okoye, all of which director Ryan Coogler confirmed as essential to the upcoming film’s narrative. Priest also expanded on the previous lore of Wakanda, like the Panther god Bast and the Heart-Shaped Herbs from which his powers stem, both expecting to play a major role in the film.

Serving as the world’s first introduction to the world of the Panther, Jack Kirby and Stan Lee’s two-part introduction, while modest in its world-building, still serves as a must read. It introduces the basic elements of the mythology of Wakanda and its King, such as the indestructible metal Vibranium, and Wakandan technology and its sophistication. Issue 53 introduces the origin of both T’Challa and Ulysses Klaue, the latter of whom will serve as a central villain in the upcoming movie.

Starting in April of 2016, the most current run on the character also seems to inspire director Ryan Coogler the most. Written by author and journalist Ta-Nehisi Coates, this book removes itself from the rest of the Marvel Universe, instead focusing on Wakanda’s internal conflicts in the aftermath of events like 2013’s comic event Infinity, which saw the nation invaded by the forces of Thanos, the main antagonist in 2018’s Avengers: Infinity War. With his people’s faith in him compromised, Coates crafts a story not about a hero, but a king; one who must make difficult choices with long-standing consequences. Heavily focusing on Wakanda’s culture and technology, Ta-Nehisi Coates’ story reads less like a superhero story and more like a royal-political drama.

Erik Killmonger, played by Michael B. Jordan in the film, seems capable of bucking the trend of the Marvel Cinematic Universe’s villain problem. However, those unfamiliar with the comics might not understand his motives. Released in September of 1973, this issue paints Killmonger as a sympathetic villain, growing up in exile by T’Challa’s father after his family aided a plot by Klaw against their will. Rivaling the Panther in intellect and driven by a desire for the throne, Killmonger’s origin reads like a predecessor for the royal drama in modern television shows like Game of Thrones.

Throughout his publication history, the best Black Panther stories focus on Wakanda and its culture, rather than bold and brash battles against evil-doers, and Who Is the Black Panther represents the best example of this focus. Written by Reginald Hudlin, this run does just that by reimagining the Black Panther as a title passed on from warrior to warrior. Hudlin does not leave this concept alone though; he shows T’Challa interacting with a prior holder of the name, as well as an involved plot by members of his rogues gallery to take over his nation.