The Chant investigates The Chant: Newspaper’s history of falsification revealed 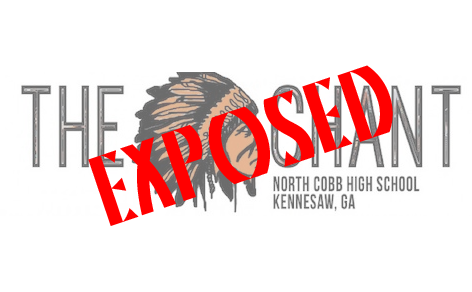 Until recently, NC’s students and teachers blindly trusted school newspaper The Chant to provide them with correct and current information. New investigations, though, reveal that the institution in fact has never in its existence published a true story. “It’s disgusting. I feel used,” junior Aang Ri said.

For decades, school newspaper The Chant has served as NC’s most important source for current events. Until recently, few doubted the veracity and validity of the paper’s reports. New investigations, though, reveal the shocking truth: No story printed in The Chant has ever actually taken place. Instead, each forms a part of an elaborate and devious system of complete falsification.

In other words, The Chant has built its venerable reputation by telling lies. It has lied about everything: lied about teachers, lied about students, lied about administration, and most of all lied about lying.

“I have no idea what you’re talking about,” junior Jacob Tutterow, The Chant’s copy editor, said when confronted with evidence of the conspiracy. “We take our journalistic standards very seriously. In fact, we pride ourselves on publishing only high-quality work like last semester’s fantastic pumpkin story.”

Now, though, the ongoing investigation has found evidence too blatant and disturbing to refute. In 2014, then-sophomore Sue Doe-Nimm, a writer for The Chant, discovered the paper’s secret. Rather than become complicit in the fraud, Doe-Nimm threatened to unveil the truth to the public. The Chant’s editors then locked her in a school closet and have kept her prisoner there ever since, with the meals her captors bring her producing the inexplicable smell of Chinese food that occasionally wafts into the hallways. To cover its tracks, the newspaper published a false story alleging that Doe-Nimm had moved to Minnesota.

“It was an incredibly traumatic experience,” Doe-Nimm said while taking in her first breaths of fresh air in four years. “Do you know what it’s like to spend four years of your life living entirely off of Mr. Wonton?”

At press time, FBI agents had begun to escort The Chant’s staff out of the building to face charges of libel, defamation, and kidnapping.

“And we would have gotten away with it, too, if it weren’t for you meddling investigative reporters.” The Chant advisor Lindsay Theaker said.