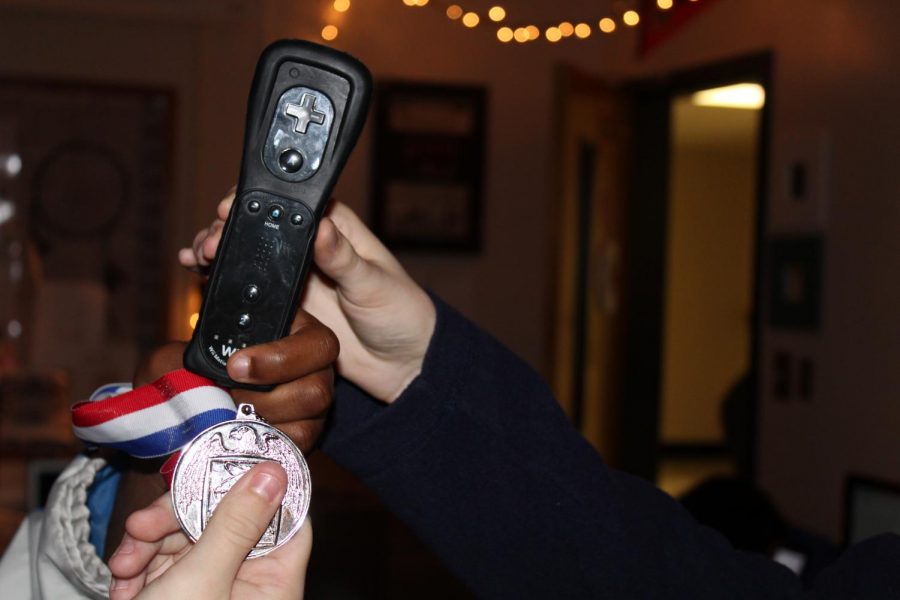 The North Cobb Wii Bowling League chapter recently participated in the NNWSL, or National Nintendo Wii Sports League, last month on the 4th of March. The team came together to pull through and win state against Southeast Bulloch High School in a nail-biter match coming down to the last frames.

The team travelled to the San Antonio PAX Prime convention, and festival celebrating video games and showcasing the new innovations the gaming industry has to offer.

Electronic sports, also known as eSports, has seen a rise in popularity in recent years with schools and communities across the nation forming independent teams to compete. E-sports are video games that have competitive multiplayer aspect in which teams can compete to see who is the best. Numerous video game genres are encompassed in eSports competitions such as fighting, first-person shooter, card, racing, RPG (role playing games) and MMO (massively multiple online games) and MOBAs (multiplayer online battle arena).

Head Captain sophomore Rey Knabble helped goad the team on to a striking finish against the competition. His leadership and abilities far surpass even his older peers.

Wii Sports Bowling is a complex sport that requires a high amount of dexterity. The team’s star, senior Nelly Trame, takes pride in his abilities and first string position, “I honestly think that our team is at the top of its game right now.  We synergize well and the new equipment like the Wii Motion Plus+ and new high end grip comforters helps immensely.”

The art of Wii Sport Bowling is more complex than one might see at first glance. Many veterans of the game attempt to master the Octavian Whipple Flip technique which involves altering the bowling balls trajectory in game using Wii Motion Plus+ technology and an in-game exploit deep in the games code.

“Basically you start out entering a sequence of inputs during each gestation period, the time while the announcer is announcing scores and transitioning players. Then during your follow through you flip and reverse the Wii remote in the palm of your hand. Afterwards you should release the remote and B buttons so it falls perpendicular to the floor,” senior bowler Jayleen Cyarter said.

The team managed to beat out and claim the state championship by a hair after a stellar performance over the course of the event. The final score, 287-292, signifies the amazing talent these new “e-athletes” have and, hopefully, they can only grow from here.