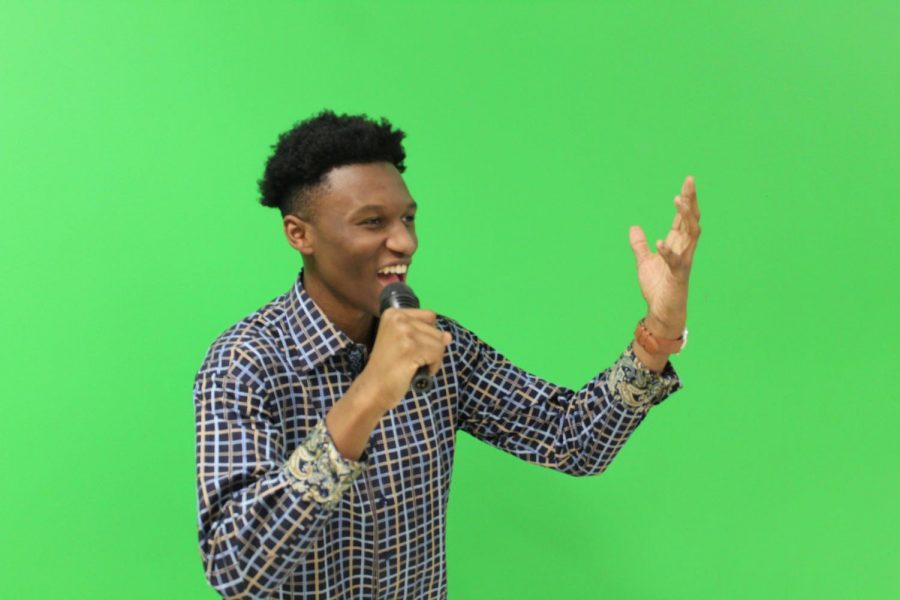 The rumor mill keeps churning, as whispers swirl of a talent scout at NC searching for the next Beyonce. Students around the school excitedly prepare for auditions, utilizing the new theatre and audio/video broadcasting rooms as practice space. Junior Zion Fitch rehearses his audition for his peers.

“We recognize at NC, the students’ talent is often looked over, and the publicity alone would not only benefit the students but the community as well. However we recommend students contain themselves and remain behaviorally appropriate,” Principal Bucky Horton said.

Because of this, NC released an official statement revealing their decision to implement a new competition in order to bring in more positive attention on the school. Teen Magazine reported that this new development remains ongoing and will occur in almost every school in the Atlanta area.

“One lucky student will be discovered after close monitoring from an undercover talent scout. They also however recommend students not throw themselves at the scout,” the official statement reads.

Also, any physical contact will be severely limited and restraining orders will be handed out if students cannot handle themselves accordingly.

“I have a little number picked out and the band kids have helped me with my performance. I will be tap dancing, and my costume will be the greatest thing you’ve ever seen. I will be discovered. This is my time. All the other students can just step down now,” NC senior Britney Pears said.

The scout’s identity will remain unknown, however according to US Weekly the scout remains the same scout who discovered artists such as Beyonce, Carrie Underwood, and Kelly Clarkson.

“This is crazy. I’m actually gonna kill this performance. I actually planned to trap [the scout] in the new theater and perform a song from the Sound of Music. I do break a couple glasses with my voice, but that’s only a clear indication of my pure talent,” junior Judy Andrews said.

Keep eyes peeled for new students who might ask some invasive questions about your singing, dancing, acting, or magic skills, starting April 1, when the scout enrolls.