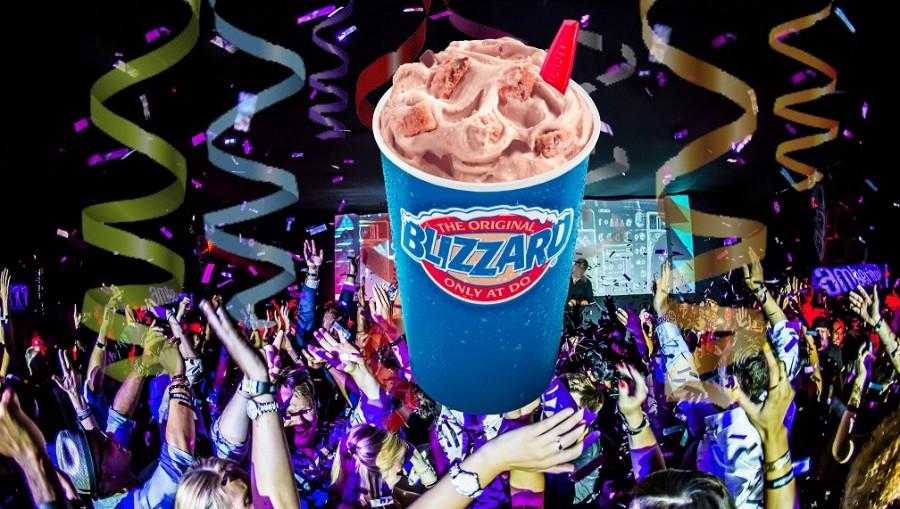 "I would create a party based on this blizzard," reviewer Sophia Mackey said of the tasty frozen treat.

When Dairy Queen chose the Chips Ahoy Blizzard as August’s Blizzard of the Month, life as we know it changed. Dramatic, I know, but sadly, the sweet dessert only lasted from late July to the end of August.

The sweetness does not stop there. On August 14, Dairy Queen donated $1 or more per blizzard sold to the Children’s Miracle Network Hospital to help children suffering from cancer. 2014 marked the year Dairy Queen donated a total of $100 million for Children’s Miracle Network over the course of 30 years. Knowing my DQ treat purchase would help ill children only further pushed me to buy a Chips Ahoy blizzard.

Luckily, Dairy Queen continues to serve up brilliant new flavors. This month, Dairy Queen offers an apple pie blizzard and a pumpkin pie blizzard. The two flavors compete for the best flavor of the month.

Although people will greatly miss the Chips Ahoy Blizzard, we hold out hope for any and all future Dairy Queen blizzard flavors, and blizzard fans will most likely never feel disappointed.

Junior Whitney Miller said, “Is there such thing as a bad frozen delicacy at Dairy Queen?”

Tasted the new Dairy Queen Apple Pie or Pumpkin Pie Blizzard? Vote for your favorite in the link: http://www.dqblizzardbattle.com/

The Chant’s grade: A