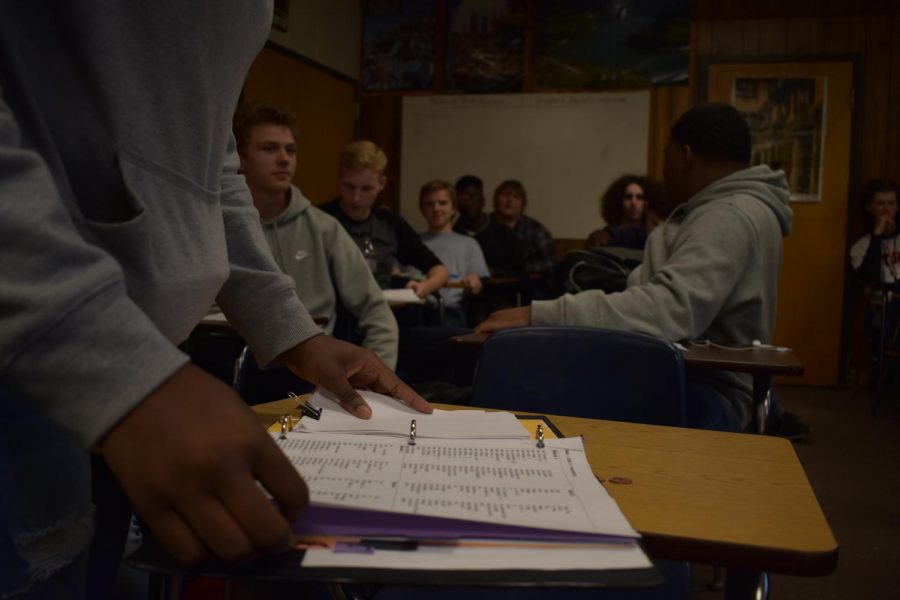 With the fervor to learn multiple languages on the rise and the unofficial establishment of English as a global language, unavoidably, one will experience different cultures and languages wherever they may live.

While roaming NC’s halls, one normally hears students conversing in Spanish or will run into one of the plenty foreign exchange students attending the school, fluent in both their countries language and English. An abundance of these students grew up with bilingualism, in a household where they had to learn two different tongues simultaneously. This sets them apart from monolingual students in several ways.

Language proficiency and language use of both tongues encompasses the vague definition of bilingualism. Difficulties arise when one attempts to concretely define it. Over half of the globe speaks two or more languages. According to the Associated Press, around 66% of children around the world grow up bilingual. This percent increases exponentially as time passes. Increasing globalization and cultural diversification begs diverse cultural and linguistic knowledge. Bilingualism provides known benefits and therefore gains more support and acceptance in today’s world. Bilingual kids create stronger bonds and relationships in and through their second language. They show more adaptability to change and thus prepares them better for in-the-moment flexibility. Speaking more than one language boosts intellectual growth and intensifies mental and emotional development

In early colonial times, America served as home to more than a dozen widely spoken languages. Over time, certain languages developed negative connotations, such as German during the time of World War II, and would essentially disappear from common dialogue. The large wave of immigration between the 1880’s and 1920’s prompted citizens to call for “Americanization,” meaning that each and every citizen, regardless of a possible immigrant status,  must learn in English and use it as common tongue. The law that established this passed in 1906, as the first language law to ever pass in America.

Most children born bilingual speak their parents native tongue much better than English and end up facing difficulties with communication when attending school for the first time. This aspect of learning exists as one of  the only drawback of bilingualism.

“As a child, my parents taught me nothing but Vietnamese. Because Vietnamese is my first language, it was really hard to learn English at first, and since I went to an English speaking school not knowing any English, it was challenging for me to make friends and communicate with my teachers. I had to take ESOL for several years to better my English writing and speaking skills,” Jennifer Dang, sophomore and fluent Vietnamese and English speaker, said.

Language links entirely to the brain. Humans contain the mental capacity for speaking several languages, if only they slowly build and exercise parts of the brain related to linguistics. Bilingualism develops skills such as inhibition (cognitively discriminating important stimuli from irrelevant stimuli), memory, and switching attention. Stimulating the brain by practicing several languages deters brain diseases such as dementia and increases the capacity for working memory. Because bilinguals have to switch between languages, they can also, unsurprisingly, switch between tasks more efficiently and quickly.  A bilingual person’s brain altogether functions more efficiently, adaptably, and on higher alert.

As of July 2017, 49.8% of NC students belonged to a minority population, with a minor but substantial portion of that population fluent in two or more languages. NC does not limit diversity of language. If one did not grow up bilingual and he/she wishes to learn a language in high school, NC offers 8 different language classes: ASL, Chinese, French, German, Japanese, Latin, Portuguese, and Spanish. These classes have up to 5 different levels of difficulty and each language teacher provides and displays engagement, accommodation, and passion for their subject. 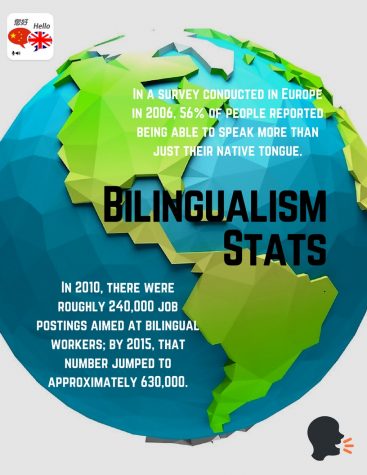 Jayden Stabler
“At NC there’s so much diversity, so many different people speak different languages and you meet a bunch of those people and you realize that there are so many other people like you, you realize that you’re not the outlier,” Leda Catak, junior, fluent in Turkish and English, said.

Language teachers face various challenges throughout their career. Teaching a language conjures the same difficulties as learning one for the first time. Each student understands and learns differently and teachers must try to accommodate each one. Most every teacher feels as if implementing language classes holds high importance due to the relevancy and mental enhancement that learning a language encompasses.

“The more languages you know the more beneficial it can become for you. You can use languages for communication, for travel, but for business it’s almost vital to know another language. Be adaptable, learn multiple languages,” German teacher Gabriele Sedlacek said.

Language requires teaching in a way that inspires interest and fascination. If one wishes to speak French then they should dive into French culture, incorporating books, movies, history and food. Interest sparks motivation, and motivation to learn provides the best in-depth learning experience.

“You never just learn a language. That would imply [that] it’s just a series of letters and sounds. For you to understand it, you really have to look at the shape of the language and the background. As such, you assimilate more than just words and phrases. Very frequently it can lead to a way of thought. To know a language you have to understand what all of these factors are,” Latin teacher multilingual William Browning, said. Browning speaks a substantial amount of Latin, Italian, German, French, Dutch, Greek, Welsh, and English.

Children who grow up bilingual sometimes report viewing the world and processing changes and information in different ways than monolingual kids do. Bilingual children generally display more open mindedness and they adapt to change and assimilate to other cultures quicker. It allows them to reach across communities and provide help to those in need.

“[Bilingualism] really constitutes my identity. It’s given me so many advantages in life. I am able to connect with a lot of people, it makes community service easier because I’m able to help a lot of people in need who don’t have the luxury of speaking English,” junior Esteban Alarcon, fluent Spanish and English speaker, said.

Certain languages can evoke different feelings and personalities. This happens for bilingual speakers especially having grown up with more than one culture. Languages have different feels and depths. One may find English insufficient to express themselves in, and switch to their second language to better communicate.

“If I’m speaking Turkish and I am in Turkey I feel more like myself. I feel like I’m being more genuine and sympathetic and more true to my character. But when I speak english, I feel fake. Turkish is more meaningful and deep, that’s why I have a Turkish blog with over 65,000 viewers because I feel like I speak to people more,” Catak said.

In the following video, Adesuwa Obasuyi explains her multilingual journey in Spanish: “Since I was a young girl I’ve always been around different cultures and different languages because my dad is from Nigeria and my mom has always told me that I need to learn another language and be exposed to new cultures. So, when I started middle school I decided to learn Spanish and I took that seriously and then when I got to high school I furthered my learning and I met my friend who also spoke Spanish and she helped me a lot and since then I’ve been able to speak Spanish.”