Ready Player One: Worth a trip to the theater 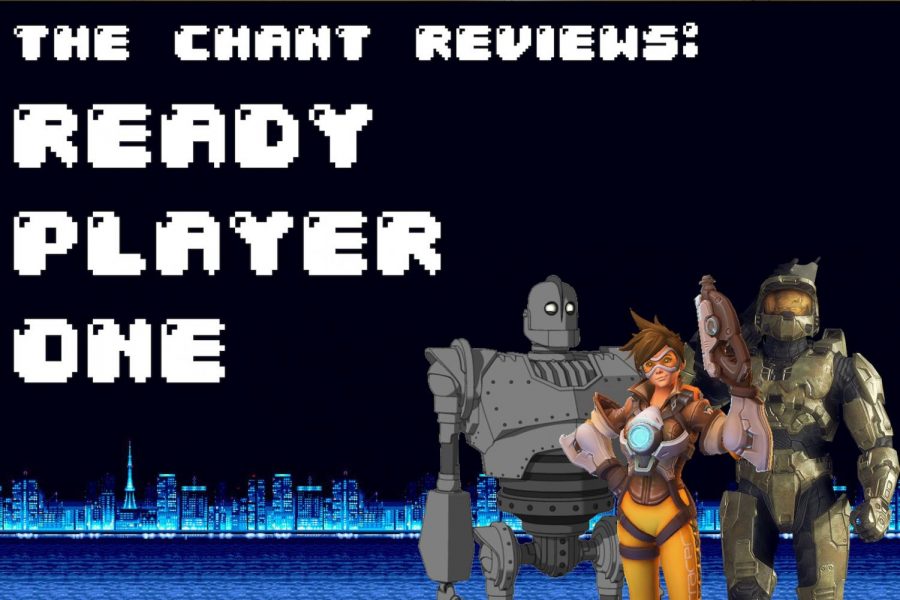 The newest film to the world of fantasy and adventure, Ready Player One quickly captures the audience's attention. A movie adaptation of Ernest Cline's bestselling novel, director Steven Spielberg brought his writing to life.

Steven Spielberg solidified his fantastic pedestal of films in the hall of the history of cinema with his latest wonder, Ready Player One. “Spielbergian” films thrive based on a simple premise—throw your audience into a brand new world, and let them explore. Ready Player One excites exponentially, allowing audience members a peek into the near future, and offers a warning for those paying attention.

Based on the best selling epic by Ernest Cline of the same name, Spielberg’s film feels more like fantastically done joyride of a film than the incredible epic by Cline. Cline’s novel takes course over multiple months, with more elaborate trials for the egg featured than in the film. However Spielberg’s film still manages to capture the heart of Cline’s novel and a fraction of the thought it provokes.

The film wastes no screen time, setting up the basis of the overall plot in a simple five minute expositional introduction before the title card. In the world of Ready Player One, the oasis, an online Virtual Reality (VR) connected universe of different locations, worlds, and experiences has consumed all of society. James Halliday, masterfully portrayed by Mark Rylance, with only subtle hints at his characters social awkwardness, created the Oasis and filled it with his favorite pop culture references. After Halliday’s death, he announces via a pre recorded video that there lies a hidden easter egg within the Oasis, and whoever finds it will inherit the rights and ownership of the Oasis. The film takes place five years after this, where only the most fanatic “gunters” (Egg Hunters) remain, and large corporations devote hundreds of nameless drones towards finding the egg.

Tye Sheridan plays Wade Watts or Parzival in the Oasis, a bland yet cringe worthy protagonist. Watts loves the Oasis and all that it offers instead of feeling like a genuine geek with specific interests—he reflects all of pop culture, making him feel disingenuous. Watts also embodies the worst parts of male culture, as he clearly sees the main love interest as a prize and instantly expects that she reciprocates the same feelings.

The love subplot symbolically represents the rest of the film in that, while the audience watches the characters adventure through the Oasis, the film ceases to impress with creative camera movements and unique perspectives throughout. Specifically, the race scenes that start the film, pop with eye candy and an awesome level of creativity. However, the scenes within the real world fall flat in every way imaginable. The shots lack creativity, and rely on “shot reverse shot” conversations and conventional angles that bore viewers. Even the acting in the real world scenes feels like that of a poorly written B movie with cringey dialogue delivered in a highly produced manner. The dialogue fails in reflecting how real people communicate and understand each other.

The film requires a certain appreciation or at least knowledge of a variety of all aspects of pop culture. The film does a fantastic job of incorporating all they do in a way that anyone can appreciate. However, one may appreciate the film more if they understand and realize all the references and plot points the characters follow. For instance, the final scene features mechagodzilla fighting a Gundam, or giant robot warrior. One can appreciate the scene for what it aesthetically and conceptually presents, but one could appreciate it more as a fan of Japanese anime or more specifically Gundam anime.

Overall, Ready Player One deserves a weekend trip to the theater as the atmosphere of a crowd adds infinitely to the cinematic experience.