Quaile makes a mark in politics on Abrams campaign 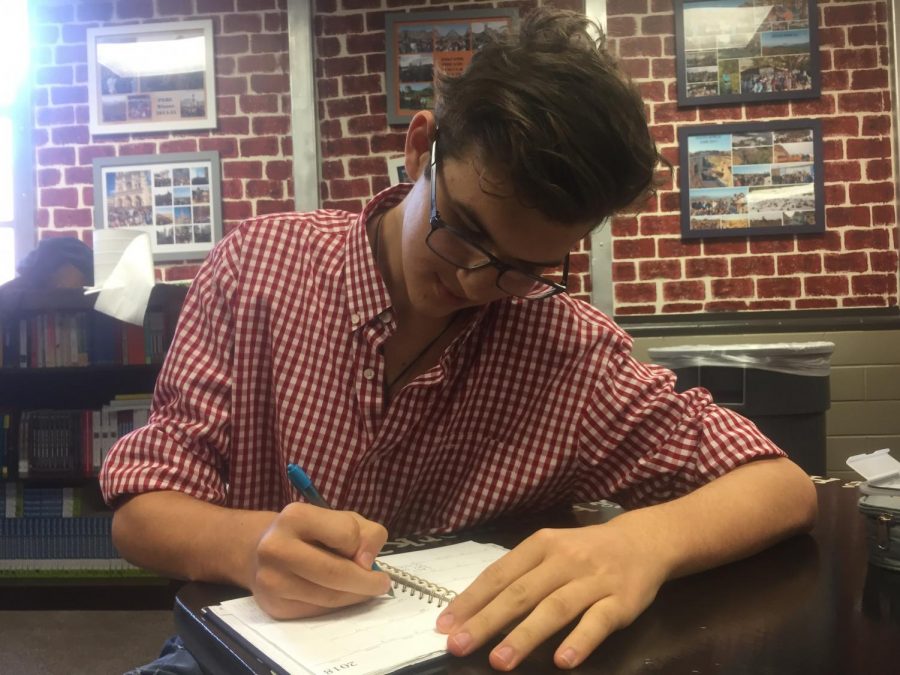 Sophomore Chandler Quaile continues to plan out the rest of his year, creating his schedule around assisting Abrams on her campaign and his recent acceptance into the month-long Governor's Honors Program.

NC’s students hardly lack an interest in politics. Discussions on leading issues, groups, and candidates fill the hallways at any given moment, and many students march in demonstrations to address problems ranging from the environment to the recently revitalized gun control controversy. Sophomore Chandler Quaile, though, takes a step even further into the political fray. Rather than stand on the proverbial sidelines, Quaile works directly within the electoral process, serving as a volunteer for Atlanta Democrat Stacey Abrams’s campaign for Georgia governor.

“I was reading the news, and I saw that Stacey Abrams was running for governor. I knew her from her work as minority leader [of the Georgia House of Representatives], and when I saw that she was running, I instantly knew that I wanted to help her,” Quaile said.

Before entering the gubernatorial race, Abrams served as a Georgia state representative for various Atlanta districts, gradually rising to become the leader of the chamber’s Democratic minority. Apart from her previous profile in state politics, Abrams attracted considerable media attention nationwide for her potential status as the country’s first black female governor.

Quaile’s involvement in the campaign encompassed a wide variety of activities, all working doggedly towards a prospective victory for Abrams in both the upcoming Democratic primary and November’s general election.

“So far, my work has entailed phone banking. I’ve gone to a lot of meetings, and I’ve also gone to some of her nursing outreach. I’m really passionate about nursing issues since my mom’s a nurse, so it’s nice to hear her talk. She’s just so educated and so passionate about helping the state, so that’s really nice to hear,” Quaile said.

“I’ve had some really cool experiences. I’ve gotten to phone bank for the first time ever, and that’s a really interesting experience— talking to people I don’t know and I never really get to meet, but talking to them about common issues,” Quaile said.

The work gave Quaile valuable experience for future involvement in politics, a field in which he plans to maintain an interest.

“I’ve gone to some of the Young Democrat meetings,…so that’s just been really new, and it’s been really interesting,” Quaile said.

Quaile recommends that other politically involved teenagers convert their passions into work on a campaign.

“They need volunteers. Even the slightest amount of time, if you volunteer twenty or thirty minutes, could mean so much, because that could be the difference between not reaching ten to fifteen people and reaching ten to fifteen people, and every single vote matters. Embrace it. It’s an amazing process. There are some people that are sitting on the sidelines, complaining about the political system and the things that are happening, and they don’t take action. Take action. Do something. Be the change that you want to see,” Quaile said.