Ladies varsity volleyball falls short on their kickoff to the season 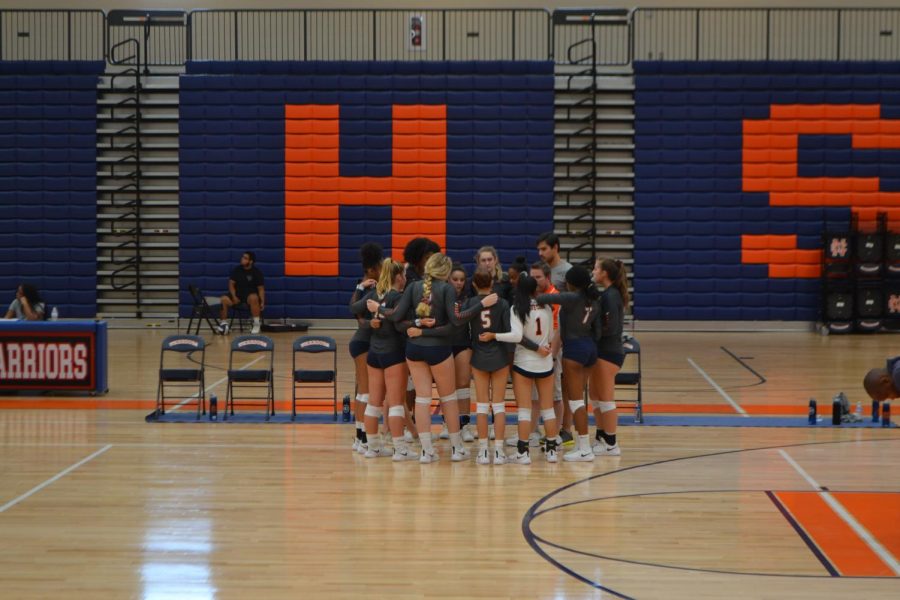 As the Lady Warriors prepare for their next set, they huddle around one last time to work out strategies. The team, desperate to pull out a win, comes to regain their composure.

The Lady Warriors faced adversity and suffered an unfortunate loss in their first home games against Etowah and Harrison on March 14, 2018.

Starting the match off strong, the Lady Warriors won their first set against the Hoyas with a score of 28-26, but let the second two sets slip through their fingers. Player momentum faltered, and the opposition took the advantage. The Hoyas returned with a powerful offense in the second set and attacked with strong plays, while the Lady Warriors responded with impressive digs and swings but simply lacked in defense. Although the Warriors’ defense fell short, teamwork made up for it and helped keep the players fighting.

“I feel like we really came together as a collective whole. We were all supporting each other. Even though we’ve had trouble with attitudes towards other players in the past, I think that we were really playing together as a team and not individuals,” junior volleyball player Cassidy Mason said.

Although spirits began to fade toward the end of the game, the varsity team appreciated playing in the new Arena. The gym provided a fresh start for the players to show off the immense training they endured before the start of the season.

“The Arena is so nice! It’s all brand new and it’s very wide, it has a lot of space for everything,” freshman volleyball player Chloe Johnson said.

NC welcomed the team with a new season to show their potential. Family and friends filled the seats, cheering for their favorite team. The environment, lively right from the start, gave the girls the support they needed.

As the girls persevered through the challenge of Tuesday night, they remain optimistic for future games. Ready to show their ability on the court and take the win, the varsity Lady Warriors will play against Walker’s volleyball team on August 21 at 5 p.m.