Area candidates for State House and Senate gear up for November 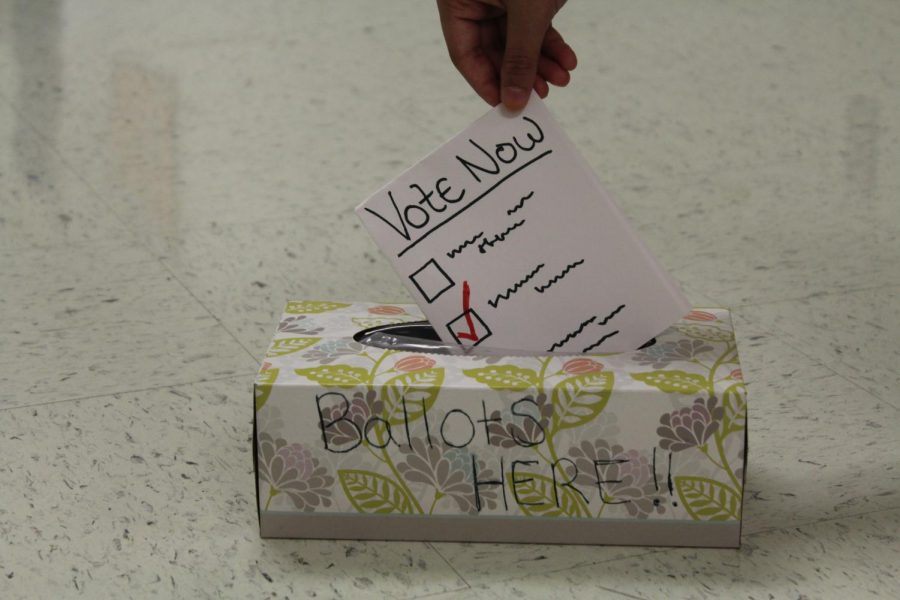 As voting opens in county districts, politicians begin the race for positions in both, State House and Senate. The diversity in parties attracts an engaging crowd to the polls. The race for candidate excellence in Georgia unveils in late November.

As the first midterms of Donald Trump’s presidency grow near, both United States and Georgia politics take on a disarming air of immediacy. Republicans, given full government trifectas both nationwide and in the state, now hope to prolong their majority for at least two more years, while Democrats talk excitedly of a coming “blue wave” amid the President’s declining popularity and the recent upsurge of left-wing political activism and involvement. Pundits and politicians alike eagerly discuss the moment’s implications for the future of Congress; the state legislatures, though, take considerably less notice in the public mind. Yet in the NC area, at least, a flurry of unexpectedly competitive races for state House and Senate positions may provide an intriguing look at the political dynamics of these unusual times.

In House district 34, the incumbent, lawyer Bert Reeves, will face off against Democratic IT worker Matt Southwell. Democrats’ future chances in the district look positive; the district gave considerably more support to Hillary Clinton in 2016 than the rest of Northwest Cobb, and Cobb’s changing demographics may well lead to a permanent shift from red to blue. Reeves, though, a two-term lawmaker perhaps best known in the Capitol for passing a stringent anti-gang bill, retains significant personal popularity and positive media coverage. Moreover, Southwell, a self-described Bernie Sanders supporter who advertises himself with the slogan “Vote Well. Vote Southwell” and bears an uncanny resemblance, long hair, beard, and all, to Led Zeppelin singer Robert Plant, may lack the campaign polish or policy moderation to endear himself to swing voters.

The race in House district 35 attracts the most keen interest and involvement from NC’s own community. Fairly recent NC alumnus Kyle Rinaudo, who graduated from Georgetown University and now works as a music instructor, ran a well-organized, high-profile campaign for the Democratic nomination, earning significant interest from NC students and teachers; the party’s nod, though, went in the end to restaurateur Salvatore “Tore” Castellana, whom Rinaudo endorsed. The incumbent Republican engineer and Army veteran Ed Setzler came under considerable local fire of late for his strongly conservative positions on gun issues, and Castellana earned non-negligible notice for himself. Among various campaign stops, he appeared on Friday, August 31 at NC to speak to the school’s Politiclub organization.

Meanwhile, in House district 36, the retirement of right-wing Republican firebrand Earl Ehrhart led to a surprisingly competitive race for his successor. Ehrhart’s wife, retired teacher, cookbook writer, and radio host Ginny Ehrhart, narrowly defeated pastor and youth football coach Tom Gray in a contentious battle for the Republican nomination. The latter Ehrhart will now face lawyer and community organizer Jen Slipakoff in the general election; while Slipakoff will need to campaign hard to overcome the district’s Republican lean, allegations of nepotism and lingering ill feeling toward Ehrhart from the primary may well shift the tides in the Democrat’s favor.

Finally, the race for the highest-profile catch, Senate seat 37, became, for the first time in several years, an actual race. Longtime Republican lawmaker Lindsey Tippins finds a Democratic challenger of his own in Chicago-educated appellate lawyer Andy Clark. Clark attempts to cast himself as a relative moderate for voters discontented with the sharp rightward turn of the Trump-era Georgia GOP. Tippins, though, keeps nearly a decade of incumbency and an unimpeachable local reputation on his side, and even should every House seat in his district go blue, Tippins might still keep his place in the Senate on positive name recognition alone.

The recent burst of Democratic activity and involvement, then, produces a set of northwest Cobb races far more interesting than those seen in decades past. Though to christen the NC region, a newborn blue or even purple spot on the Georgia political map would constitute a recklessly premature announcement, the fact remains that local Republicans can most likely no longer count solely on incumbency to tide them over to the next election. Regardless of which party or candidate one supports, one cannot doubt that Cobb takes its place among Georgia’s, and arguably America’s, more intriguing political battlegrounds. The echoes of this shift may well resonate in Georgia politics for years and even decades to come.