The Nun hits theaters: Grab your rosary and run 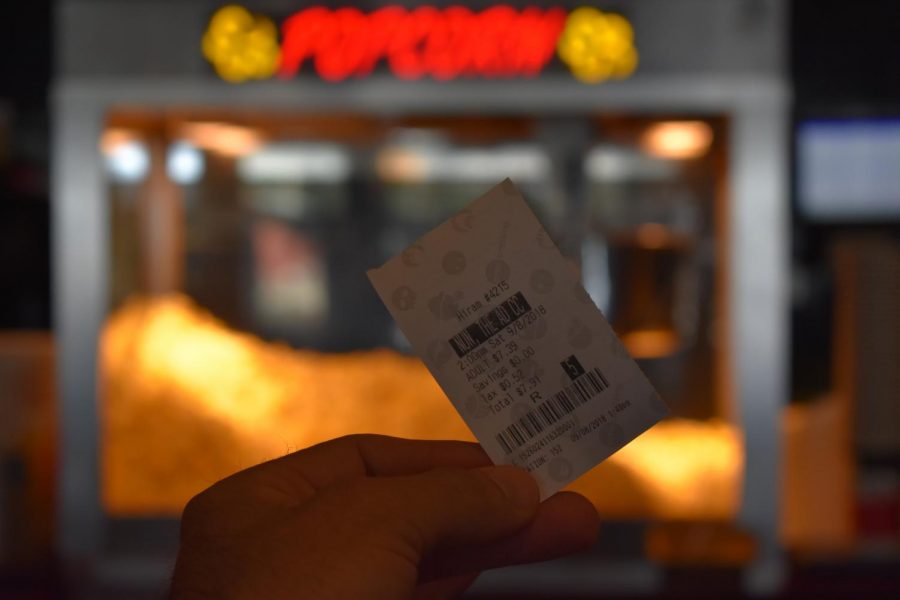 As eager viewers queue the premiere, the aroma of buttery popcorn fills the theater. The lights dim and the crunches begin. The classic salted and buttered kernels that start out in extra-large buckets scatter the floor before the credits roll. Horror movie watching tip: do not try to cover your eyes and ears with hands full of movie snacks!

As the leaves start to change and the breeze turns brisk, Mother Nature triggers fall festivity. With Halloween just around the corner, Warner Bros Pictures released The Nun on September 7.

The Nun’s exposition begins with two Nuns opening a door engraved in Latin, “God Ends Here”. As anticipated, a demonic entity escapes from Hell, leaving a trail of anguished screams down the chapel hallway. To avoid possession, one of the sisters jumps from her windowsill, hanging herself. The next morning, Frenchie, the delivery boy, discovers the dangling corpse, prompting The Vatican’s investigation.

Posed in 1952 Romania, The Nun’s primary setting embodied an ironically unholy chapel blanketed with fog, plague-dated cemeteries, and a hazed lake. The scenes vividly captured the ominous mood and adequately set the foundation for fear.

The demon featured in The Nun, Valac, appears in two renowned horror films: The Conjuring and Annabelle. Similar to the prologue for both flims, The Nun explains Valac’s birth: an unfortunate result of an ancient duke’s necromancy summoning a demonic entity from the catacombs. By integrating two applauded thrillers with a creative twist, The Nun attracted sequel followers and a new audience.

Quintessential to other horror movies, The Nun incorporated orchestral fortes to emphasize its jump scares—the typical way to spook an audience. By relying on cliché suspense, the film moderately discredited it’s notable cast and plot.

Although predictable, the pop-ups and satanic face flashes left the audience gasping and projecting popcorn into the air. After watching the movie and returning home, fans will likely find themselves scurrying from their cars to their sheltered homes in efforts to escape the eerie dark skies.

Leaving viewers on the edge of their seats and gifting subsequent nighttime uneasiness, The Nun would satisfy all Annabelle and The Conjuring fans, as well as anyone trying to soak up spooky season spirit.