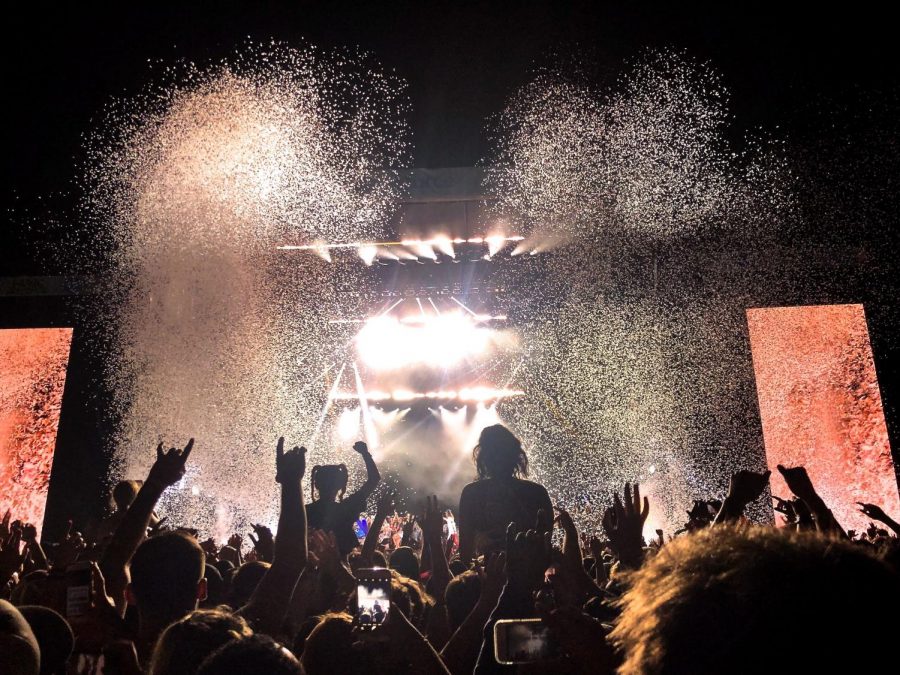 Before headliner Post Malone performed on Saturday night, the band Thirty Seconds to Mars put on their show on the Salesforce Stage at 7:45. Thirty Seconds to Mars, an American rock band, includes the brothers Jared Leto and Shannon Leto. The band performed many of their top songs, including their most popular “The Kill” and “Walk on Water.”

Music Midtown, Atlanta’s most anticipated music festival of the year, enchanted participants as they listened to 36 different bands in Piedmont Park on Saturday, September 15 and Sunday, September 16. The headliners this year included Fall Out Boy, Imagine Dragons, Post Malone, and Kendrick Lamar. Each concert lasted an hour, except for the headliners who performed for about 20 minutes longer.

“What I loved most about Music Midtown was getting to see my favorite artist—Post Malone, of course—with my best friends, and it was such a cool atmosphere,” senior Maggie O’Bryan said.

Music Midtown used four different stages to put on the 36 separate concerts: Cotton Club Stage, The Great Southeast Music Hall Stage, The Roxy Stage, and Salesforce Stage. Multiple concerts occurred at the same time on the four stages, which forced festival-goers to pick and plan which shows to attend.

“I love Fall out Boy so much, but I could not miss Post. I’m such a huge Post fan, but they really made it hard for me to pick,” O’Bryan said.

“I loved all of the performances and listening to all the different types of music. The variety of music was really cool because we could just chill and lay in the grass and listen to The Aces or we could jump around and act like fools while listening to Bazzi,” O’Bryan said.

Although the music made all participants amped and ready to dance, the food made people’s bank account unhappy. One slice of pizza cost $8 and a lemonade cost $5, so a full meal at Music Midtown forced people to spend just around $20—and no outside food could enter the park.

After two full days of music and dancing, Music Midtown put smiles on all the guests’ faces. The festival, a huge success, gave students new music and memories to last a lifetime.

“I cannot wait for Music Midtown next year. This was one of the best times of my life. Music really is the best thing ever,” senior Sam Barnhart said.