McCartney gets back to music on Egypt Station 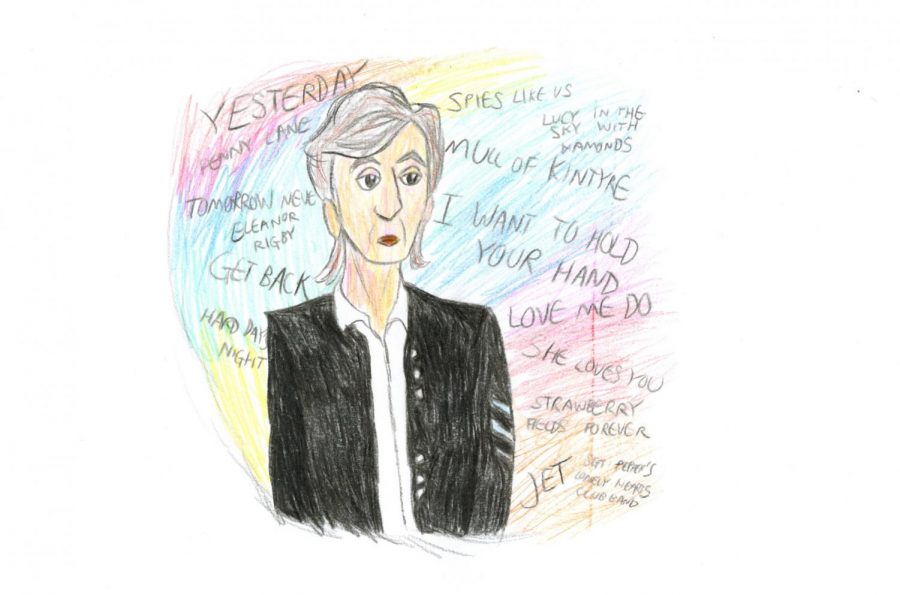 Since his late-1950s beginnings with Liverpudlian local band the Quarrymen and sudden rise to fame as a member of the Beatles, Paul McCartney forms an integral part of the landscape of Anglophone popular music. Like the chorus in a Greek tragedy or NC’s cockroach population, he occasionally passes out of view for a short time but never leaves the scene entirely—and with this month’s Egypt Station, his first album since 2013, he steps quite willingly back on to center stage. The new release already made music-press headlines when it became McCartney’s first album in three decades to top the Billboard charts, and McCartney embarked on nothing less than a media tour de force to promote Egypt Station to the public. After sixty-one years in the music business, though, any new outing, probably rightly, tends to incur one central question: Decades on, does the one-time “cute Beatle” still make music worthy of popular attention?

The album begins with “Opening Station,” which resembles less of a song and more like a brief collection of train-inspired ambient noises. The real, rather uninspired start comes on “I Don’t Know,” an intriguing but emotionally unconvincing piano ballad about struggling to deal with one’s failures. McCartney thankfully hits his groove with the appropriately titled “Come On to Me,” a bluesy rock come-on that channels the best of McCartney’s past work, even if the singer’s time-lowered voice at times seems to strain itself to catch attention above the din.

The folksy, guitar-driven “Happy with You,” a tribute to the virtues of settling down, employs McCartney’s aging pipes to much better effect, and yet another success comes on “Who Cares,” a delightfully prickly shot at the paparazzi, and an interesting look at the downsides of fame and celebrity. Sadly, the streak does not last; the ex-Beatle stumbles somewhat on the poppy and discreetly titled “Fuh You,” which sounds rather unsettlingly like the offspring of Shawn Mendes and Coldplay.

“Confidante,” an acoustic breakup song with country and indie-folk elements, echoes the sound of “Happy with You,” though with somewhat less success. Meanwhile, the intriguing but rather vague protest song, “People Want Peace,” recalls the Beatles’ hippie days in amiable and occasionally anthemic fashion, if not offering much in the way of genuine distinction.

The subdued and highly charming romantic ballad “Hand in Hand,” sounding rather uncannily like a Jim Steinman song on Nyquil, offers one of the album’s most affecting emotional experiences—and a rare hint of McCartney’s native British accent. The less satisfying follow-up, “Dominoes,” attempts to paint an optimistic picture of love as redemption in a deeply disordered world but somewhat fails to support its lyrical ambitions with matching musical profundity.

Next up comes one of McCartney’s more baffling experimental exercises: “Back in Brazil,” which somehow manages to fit dance-club rhythms, Springsteen-style storytelling, melancholy instrumental interludes, and repeated chants of “number one” in Japanese in one song by Paul McCartney. Slightly less confusing but still underwhelming, the twelfth track, “Do It Now,” attempts with mixed success to combine earnest lyrical come-ons with a gentle, slowly swirling baroque-pop backing. On “Caesar Rock,” McCartney mixes Michael Jackson-esque soul, classic blues libido, and faux-Arabian guitar stylings to a surprisingly enjoyable effect, producing perhaps the album’s most unmistakable dance-floor banger.

Amid a series of tracks overwhelmingly marked by their stubborn geniality and optimism, McCartney makes the album’s first truly cutting criticism of anything or anyone on “Despite Repeated Warnings,” an epic seven-minute commentary on the Trump administration and climate change whose musical ingenuity well outshines its occasional lyrical cheesiness. After the brief ambient interlude “Station II,” Egypt Station closes with the equally long but considerably less serious “Hunt You Down/Naked/C-Link,” whose enjoyable but vague romantic platitudes, if somewhat less interesting or inventive than their immediate predecessor, probably fit the overall mood of the album much better.

Compared to the highlights of McCartney’s past work, Egypt Station fails to measure up entirely. Not many tracks in the singer’s post-Beatles oeuvre, though, ever gave the band’s best creations a serious run for their money, and Egypt Station makes a perfectly enjoyable, if not highly memorable, addition to a worthy solo career. On this release, McCartney manages to overcome astronomical expectations, different public tastes, and even the unfortunate effects of age on his voice to produce songs that still feel both relevant and eminently danceable. Such an accomplishment hardly calls for understatement. Though, as “Fuh You” or “Back in Brazil” will attest, certainly far from perfect, the album affords the listener a real and significant pleasure—and even the occasional mental stimulation. Affable, clever, and relentlessly optimistic, the McCartney of Egypt Station, after nearly six decades, still wants to hold your hand—and even if time leaves his star dulled slightly, it still seems that you might as well let him.

The Chant’s Grade: B-