Where did the Force go: The Star Wars predicament 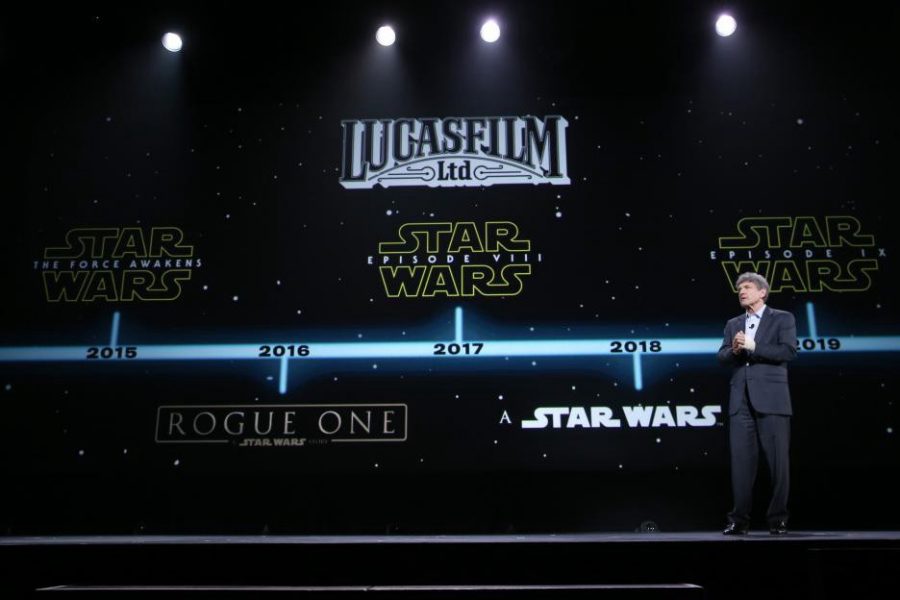 During a 2015 shareholders meeting, Disney announced the slate of upcoming Disney-era Star Wars films, including the then untitled Star Wars: The Last Jedi, Solo: A Star Wars Story, and the still untitled (and unreleased) Star Wars: Episode IX; the three saga films announced after the end of the sequel trilogy, revealed as part of a Rian Johnson-directed trilogy, also remain unnamed.

For Disney, 2018 thus far proved itself a year pronounced in cinematic successes: the first ever majority-black film to gross over $1 billion emerged in Black Panther. Incredibles 2 became the (domestically) highest grossing animated film of all time behind Frozen, and their golden goose in the Marvel Cinematic Universe became not only the first series to gross over $15 billion, but also became the first to contain 5 billion dollar entries. However, the disappointing $114.2 million opening weekend numbers for Solo: A Star Wars Story certainly seems the most shocking, with numbers continually dropping throughout the rest of its showings; as of September 18th, 2018, the movie grossed just $392.9 million against a $275 million budget, making this film the first in the Star Wars series to lose money. Despite what Disney studio executives may say, this steep decline from the $620 million domestic gross of last winter’s The Last Jedi should send a strong message regarding the handling of the franchise under their reign, though not necessarily the message most commonly heard.

The problems first emerged when the series first came under the Disney banner. When Lucasfilm, and the Star Wars series entered the Disney label in 2012, fan reaction seemed overwhelmingly positive, due to the prospect of more films coming out. For the most part, this trend of positivity continued through the release of 2015’s hotly anticipated Star Wars: The Force Awakens; while some called for a boycott against the film, protesting the more inclusive cast and characters, the film still earned great reviews and currently sits as the third highest grossing film of all time. The trend of positivity continued with the release of Rogue One in 2016, despite its troubled production.

Sadly, the good graces among long-time fans ended with The Last Jedi in 2017. Prior to the release of the film, fan anticipation reached at a fever pitch, due to the various plot thread left dangling, like the parentage of new character Rey, Luke Skywalker and his role in the saga, and the identity of Supreme Leader Snoke. Upon its release late last year, while the positivity in critical response lined up with the prior two films, audience reactions could not stray further away from that. The audience score on Rotten Tomatoes the day after the film’s initial release reached a mere 56%, a score on par with that of the prequel trilogy.

Conversely, the film earned commendations for its strong visuals, thrilling action setpieces, reworkings of prior Star Wars lore, and its successful attempts of subverting expectations and breathing new life into the series. Afterwords those turned off by the films began a movement to actively boycott all upcoming Star Wars media from Disney, and while initially written off as fans whining over “rotten apples,” the poor performance of Solo at the box office, as well as the extremely negative reaction to the trailer for the upcoming Star Wars: Resistance animated series, proves the severity of this fan derision.

One problem the community faces seems like a lack of respect, from fans towards filmmakers and vise versa: the hijacking of the Wookiepedia article for new character Rose Tico exemplified this well, as it lead to The Last Jedi director Rian Johnson mocking viewers critiques of the Last Jedi as “manbabies.” In the latter case, while the article edits certainly crossed a line, grouping all critiques into that category sours the majority of non-toxic fans on Lucasfilm leadership. As for the former, it supports the idea pro Disney-era fans believe: that Star Wars purists hold adverse views towards diversity. On the topic of respect and Disney-era defenders, a disconnect between the latter and the aforementioned purists indicates another issue.

For one, a decently sized cohort of original trilogy apologists seem incapable of discussing the sequel films without bringing up complaints that seem rather nebulous. For example, among the more common criticisms includes the notion that The Force Awakens recycled the plot of A New Hope; while not at all an untrue statement, one can make an argument director J.J. Abrams made the right call, as the film needed to reintroduce the  Star Wars franchise to audiences, so familiar story tropes and settings made the most sense to use for the easing in of old fans. The Hero’s Journey-inspired plot revolutionized by the OT (Original Trilogy) also allows for easy understanding of the film for new viewers.

While the Disney-era Star Wars films began as box-office trend setters and critical darlings, they now stand as financial scruples and niggling thoughts in the back of the minds of consumers. No doubt, current series executive Kathleen Kennedy, despite her extremely impressive work history, faces the daunting task of ensuring all Star Wars fans can enjoy the current content. No easy solutions seem available, but knowledge of the root of the issue can certainly provide a roadmap.