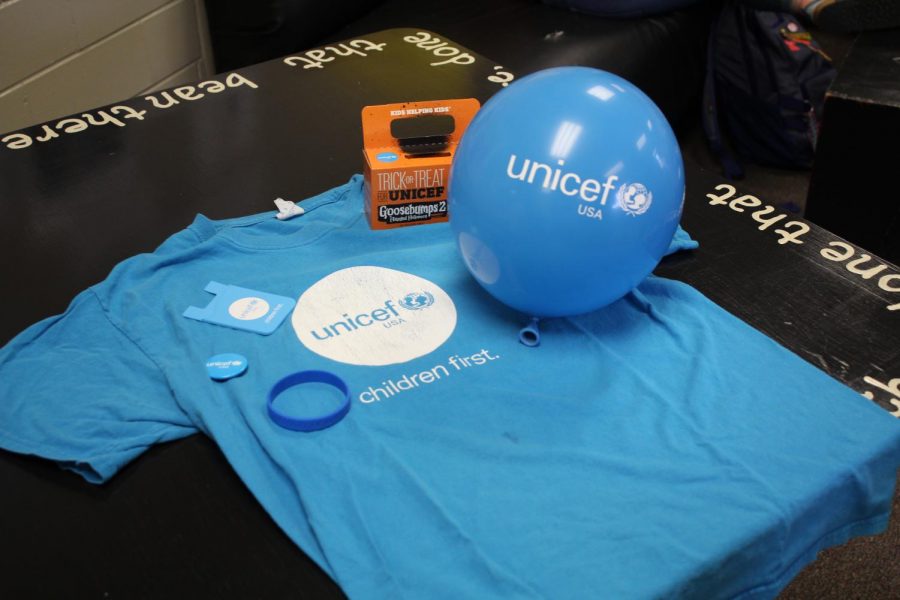 On the first Thursday of every month, UNICEF holds a meeting in Angela Milani 3067 to discuss fundraising plans for their new awareness theme. For September’s education theme, they held a school supply drive, and for October, they plan on raising some extra donations for the club.

United Nations International Children’s Fund (UNICEF), NC’s officially registered international organization club, met for the first time this year in room 3067 on Thursday, October 4. Dedicated to raising funds for children all around the world, UNICEF focuses on worldwide issues regarding providing healthcare, access to clean water, sanitation services, and basic childhood education. As a club that gets international attention, volunteers who participate in fundraisers for donations will also attract the eyes of many colleges.

“Sometimes we don’t stop to consider that there are children out there that don’t even have enough calories to eat everyday. This club helps people realize all the situations that are going around in other parts of the world and empower them to do something about it,” UNICEF’s Vice President and senior Hannah Gunter said.

On the first Thursday afternoon of each month, UNICEF holds a meeting to discuss a common international issue and spread the word among members. Every month consists of a new theme, and a new way to fundraise. While discussing the theme of education, the club members held a school supply drive during September.

“For October, we will go out on our annual trick or treat where we collect money through little boxes. I’m looking forward to participating in the many new fundraisers we have planned,” event coordinator and junior Taylor Catlin said.

Last October, UNICEF held a fundraiser where each member collected small donations of their peers’ change in Halloween-decorated cardboard boxes. With the total of 40 dollars the club earned, they donated it towards buying mosquito nets and protein bars for children who do not have the money to buy nutrient-rich products. Because of the fundraiser’s success, UNICEF plans to repeat the fundraiser this year. .

As a way to raise awareness of last  January’s theme, which revolved around the world issue of sex trafficking, the club handed out tea in the courtyard—every student who received a cup of tea also received an article on sex trafficking awareness. As one of UNICEF’s most successful events yet, the members of the club enjoyed the experience and hope to relive again in the future.

“We weren’t expecting a lot of people there but in reality it was a major success. We sold out the tea in less than 15 minutes, so the next day we brought in even more. It was such a nice experience,” Catlin said.

The club looks for new members who want to dedicate their time and effort to help children in need, as well as those who want to make a change in their local community.

“I’m just looking forward to seeing new faces that are passionate about helping children around the world and getting together to spread the important awarenesses. We want to be able to do more giveaways andreach even further in our community besides just this school to help people understand the themes UNICEF has each month,” Gunter said.

The UNICEF organization runs their own website that allows students to browse and read more about what they do. NC’s UNICEF club, however, also created a website to keep students up to date on new articles involving the different issues around the world and ways of how they can participate.

“Our top priority right now is to increase our membership. The more members we have, the more we can do. With more members, we can start earning more money and awareness. We’re planning on working with Beta Club or Tribal Connections to get even more funds for children around the world,” Gunter said.

Both Catlin and Gunter hope to see some new faces at the next meeting on November 1 in Room 3067. They look forward to contributing more to the community one step at a time.