Swimming into a new season 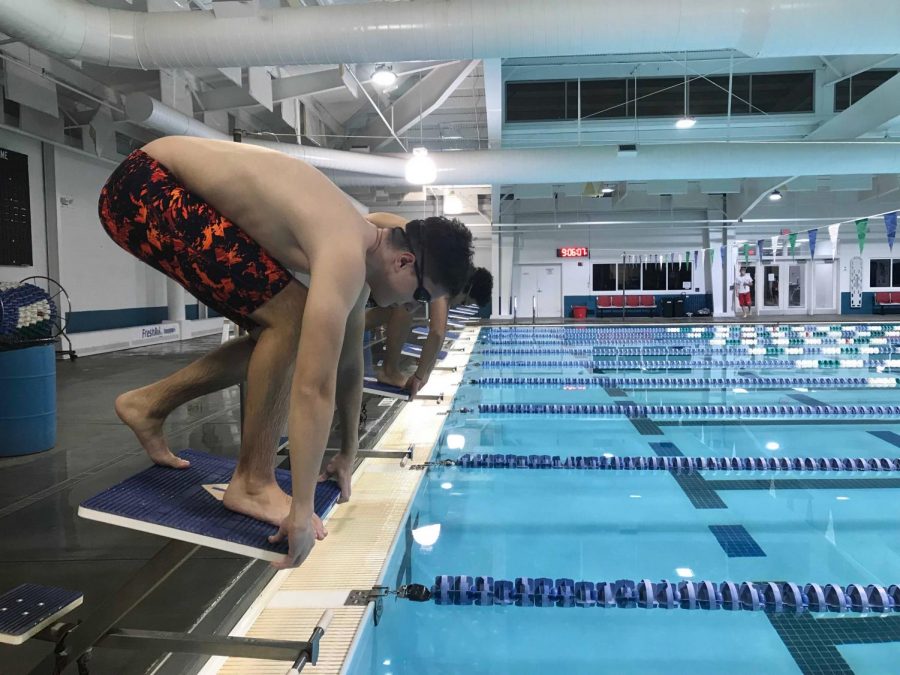 The swim tryouts held this week brought great promise and an excited new team, much larger and seemingly faster than last year’s. The freshman bringing in a new wave of experienced and talented swimmers hopefully help carry the team to state this year. “The first day of tryouts went really well and we had a giant turnout, twice as many as we had last year, and it was really a good way for all of us, new and old, to get ready for the season,” junior Katie Word said.

Tryouts took place for the upcoming NC swim season on October 8, 9, 10. The tryouts began with laps in the pool where students reviewed multiple strokes. The coaches also recorded the swimmers’ times to measure improvement later on in the season.

“We begin [the season] with a starting time at tryouts, so you would do a 50-meter freestyle and [coaches] will time you, and at the end of the season you can take your starting times and compare it to your and end times to see how you improved throughout the season,” Magnet junior Katie Word said.

The large amount of people at tryouts excited the coaches and returning teammates about the possibility of gaining both a new and relatively experienced team to compete and possibly qualify for state.

Due to the abundance of people who tried out, the coaches might need to turn away a few swimmers to make practices and tournaments run more smoothly. These rejections would apply to completely inexperienced swimmers who came into tryouts unaware of the rigor of the sport. Most of the newbies, however, show great promise and a passion for swimming, which could make the team more aggressive and competitive relative to the previous season.

“The freshman [that tried out]—Bentley Huff— has been swimming for 8 years, and will definitely make it to state, but he was the only new person that really stood out to me. [I think he] would make a great improvement to the team,” sophomore Jackson Kutsche said.

With more swimmers on the team comes more responsibilities, and a greater responsibility for the athletes to show up on time to meets and practices. This will ensure that the coaches and swimmers can all stay as cohesive as possible and help make the season run smoothly.

“I think this year will definitely be more organized, especially with being on time to more meets and practices. We have a bigger team, so the coaches do not have to be so lenient for people to stay or be on the team,” Word said.

Overall, the team encourages confidence in themselves and their teammates with their belief in the pending success of this season. The fresh start holds promise for the newbies while they gain more insight and for the returning athletes’ new aspirations.

“I think having the experience from last year will help me get better sooner; I will be able to work harder and know what to work towards,” Word said.

High hopes and hard work will help push the team toward qualification for state this year.