The Hate U Give: The diary of unarmed black teenagers 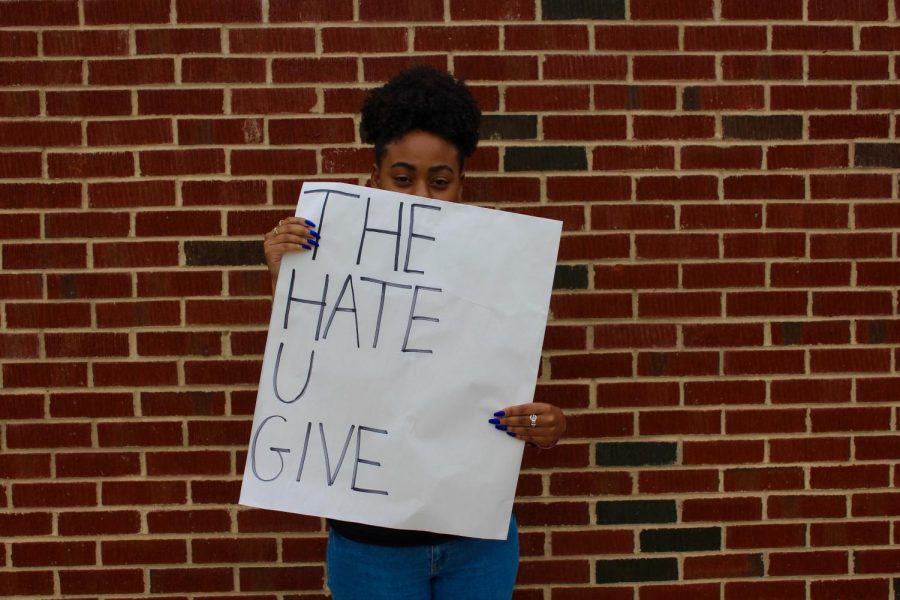 Calling attention to the harsh injustice in America’s society amongst minorities, The Hate U Give released on October 19. While attracting individuals from all age groups the film overwhelms its’ audience by portraying traumatic experiences. The film, which first made its’ appearance in the form of a book, now holds number five on box office charts.

From the book to the screen, The Hate U Give released in theaters on Friday, October 19. Portraying the harsh reality of American society, the movie keeps its audience in suspense with overwhelming emotions the entire time. The highly anticipated film stars popular young actors such as Amandla Stenberg (Starr), Sabrina Carpenter (Hailey) and KJ Apa (Chris). The film does well at representing touchy subjects like police brutality, gun violence, and racial discrimination; The Hate U Give sparks open conversation among its viewers about overlooked problems in contemporary America.

The film takes place in a local town ravaged by violence and gangs known as Garden Heights. Wanting a better life for both their sixteen year old daughter, Starr Carter, and her two brothers, Starr’s parents moved the three out of “the ghetto” to Williamson Prep, a predominately white school in hopes of staying out of trouble. Struggling with self identity,  Starr attempts to balance her two seperate lives and fit in, but she never feels ashamed of where she comes from.

Following the introduction of her childhood, the movie moves to present day where Starr decides to attend a party with her stepsister. After her stepsister ditches her, Starr  stands alone in a corner until she sees her childhood friend, Khalil, approaching. Moments after conversing with each other about their past, a fight breaks out with three individuals which then leads to gunfire.

While everyone scatters and runs for their lives, Khalil takes Starr into his car to escape the scene. With adrenaline pumping high while riding further away from the party, the two then stop by a nearby church to sit and discuss old memories and the challenges they both face now. When the two finish rekindling their ancient love, Khalil proceeds to take Starr home, but seconds later, a white male police officer pulls the black teenagers over for a petty traffic violation.

Starr’s parents taught her from a young age what to do in situations like these to avoid complications, but Khalil on the other hand refused to receive the disrespect from the officer. After the officer told Khalil to exit his vehicle for a routine search, the officer went back to his car to scan Khalil’s information. Walking towards the front of the car to check on Starr, Khalil then reaches in the car to pull out a hair brush and suddenly falls to the floor after the police officer shoots him for mistaking the item for a weapon.

Once the word spreads around in the community about the sudden death of an unarmed black teen, Starr, now faced with the hardest decision of her life, also faces reciting the testimony of her beloved friend’s death or holding her peace to protect her family from gang members Khalil worked for.

The film’s effortless depiction of racial tension concerning those patrolling community streets and innocent minorities presents the difficult tragedies individuals worry about on a daily basis.

Adding lighthearted humor for both adults and young people to relate to, the movie definitely deserves an audience with an open mind to experience the heart-wrenching journey about the death of a girl’s best friend and her story to share to the world.