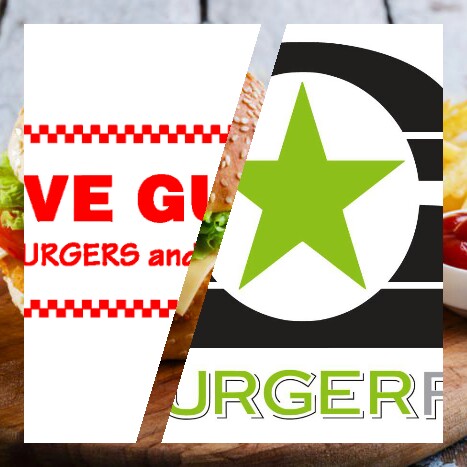 Food serves as an inherent cornerstone of culture, especially from a national, religious, or ethnic perspective. What we eat indicates far more than preferences and health: it informs our values, our history, and even our personalities; in a nation like the United States, where dishes from all cultures can find themselves in any household, this theory rings true. Looking at this context within America, hardly any foods can compete with the traditional burger. When first introduced in Germany during the mid 19th century, the food item exploded in popularity during the early 20th century due to rising demands of ready to go foods from working class individuals.

More commonly referred to as fast food restaurants, these options have dominated the burger landscape since their 1940 introduction from the McDonald brothers. However, as the times change, consumers change in response. In this case, the general consensus advocates for the end of fast food restaurants, mostly due to concerns regarding health and the rights of workers. As a result, a new variation of burger restaurants emerged: the eco-friendly chain.

As implied by the name, these joints aim to produce food in a more environmentally conscious manner compared to more traditional joints; however, these variations tend to fall on the more niche side of the industry. This article serves to determine the better of each restaurant type: the environmentally conscious chain BurgerFi against the more traditional Five Guys to determine the better of two from the perspective of cost, climate, and taste, with a standard burger and fries combo on the plate.

Cost: The food at BurgerFi came in at a rather high cost, $10. 57 for the burger and fries, tax included. Such a high cost may serve as a turnoff for potential customers unwilling or unable to pay for their food. However, this thinking holds credence: when compared to average prices of other general sandwich stores, BurgerFi comes in at over $4.50 the highest listed cost; while this disparity may seem like the result of corporate overpricing, a reason does exist. As mentioned before, BurgerFi uses organic food in their products. Like everything else eco-friendly, this food costs more money, time, and labor to produce, as the lack of chemicals means more manpower diverted toward hand-weeding; in addition, it would cost more to replace damaged organic foods. Back to BurgerFi, with all of their food, as well as straws and cups composed of organic and sustainable materials, such a high cost makes sense: in fact, it may seem too low.

Atmosphere: The feeling of sitting in a restaurant can, in select cases, make or break their dining experience. For BurgerFi, the building felt avant-garde and modern, due in part to the steel ducts on the ceiling and steel wiring holding up the menu screens. It comes off as rather sleek and almost high tech, in a way. At the same time, though, it felt a bit crammed, perhaps due to the spacing of wood in the building: jammed in between the metal ceiling and floor. Despite this, BurgerFi feels nice enough to sit in.

Taste: To start, no discernable difference in taste between organic and fast food emerged; the fries, however, contained a nice, even crunch to them, most notably inside the fry itself. The fries, while not massive, could still fill one up leaving the consumer with enough space to enjoy the burger. As for the burger itself, a firmness to it existed: “firm” in a way that allows one to properly taste the meat and enjoy its flavors. A sauce placed between the buns and meat seemingly broke up those tastes, though the flavor thereof could not, at least easily be tasted.

Cost: Just like with BurgerFi, Five Guys comes in at a rather high cost for all their products; in this case, the burger and fries combo cost $10.79, 22 cents more than BurgerFi. However, while the two share the relative costliness, the justification seems related to the former. Five Guys operates on a chain business model, operating worldwide as does BurgerFi; however, the former uses general products, as opposed to organic. No real reason exists for the height of the prices at Five Guys.

Atmosphere: Upon entering, Five Guys presents a vibe not at all common in the general fast food restaurant. While most others present a somewhat manufactured aesthetic, they give off a 50’s diner vibe, exemplified best by the marble order area and checkered patterns on the walls. In addition, a small town vibe exists, due partially to the ornate wood tables for patrons. However, this visual works not because of any “retro factor,” but because of how authentic it all seems. Nothing about the look of Five Guys comes across as trying too hard; everything seems like it actually could come from the past.

Taste: The fries at Five Guys came in modest amounts, both portion-wise and in actual size. Miniscule enough to fit inside of a miniature paper cup, the fries, in spite of their size, still managed to satiate the appetite. Not much salt appeared on the fries, though that did not take away from their taste. The outer portion of it possessed a good crunch, while the potato flavor is just as rich. As for the burger itself, the meat especially drew attention, as there was enough flavor in it to overpower the taste of both the buns and the cheese; indeed, the fairly soft bun let the meat shine. Similar to the eco-friendly BurgerFi sandwich, not much cheese was on the bun, and the amount that was there was pretty hard to distinguish.

These two restaurants do not represent the entirety of what a chain or eco-friendly restaurants may encompass, but specifically talking about these two, BurgerFi comes out on top: the fries, while less in abundance, notably exceed those from Five Guys in size. The lower cost makes it more accessible to those desiring an escape from the common chains; and while the atmosphere may seem cramped, the knowledge of a meal helping sustain the planet can match that feeling in spades.