Upcoming December concerts that should be on your radar 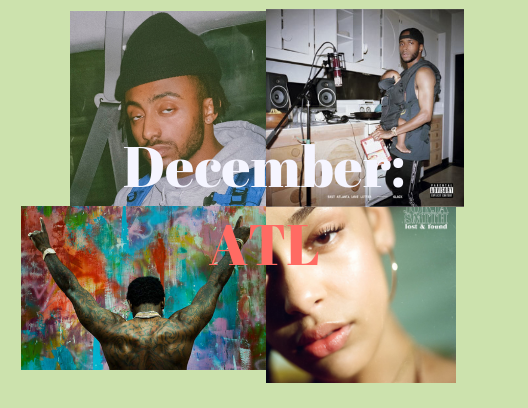 These artists will bring their a-game to the ATL with their anticipated tours. Amine, Jorja Smith, 6LACK, and Gucci Mane plan to hit the city with their upbeat, energetic mixtapes and albums, giving Atlanta fans the exciting and memorable concert experiences they expect.

December could become the month to save up for concert tickets this year, presenting a wide range of R&B and hip-hop artists to fulfill people’s needs for energy and fun. From Amine to Gucci Mane, December offers a wide range of artists to see for the holiday season.

R&B and hip-hop artist Amine will make his way to Atlanta to welcome the holidays. He will present his new album OnePointFive to Atlanta with upbeat, live performances that will manage to electrify the crowd from every corner. With the performances of his most iconic hit singles like “Caroline” and “REEL IT IN,” Amine will mark his presence in the ATL music scene with a bang.

Atlanta welcomes rising R&B artist Jorja Smith with a large venue and happy faces. She will perform her new album that she released this year, Lost & Found, with soothing vocals and beats that will make one want to sway along to her voice. She will likely perform her most popular singles “Blue Lights” and “Let Me Down,” along with other well-known songs to the crowd with a diverse range of fans.

Staple R&B artist 6LACK will stop by Atlanta and give live concerts for three days straight at The Tabernacle venue on Christmas weekend. His massive popularity in Atlanta  granted him a chance to hand the fans this anticipated string of performances, making sure to leave his mark in his hometown of Atlanta. He will perform his popular 2018 album “East Atlanta Love Letter” and songs off of his 2016 album, Free 6lack. Hit singles “PRBLMS,” “Free,” and “East Atlanta Love Letter” will mark their presence, performed with intense energy for his large audience.

For those who find themselves more attracted to rap concerts, Atlanta native Gucci Mane will bring his upbeat energy back to his hometown with massive hit singles such as “I Get The Bag,” “Wake Up In The Sky,” and “Met Gala.” The long-time rapper never fails to hype up his larger audiences with energetic performances and plans to breakthrough the roof with sounds from albums like “Mr. Davis,” “Droptopwop,” and “Everybody Looking.”

With this variety of R&B and rap artists, Atlanta welcomes an iconic line up of people for the holiday season that will bring in all the cheer. People can purchase tickets through websites such as TicketMaster, StubHub, SeatGeek, and SongKick.