Ralph Breaks The Internet will wreck your heart like Ralph 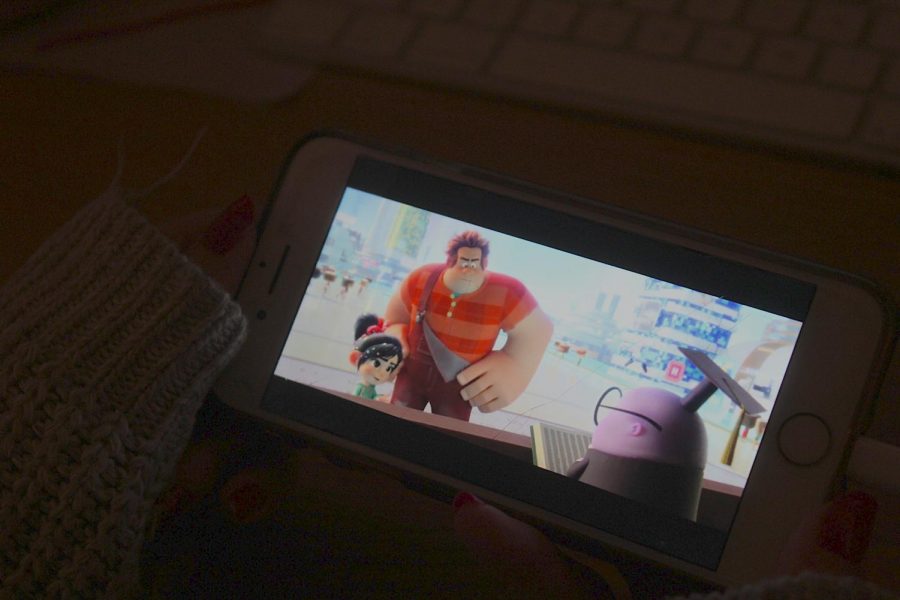 Highly anticipated since last summer, Ralph Breaks The Internet shows how the web and socialization intertwine in modern society. The movie, since its release, has brought in $94 million, breaking box office records and becoming the biggest Thanksgiving opening film of all time. “I thought the movie was so cute and interesting. The jokes were endless, and I loved how it appealed to everyone, especially teenagers. I would go watch it a million times more,” senior Anna Vickery said.

After six years of falling in love with Ralph and Vanellope’s friendship in Wreck-It-Ralph, Disney-Pixar wrecked the Internet once again with their trailer of Ralph Breaks The Internet, which premiered on November 21. Fans felt ecstatic knowing Ralph’s story would come with a sequel. The film incorporates social media and the web into the main characters lives to highlight the Internet as vast and complex.

“I loved the movie so much. It made me so happy seeing the Disney princesses. I thought it was so interesting to see the Internet on another level, to see how it can be fun and dangerous at the same time. It made me very emotional in the end because Ralph and Vanellope’s friendship is so adorable and seeing them apart felt odd, but I still loved how the movie played out,” junior Jessica Campos said.

The film features the main characters Ralph, voiced by John C. Reilly, and Vanellope, voiced by Sarah Silverman, stuck in the Internet looking for a replacement for a broken steering wheel from Vanellope’s game Sugar Rush. After learning about Ebay and the concept of money, they realize they must pay for the wheel, which spirals them into different ways to make money from the Internet. The movie thoroughly explains how Internet fame can change life both positively and negatively.

The familiar faces of the Disney Princesses, voiced by the modern voice actresses,  popped up throughout the movie to help Vanellope and Ralph. After Vanellope ventures into the Disney realm of the Internet, she stumbles into the princesses’ dressing room. This highly anticipated scene, first shown in the trailer, sheds light on stereotypes of the princesses, causing Vanellope to realize her similarity to the Princesses because, as Rapunzel says, “people assume all [her] problems got solved because a big strong man showed up.”

The movie also sheds light on the darker side of the Internet: the comment section of videos. Although an overwhelming amount of nice comments flooded Ralph’s videos, he could not help that the negative, hurtful comments upset him. This form of cyber bullying happens everyday in today’s society, and because social media holds such a prevalent spot in people’s lives, escaping from the negativity proves as a difficult task.

Ralph Breaks The Internet only made the fans’ love for Vanellope and Ralph’s friendship stronger by showing us that they too experience ups and downs, just like everyone else. The film teaches a hard-hitting lesson about friendship, forgiveness, and letting go in an unforgettable way.

The Chant’s grade: A+