Smashing Pumpkins shine once again on Shiny and Oh So Bright 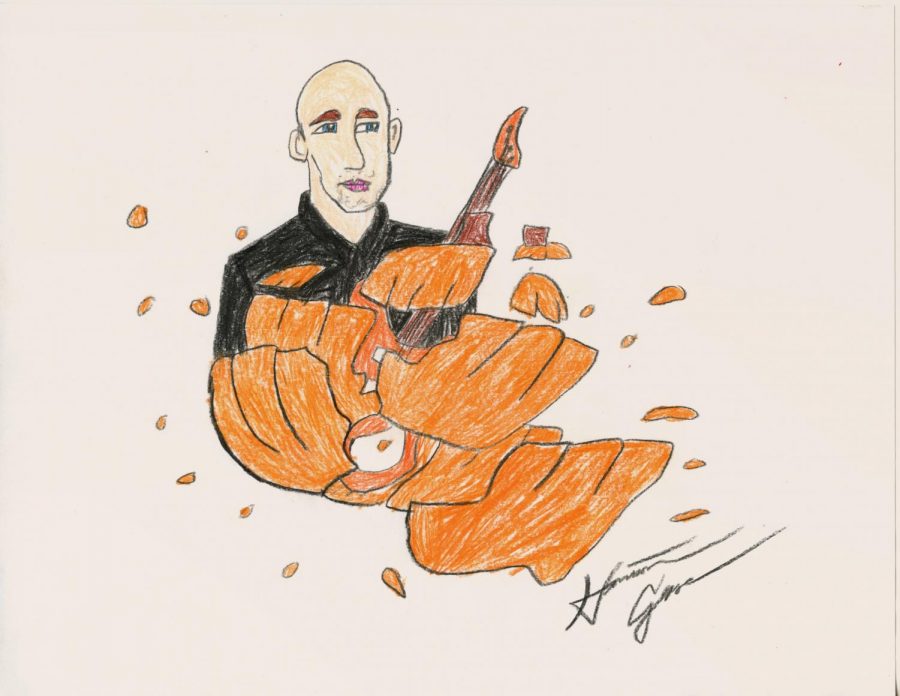 Three-quarters of the original Smashing Pumpkins returned to the music scene last month with new album Shiny and Oh So Bright, Vol. 1 / LP: No Past. No Future. No Sun. The album follows on the heels of the band’s reunion and immensely successful greatest-hits tour. With all the roaring angst, emotional depth, and musical sprezzatura of the band’s ‘90s classics, the LP seems destined to stand among the Pumpkins’ worthiest efforts.

Over the course of their multiple-Grammy-winning glory days, Chicago alt-rockers the Smashing Pumpkins dealt with nearly everything with which an unfortunate rock band might find itself forced to contend: drugs, artistic rivalry, a domineering frontman, and a doomed romantic relationship between two members. It should come as no great surprise to devotees, then, though certainly a disappointment, that the group broke up acrimoniously in 2000. Lead singer Billy Corgan attempted to revive the band numerous times, bringing in a dizzying array of guest and replacement musicians to varying acclaim–but never to the universal success they saw in the 1990s. Corgan’s frequent feuds with former members hardly made the situation any more enjoyable for fans; in February of this year, though, the band’s original lineup (with the notable exception of bassist D’arcy Wretzky, who wasted no time in protesting her exclusion) announced an official reunion.

Corgan, guitarist and bassist James Iha, and drummer Jimmy Chamberlin, joined by new guitarist Jeff Schroeder, embarked on a highly successful “greatest hits” tour across the country. The band followed up the tour with tantalizing rumors of a coming recorded release, rumors fulfilled at first by the mysterious single “Solara” and then by a full-length album. The new LP, released Friday, November 16, features the reunited lineup and a name so long and pretentious that it might have graced a television B-movie in the 1970s: Shiny and Oh So Bright, Vol. 1 / LP: No Past. No Future. No Sun., henceforth referred to for the sake of the sanity of writer and reader alike as Shiny and Oh So Bright or simply Shiny…. As one might expect for a band so widely revered, the long name comes with a long list of expectations, and Corgan and company find themselves with a more than usually tall order to deliver.

Fortunately for the reunited Pumpkins, though, the album’s first seconds hold nothing but shining, scintillating promise. Shiny and Oh So Bright opens with the triumphant “Knights of Malta,” a pulsating baroque-pop pick-me-up composed of equal parts Marvin Gaye and “Viva La Vida”-era Coldplay.

Building on the success of “Knights of Malta” with a “1979”-esque upbeat rock groove, second track (and second single) “Silvery Sometimes (Ghosts)” seems destined to become an instant classic, immediately disarming the listener, not with a smile, but with its witty, enigmatic lyrics and smoothly propulsive sound. Though not quite as strong as either of its predecessors, the third tune, “Travels,” nonetheless comports itself respectably; its dreamlike, ecstatic motifs and gently rolling polyrhythms sit well in the ear, even if they fail to sit there long.

Sadly, though, the album’s lead single also constitutes its first real letdown. “Solara’s” roaring punk-metal fusion sound and unmistakable lyrical angst form a welcome antidote to the first three songs’ decidedly un-Pumpkins-like geniality, but it feels far too frequently for comfort like an inferior retread of the band’s 1995 hit “Bullet with Butterfly Wings.”

Thankfully, the Pumpkins soon return to form. “Alienation” unusually yet somehow effortlessly combines a pounding ‘80s-techno beat and classically Corganesque hard-rock Sturm und Drang to produce a starkly beautiful portrait of the ills of modern society. Though at times verging on the lyrically ludicrous, sixth track “Marchin’ On” serves as a perfectly enjoyable metal headbanger, if a bit less intellectually and emotionally complex than what one would ordinarily expect from the band. Moreover, Corgan and company follow with the deliciously unconventional love song “With Sympathy,” whose swirling dream-pop melodies recall the Cocteau Twins or, indeed, the best of guitarist James Iha’s sadly overlooked solo work. Perhaps no band but the Smashing Pumpkins, though, could inspire a listener to slow-dance with a significant other to such lines as “‘Tis the secret of the Irishman” or “Disunion has its breaks.”

The album concludes with “Seek and You Shall Destroy,” a gloriously unapologetic piece of ear-assaulting, hard-rocking heavy metal whose scathingly introspective lyrics, filled with striking religious and martial imagery, belie the song’s roaring, distortion-laden guitar line. Though an undeniable throwback to the band’s ‘90s heyday, the track manages to sidestep the cloying nostalgia ploys of “Solara” and establishes itself as both a worthy creation on its own and a fitting close to an exceptional album.

One could hardly argue that Shiny and Oh So Bright reaches the musical heights of a Siamese Dream or Mellon Collie and the Infinite Sadness. Nonetheless, an album on which not even one of eight tracks can qualify as a stinker deserves praise in itself, and the best songs on Shiny… can undoubtedly compete with the best of the Pumpkins’ past repertoire. The soaring, pulsating soundscapes, the witty, erudite lyricism, and the relentless creativity that first put Billy Corgan and his bandmates on the musical map return in all their original splendor, and both veteran fans and utter newcomers ought to find at least one aspect to love. From beginning to end, whatever its passing faults, Shiny and Oh So Bright delivers. The Pumpkins, then, even thirty years after their original formation, can credit themselves with creating something truly smashing.