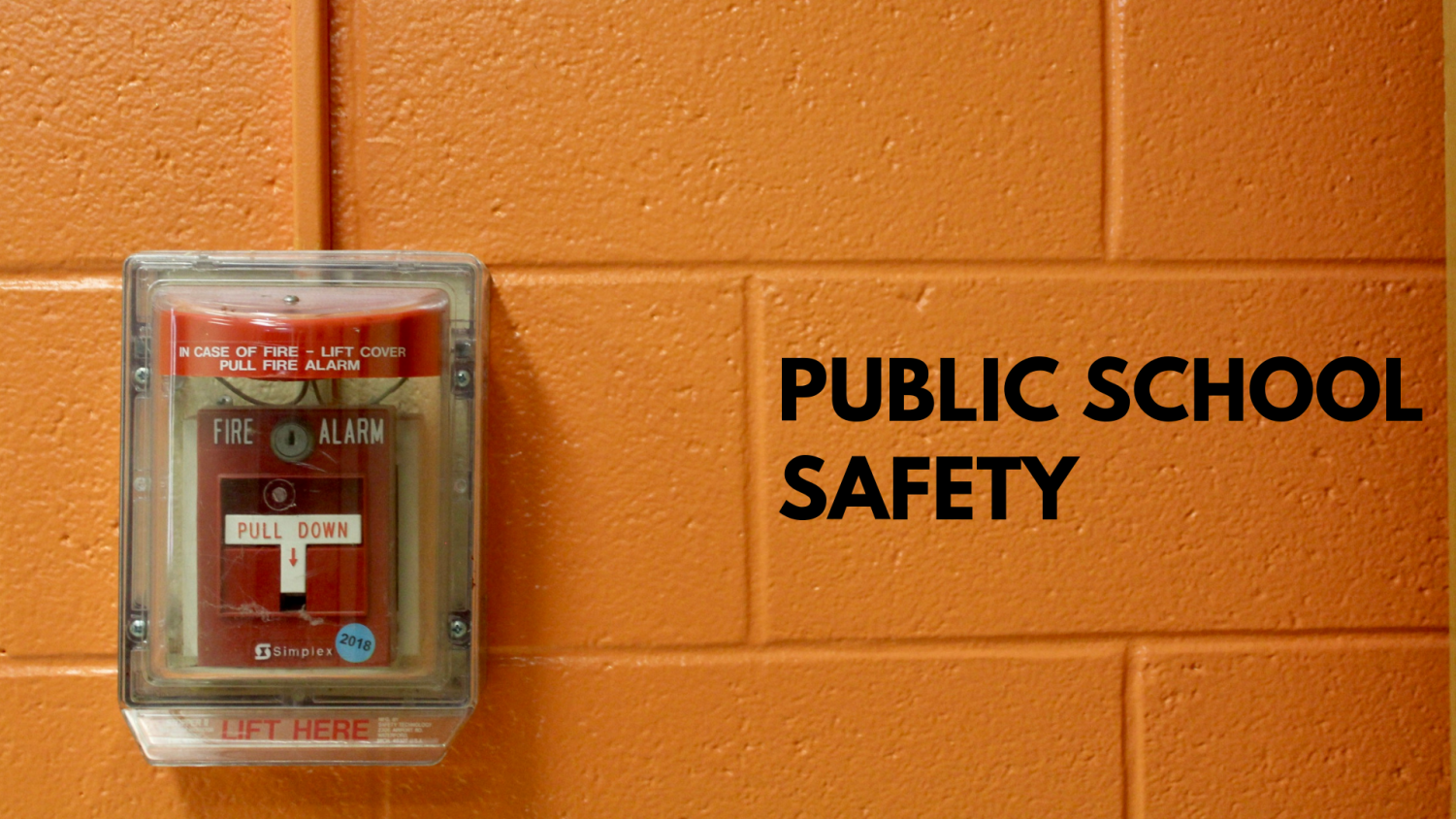 Note: This piece serves as a critique of the systemic allotment of funds, not NC. Schools similar to NC, aging considerably since their building, require more attention than most. NC fosters a wonderful learning environment that I personally will remain grateful for, for the remainder of my life. Schools should shine like beacons inwardly with their staff as well as their appearance to help the bring comfort and safety into the learning environment. Regardless of the limits set on the school, administration, and staff, they bless students in attendance with positive attitudes and hopeful dispositions. My wish as a student advancing out of the school system lies in its betterment because the future students and wonderful staff of NC, and similar schools, deserve the recognition they scarcely receive.

Students grow to understand the odds and ends of NC, including the areas needing improvement, as they spend their formative years amongst its orange walls. Infrastructure matters more as buildings age and the years rear their ugly head. With the beautiful arena and performing arts center now open, the glaring issues with the main buildings stand out further as the “L” shaped structure exceeds its 60th year in operation.

“The way the school is constructed- it’s not the administrations fault- it’s just the old construction. More modern construction takes into account safety and the flow of traffic and the entrances and the exits,” senior Steven Tran said.

One example of the school’s age falls on the ears of the students in the form of air conditions. The 15-plus year old air conditioners found throughout the 600 hallway, blowing air and ear blasting sounds make teachers’ jobs harder, requiring them not only to talk over students but to talk over the classroom itself. These minuscule issues with the age of the school pile up as time progresses, and they begin to add up.

Carolyn Galloway, a beloved member of NC’s dedicated staff, struggled to fight against her air conditioner, one that shouted almost as loud as her students. The giant system resides on the back wall of her room, and shrieks to attention in the middle of lessons. Receiving a tune up October 17, the machine speaks now in only a low rumble, just low enough for voices to carry but loud enough that its presence stands out. When off, it lacks the high squeals it once rang out much to the pleasure of the students sitting unfortunately close to the machine.

Other anecdotes about the classrooms show the truth of the issue, the age and state of the school.

“In Dr. Roach’s room you can smell mold every time you walk in there, and that is obviously not good for your health,” senior Charity Tillman said.

Slippery slopes without traction lead to frequent falls year round when it rains or snows. Students prepare themselves for the slide around every entrance or wear shoes with extra grip as a preventative measure.

Malfunction junction, appropriately named, notoriously leads to traffic jams and frequent falls. Without railings, the thin traction pad leaves the unlucky falling onto their backs. Laughably, on days that it rains, anyone not wearing shoes with traction almost always fall, bringing down others in their reach. The door opening at the top of the slope layers the incline with water as students pile in, dragging the water down the hallway. 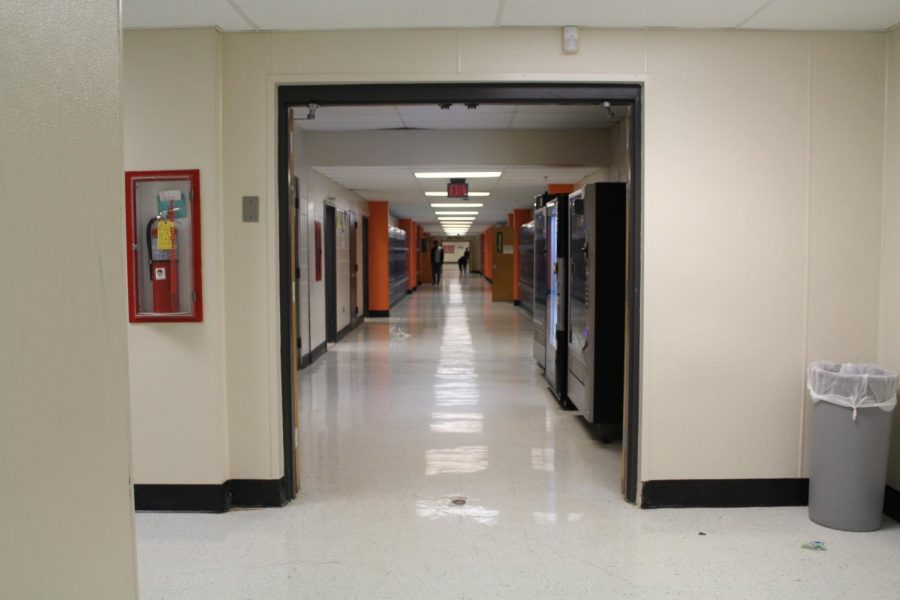 “The slope thing [on malfunction], I have fallen on that twice, everybody has slipped, I think that black padding is so old” Tran said.

Currently, simple cosmetic problems seem dwarfed by safety concerns. With the sharp rise in school shootings, issues with the low level of security and the lack of preventative measures in places easily targeted grow in threat of violence everyday. Although not actively threatened, NC as a school remains a soft target. Baring this scary thought in mind, the school needs far superior preventative systems and safety features. Administration and teachers, hoping for change struggle with finding the funds needed to fix these problems and worry about the safety of the campus.

“Previously on surveys we take about every other year, one of the questions was ‘how safe do you feel at school’ and I always used to put that I felt super safe but recently I have been having to be like ‘I don’t feel that safe anymore’ nothing is being done to stop what’s happening,” Tillman said.

Built in the late 1950s, NC stands as a testament to Cobb County and the strength of the area, but time ages the buildings. Sporting a recent paint job, the school’s appearance looks new and bright with all its orange but where the paint succeeds, the details fail. The outside locking doors, reminiscent of a time when the threats of shootings rarely arose, today only bring up concerns about needing updates.

“[Things won’t change] Unless we spend more money on things that are preventative, which we don’t have money for like the school officers, we only have two of them and just yesterday there was a fight yesterday and they took 10 minutes to just show up,” Tran said.

The current strategy of locking every door so current students and staff struggle moving to and from class, will not fix any of the fundamental problems. It keeps everyone out, including students, herding them into the already congested hallways that traffic barely inches through.

“People need something to happen before they worry about it,” Tran said.

The open campus, sprawl of buildings, age of the main construction, and overall size of the campus keep it from ever achieving a “lockdown” or a closed environment.

The main source of change, special-purpose local-option sales tax (SPLOST) dollars, applies to specifics outlined in the proposed bill. The tax only raises the sales taxes in the specific county by 1 cent which quickly adds up. The city of Acworth alone this year received a $21,208,827 budget but its broken down into “actual” (already used) and “unrecognized/unobligated” (not yet used or allocated to a place). The actual amount $11,234,533 exceeds the recognized amount of $9,974,294 by only $1,260,239.  This remaining money (as of October) went unused and can contribute to the overall environment in the future if action takes place.

The issue to bare in mind, funding, rests not on NC but on the school board fund allotment. Regardless of how you spin it, admin care about the school and want to make it safe, but they remain limited by the money they must spread thinly across the school.

“I don’t think people are aware of how serious these things are, I don’t think they really care, they’re too caught up in ‘I am just going to get out of school,’” Tran said.

Deepening the issue, the money slotted for schools in Cobb County excludes seniors over the age of 62. Cobb County students may acknowledge the abundance of senior centers appearing within the area due to the increasing demand. An influx of residence and higher density of people who pay no school related taxes limits the money coming into Cobb County Schools, including NC.

Whether changes happen small, in the bathroom (a common complaint), in the classrooms, or in the stairwells, action needs to happen. Students grow and develop within NC’s walls but want to see it improve.

“I just want to see the environment as a whole change for students coming in to a cleaner more wholesome environment, bathroom renovations would really help,” senior Zion Fitch said.

Through awareness and new allocations of funds, NC could receive the reputation it deserves for its incredible staff and transformative environment but everything begins with a change.