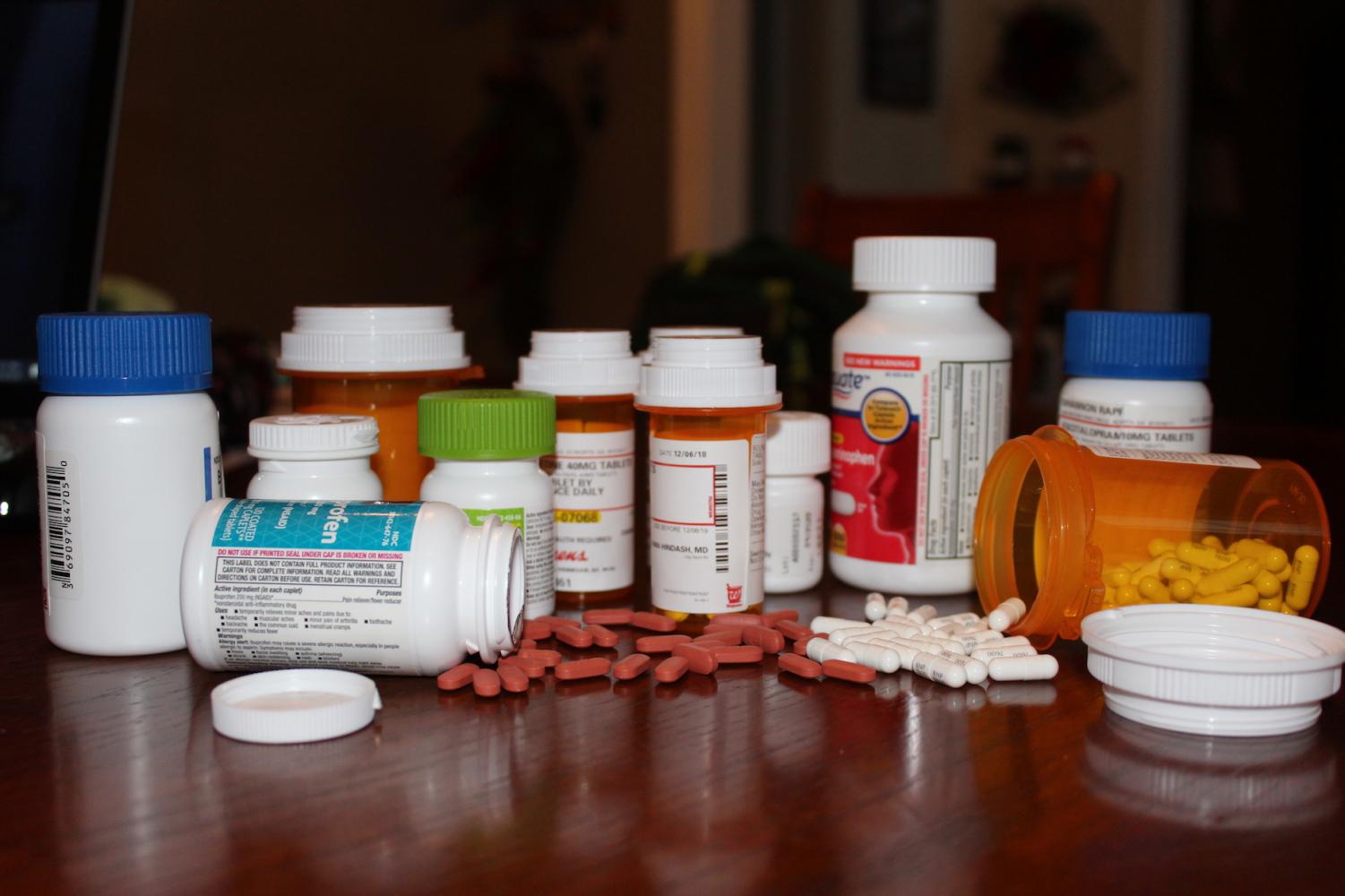 Imagine waking up every morning greeted by a collection of medication bottles, crippling symptoms, and physical ailments that make every single decision for someone, whether they like it or not. For some, chronic diseases hold them captive to the mattress on which they sleep, leaving sufferers to question what their life has become. Over 40% of America’s 326 million citizens suffer from a chronic or debilitating disease, with 8% of that affecting children. According to the U.S National Center for Health Statistics, a chronic disease lasts from three months to an entire lifetime, and typically vaccines or medications cannot prevent or cure one. Life with a debilitating condition can alter the course of growth within in a person and hinder their future plans.

When the thought of a debilitating disease comes to mind, inevitably older people assume the role of possessing such crippling diseases. However, young people experience equal effects of common crippling conditions and with similar frequency. Typically thought of  debilitating diseases, like dementia, amyotrophic lateral sclerosis (ALS), and rheumatoid arthritis, do disproportionately affect older generations, however lesser-known diseases and conditions do exist like fibromyalgia, interstitial cystitis, and celiac disease. According to the World Health Organization (WHO), almost half of chronic disease deaths happen to people under the age of seventy. This figure demonstrates how age does not necessarily affect when disease strikes; diseases affect people of all ages and stages of life.

“I have a condition called Marfans Syndrome;  it’s a rare genetic disorder. I didn’t get diagnosed until freshman year, but I’ve had it all my life.  For everyone who has it, it can affect your heart, your eyes, or your lungs,” senior Brianna Hewitt said.

As a patient of a debilitating/chronic disease, a number of challenges come with the diagnosis. Cost, physical limitations, emotional and mental tribulations, and management of medication or care take a toll on the human body in a negative way. Lesser known, physical illnesses can manifest as mental illnesses, causing damage to an individual’s self esteem and standard of living.

“I want to show that you can live a normal life because my doctor always told me that if you’re symptom free, you shouldn’t be afraid to live your life, so obviously you want to be cautious and know your restrictions, but at the same time, I want to still live my life and not in fear,” Hewitt said.

Finding out that a disease affects one’s body can damage the psyche of a person who previously lived a “normal” life; the five stages of grief come into play because a major life change occurs, making people mourn their old lives. The first stage of grief–denial–serves as a critical period of time for a patient with most of the significant life changes happening to avoid aggravating the condition further. Predominantly, adults struggle with this stage because by this point in their lives a daily routine established itself. This stage can also present itself before a diagnosis due to the availability of information on the internet; self-diagnosis can lead a patient down the path of denial of their symptoms.

Anger, the second stage of grief, typically comes after the diagnosis from a doctor. Patients become angry at the fact that they must drastically alter and incorporate new medications and treatments into their already structured life. Anger leads into bargaining, wondering “what did I do to deserve this disease?”, “what could I have done to prevent this?”, etc. Trying to cope with such devastating news proves difficult when one constantly beats themselves down mentally and emotionally for something they simply cannot control. Learning of an incurable disease living inside the body makes it hard for any patient to grasp. They struggle believing they can truly live the rest of their life peacefully, especially right after diagnosis.

Because of the immeasurable number of questions that enter the mind during bargaining, depression hits soon thereafter. Sadness weighs down sufferers as a result of feeling like a burden on the people who care for them. The first couple of months after learning about a disease seem to drag on; the days seem tumultuous and like nothing will ever reverse back to normal. Unfortunately, circumstances for anybody must worsen before they improve. However, the last stage of grief, acceptance, can turn the tides for anyone living with a debilitating/chronic disease.

Accepting a disease shows growth within a person; they begin believing that through strength and perseverance they can fit their condition into their life. It encompasses stability on medications, reporting to all doctor’s appointments with an open mind about different treatment options, and cooperation with the people around that want to provide aid and comfort. At this point in the game, patients will accept their condition better than they did at the time of diagnosis and show willingness to do whatever it takes to enjoy their time on Earth. Of course, due to the course of nature, cycles repeat themselves, and just like with any cycle, patients bound to their conditions must endure the steps of the grief cycle multiple times. Unfortunately, the sad reality becomes that patients must grow a thick skin against their own minds and persevere through the rollercoaster that any disease brings along.

“Originally, I was very upset; I was very scared … doctors just kind of blew it off until my freshman year. It was kind of strange knowing that I have this condition now. I was stressed, but my doctor calmed me down,” Hewitt said.

Debilitating diseases and conditions can take a huge toll on students specifically, making it difficult to complete school work or even show up for school at all. Diseases that require surgical invasion prevent patients from showing up to school. Also, diseases that involve the bladder and intestines interrupt students in class by the frequent urgency to run to the restroom, as well as diseases that affect the brain create learning disabilities. Overall, debilitating diseases make learning seem like a burden; sitting in class seems like the last activity anyone would want to do, let alone teens that suffer from crippling symptoms.

“ Since my freshman year, I’ve spent 24 days at Children’s Hospital, so obviously, I’ve missed a lot of school because it’s all happened during school time, but it takes me anywhere from two to three weeks to fully make things up afterwards, but I’ve never felt extremely stressed or pressured because the people here are extremely understanding,”  Hewitt said.

According to research conducted by Dr. Gary Maslow, children that suffer from a chronic illness struggle to find future income, education, and careers. However, that did not stop senior Brianna Hewitt from pursuing her dreams.

“I was recently in the hospital for eleven days in September, and it was really, really hard to recover, but I just did a national pageant last week. Being in the hospital for basically all of September and then only having a month to prep [for the pageant] was a big deal to me,” Hewitt said.

Despite her battle against Marfans Syndrome, Hewitt continually strives to do all that she can to not let her condition control her daily life. She plans on attending a school in California and one day pursuing a career in acting/ film.

“Ultimately I do want to work in Hollywood; I want to be an actress, but I also have interest in working behind the camera. So, ideally I’m looking at a lot of colleges in California. It helps that my family is there, and a lot of them are doctors too, so if anything were to happen, I feel like I’d be taken care of pretty well,” Hewitt said.

Overall, senior Brianna Hewitt does not let her diagnosis push her around. Just like all other teens and young adults, she possess goals and dreams and plans on pursuing them to the best of her ability. People who stuggle with disease can make as much of a difference as “normal” people. 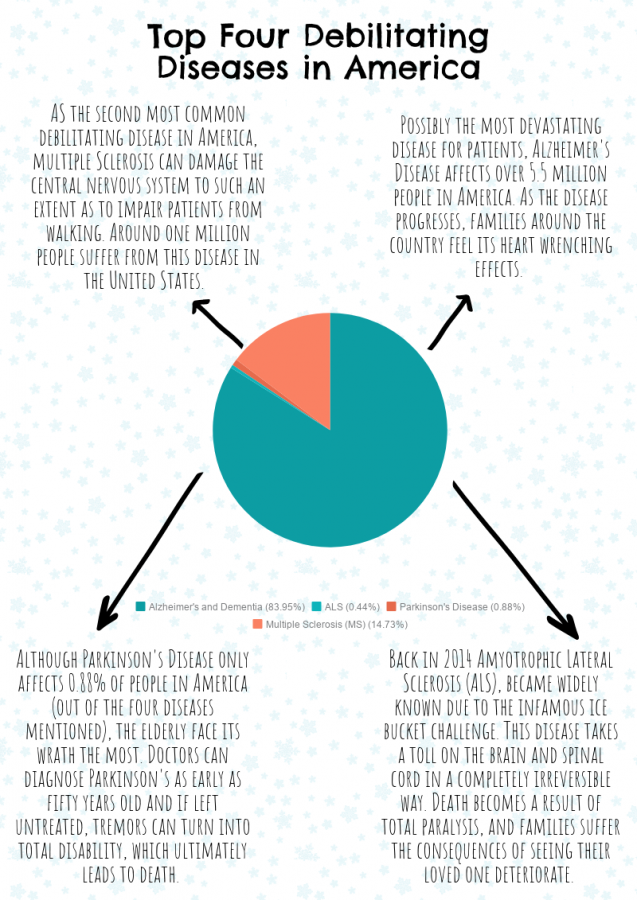 As a disease of the bladder, interstitial cystitis creates extreme discomfort in the pelvic area, as well as the feeling to urinate more often with smaller volumes of urine than most people. Since 2016, I felt as though my bladder contained more pressure than the average person. Throughout most of 2017, my parents took me to urgent care more times than I can count because of my discomfort, and most doctors presumed it as a urinary tract infection (UTI).

After visiting the ER in May 2018 due to urinating blood, the ER physicians assumed kidney stones developed in my system, but all the tests came back negative. Fast forward two months to the most horrific 24 hours of my life; with no food in my body at all, I felt weak as nurses rolled me into an operating room to perform a cystoscopy on me. After the procedure, my parents and I found out that I carry the interstitial cystitis disease, and my life changed drastically from there. I went through a series of emotions, similar to that of the cycle of grief. My physicians put me on a strict diet plan to keep me from urinating blood because certain foods irritate the bladder more than others.

Overall, experiencing a disease so late in adolescence definitely presented me with challenges I never thought I would experience. Medical conditions do not allow for planning, which for a plan-oriented person can mess with the mind significantly. Over the past six months, my life unexpectedly changed, and life became a learning curve for me. My condition continues to teach me patience and that certain aspects of life simply cannot stay in my control.

Although debilitating diseases and conditions alter the way one lives their life, patients must always remember to keep moving forward. Life comes with a number of different issues, but with proper care and attention, one can manage their diagnosis. Disease does not define a person and their ability; how one reacts and manages disease does.