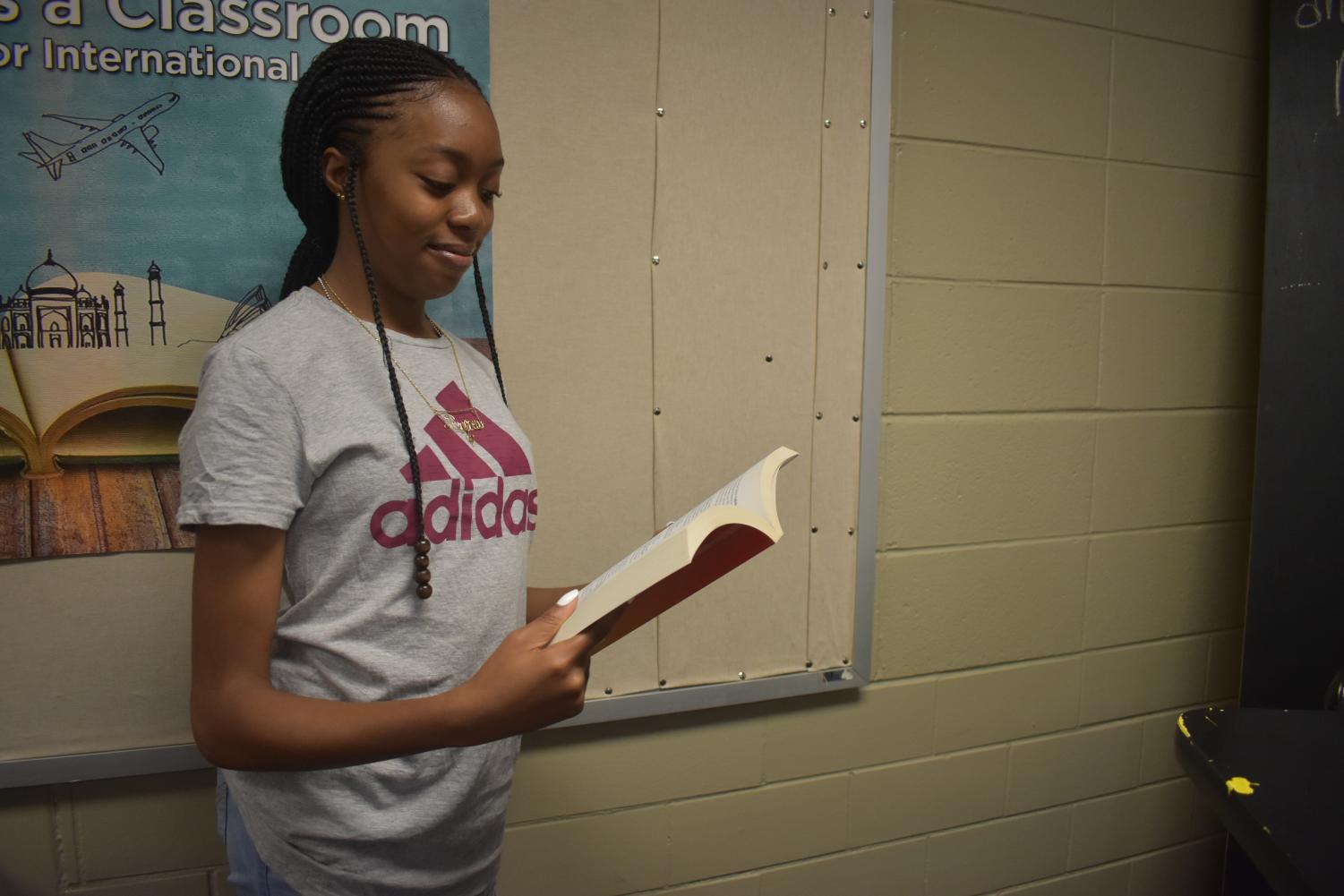 Magnet junior, Precious Ajero stands reading a book to learn about college and the college application process. Ajero takes science and math class to prepare her for her future. She plans to follow in a career as a pediatrician and study at Emory University. (Jessica Joachim)

Magnet junior, Precious Ajero stands reading a book to learn about college and the college application process. Ajero takes science and math class to prepare her for her future. She plans to follow in a career as a pediatrician and study at Emory University.

What do you want to be when you grow up?

High school students possess dreams for their future and careers along with how they will achieve these dreams. However, these current high schoolers, referred to as “Generation Z,” often do not establish a general plan for how to reach these goals. Drive—defined as the motivation to reach a goal—and ambition, the desire to reach the end result, differ among students. Students hold alternate perspectives, determining the importance and values of drive and ambition. Unfortunately, this leads to the result of students not prepared or capable of planning ahead.

“I think that if you are a natural procrastinator, planning doesn’t come naturally. They definitely don’t teach that in school, and I think sometimes this is a real problem and can be of detriment to students who are trying to succeed or think they are consistently going to be be able to succeed without some form of pre-planning ahead,” American Literature and AP Language and Composition teacher Lindsay Theaker said.

Dreams do not turn into reality without action. In brief, “ if you don’t have a plan, if you don’t have realistic and actionable goals to pursue, you will not follow through with your dreams,” entrepreneur contributor Dan Dowling said.

A dream without proper planning cannot reach full success, and despite this lack of knowledge from peers, other students have a clear path for their future careers. Junior Precious Ajero sets a clear plan for her future in medicine as a pediatrician.

“I want to be a pediatrician and I want to go to a pre-med school so that I can major in pre med and further my studies. I like setting goals because they help me to get towards my future,” Ajero said.

Ajero works hard and takes steps throughout her high school career such as taking science and intro to healthcare classes to prepare her for her future, creating a tangible reality. 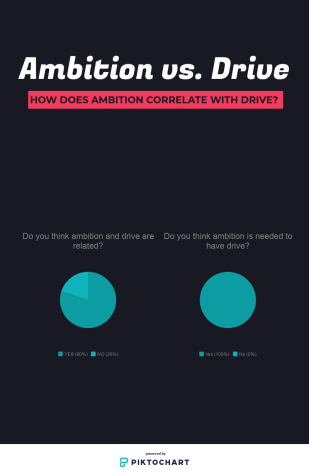 When it comes to this generation, their priorities differ from those of the previous generation. “They care about making a difference, but are ultimately motivated by ensuring they have a secure life outside of work,” said Deep Patel in a Forbes article.

This generation can be seen as more ambitious and driven because of the reasoning behind their dreams and striving for vast expectations of their impacts through themselves and through their peers.

An increase in technology and surge of recent celebrities with humble backgrounds may prompt young individuals to believe and dream that anything remains possible. This idea to rise from nothing into fame proves unlikely for their participants.

“In media-rich urban centers, the drive to stand out tends to be more oriented toward celebrity, and its hold on people appears similar across diverse cultures,” New York Times writer Benedict Carey said.

“The last decade has shown that with a little encouragement, many can easily become excessively lustful about homeownership and wealth, to the detriment of our economy and society,” New York Times writer Robert J. Shiller said.

Generation Z strives to improve their lives for their upcoming future by putting their self care ahead.

“ When I grow up I want to be a criminologist. I want to be able to put food on the table and provide for myself,” junior Charly Hill said.

North Cobb students place importance on their end goal, but they cannot achieve these feats without effort.

“Everyone’s goals and dreams are different. My best subjects are in math and science and I’ve noticed that when I’m in a science class I usually enjoy it and I can see myself pursuing a career in that. I want to do what’s best for me because I know that it would be best for me or make me happy and benefit me in the long term,” Nguyen said.

Teenagers shift their morals with the changing society. “Our ethical landscape is ever changing, and the actions we consider moral and immoral have shifted rapidly across the decades,” writer for Scientific American Jamil Zaki said.

Along with changing morals, the modern idea of the American Dream continues to slowly lose its initial meaning as years pass. The American Dream “in 1931, when writer James Truslow Adams coined the term ‘the American Dream,’ it had more to do with idealism than material prosperity. The American Dream…was ‘that dream of a land in which life should be better and richer and fuller for everyone, with opportunity for each according to ability or achievement,’” writer for The Atlantic Jonas Clark said.

Access to resources and the current economic condition of America also changes the views of young adults.

“The new American Dream is no longer about pursuing opportunity—but learning how to earn the right to both see it and seize it. Today, the real opportunities are hidden. The new American Dream requires you to earn opportunity.  This doesn’t mean that you will be able to seize it—it takes time to have a seat at the table—but you must get the conversation started,” Forbes contributor Glenn Llopis said.

“It’s just not realistic anymore based on the state of the economy. It is really hard to come from nothing and make your way up to being what the American Dream fantasizes about being. You can make your way up and you can become comfortable but it’s nearly impossible to become what the American Dream makes it out to be,” junior Taylor Catlin said.

“I think being driven is more important because anyone can dream big but if you’re not willing to put the work into achieving those dreams or have the work ethic, then you’re not going to be able to succeed,” Nguyen said.

This generation’s dreams lead them to create goals for themselves without considering distractions from others. These individuals strive to obtain a life where they can achieve anything, unwilling to sacrifice for what they know they deserve.

“I want to be a zoologist or an obstetrician. I am currently taking a lot of AP classes. My high standards make me ambitious. Others may say that they [my dreams] may be a little bit unrealistic, but I don’t care, I think it’s doable,” junior Jose Chirinos said.

As indicated, ambitions on their own remain weak until supported by strong motivations and drive. However, even with a driven individual, leading a successful life does not always measure to the expected result of success and proves difficult. In fact, “being ambitious isn’t enough. Far more important than ambition is commitment. When you’re committed to something, you will be and do what is required for the attainment of that thing,” Inc writer Benjamin P. Hardy said.

“Only 16% of working artists are graduates, and out of 2 million art graduates 10% make primary earnings as working artists,” BFAMFAPhD, a collective of artists, designers, technologists, organizers, and educators who work in the intersection of art, technology, and political economy said.

“There is more to succeeding in the fine arts than having ambition and drive. These are both very important qualities. However, if you don’t have a strong work ethic, time management skills, and talent, it will be very difficult to obtain a career in the fine arts. I think in order to be successful in the fine arts, you need passion, ability, and professionalism over everything else. If the skill set and the love of the fine arts field is there, these qualities will work together within you to fuel the development of other needed characteristics over time,” chorus teacher Ms. Holly Botella said.

Creative careers prompt pursuants to determine qualities other than ambition and drive, needed in a competitive pathway.

Dreams and ambitions remain greatly expressed throughout today’s society, but the importance and relationship between both factors remain left to the interpretation of individuals as previous morals configure to the transfiguring society.

Far reaching dreams can remain possible only with the bare minimum of ambition and motivation. NC students display the drive and motivation to match their ambitions and reveal the parallel between the two.