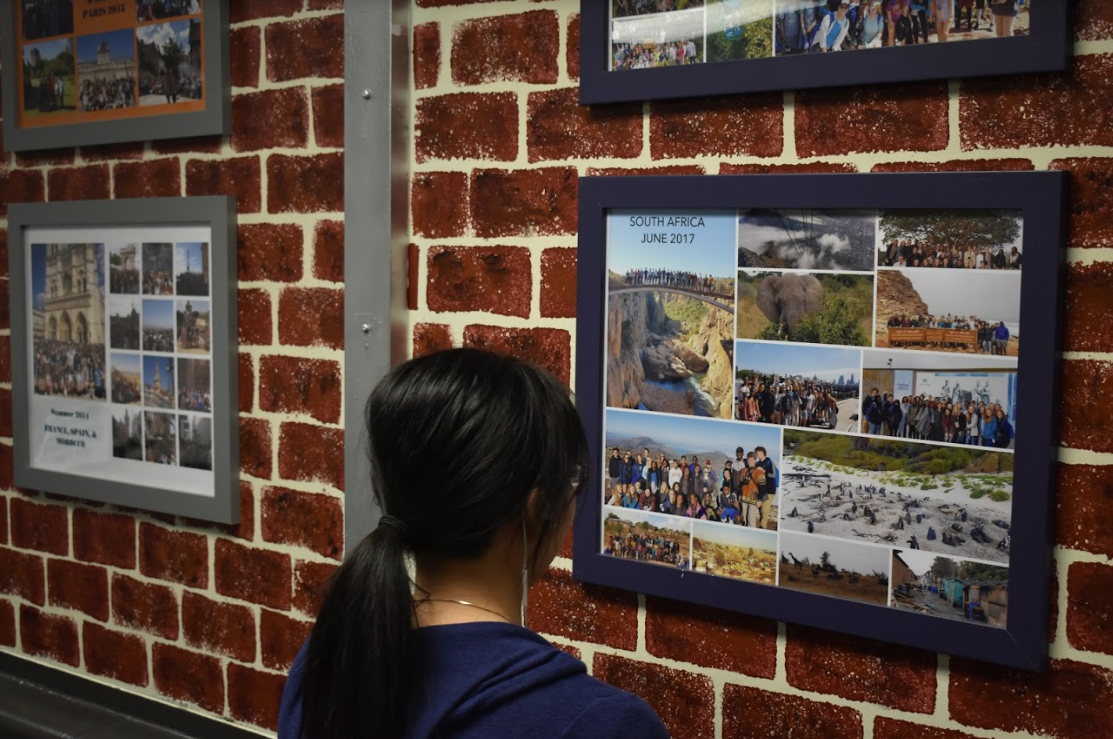 The NC Magnet Program for International Studies and several foreign language classes offer opportunities for students to travel to several countries, fulfilling their purpose of exposing their students to the world and its diverse cultures. This past summer, juniors visited Australia, New Zealand, and Fiji. The Magnet class of 2020 will make their way to Central Europe, including Switzerland, Hungary, and Austria in summer of 2019. French, Chinese, and Japanese classes also offer opportunities for students to travel to France, China, and Japan. (Angela Canales)

The NC Magnet Program for International Studies and several foreign language classes offer opportunities for students to travel to several countries, fulfilling their purpose of exposing their students to the world and its diverse cultures. This past summer, juniors visited Australia, New Zealand, and Fiji. The Magnet class of 2020 will make their way to Central Europe, including Switzerland, Hungary, and Austria in summer of 2019. French, Chinese, and Japanese classes also offer opportunities for students to travel to France, China, and Japan.

Travel: A road to the mind and soul

The word travel carries a broad range of meanings to a series of different people; one can travel from home to the supermarket, and one can travel from the United States to the coastal islands of the Pacific. To each person, this word maintains a certain level of power that could potentially steer someone towards a happier and more content lifestyle.

Consistent world-travelers admit that traveling helps them discover a new purpose for themselves; they face life out of their usual comfort zones and explore distinctive social settings, careers, languages, and cultural customs.

“People need to travel and discover different things and places. When you travel, you will truly find out why you like what you like and realize you’ve been missing out on a lot of new experiences,” junior and consistent world traveler Sonia Jorge said.

With this in mind, people discover and experience new passions that make them susceptible to newer mindsets and lifestyles. Traveling allows people to mold, shape, and transform themselves by foreign grounds, away from home and familiar influences.

At NC, the Magnet program and several language classes offer plenty of opportunities to motivate students to reach out into the world and see it through a new set of eyes. Every year, students come together to benefit from these cultural experiences that allow them to broaden their perspectives of the world in front of them.

“Traveling gives you the gift of perspective. It is impossible to truly understand someone’s point of view until you understand their culture. Exploring places around the world and interacting with people of different backgrounds helps people become well-rounded people capable of succeeding in all environments,” travel coordinator James Auld said. 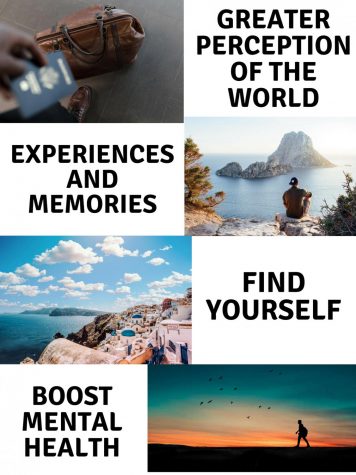 As a result, perceptions and open-mindedness also become widened through consistent traveling throughout life. While experiencing different cultures, customs, and meeting people of different backgrounds, immersing oneself into the community they visit could cause a shift in their own beliefs and viewpoints about several topics.

“Traveling is a great way to be exposed to people and ideas that are very different to your own; it makes you understand that the world you see is different to how others may perceive it. It teaches you to be tolerant with those who are different from you,” Jorge said.

With social and political stances taken into account, perceptions of the world may shift when people view situations all across the globe with their own eyes. Seeing poverty, violence, and similar situations with one’s own eyes creates an experience that one does not receive through simply talking about it.

“One time when I was traveling in India, we ran into this group of kids, and my dad asked them if they had been going to school. They responded ‘no, we don’t go to school.’ They were younger than me and were supposed to be going to school. The fact that they weren’t going to school made me realize that I should be appreciating my education and feel more gratitude towards everything that I have,” Magnet sophomore Vedika Marthur said.

The idea of “putting yourself in someone else’s shoes” comes into play with travel; when faced with unfamiliar customs, potential danger, and other aspects of travel, people may become more tolerant and understanding of other ethnicities and nationalities and find the ability to compare and contrast foreign cultures to their own.

“Going through unfamiliar situations forces you to rethink your own culture and examine why you do things differently. You may choose to remain in your ways, but often, you will rethink them and adopt new ideas you’ve experienced,” Auld said. 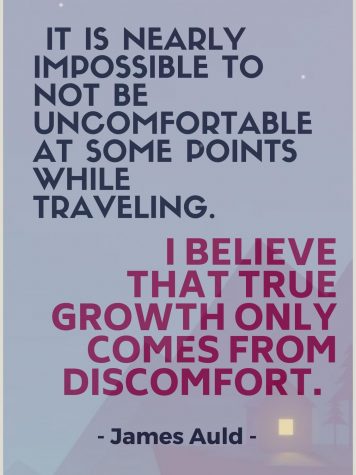 Appreciation and understanding of other cultures also reportedly increases with traveling. According to a survey conducted by travel site Momondo, 76 percent of travelers believe that travel led them to attain a more positive outlook on other cultures and diversity. Traveling could ultimately teach people to become more tolerant and empathetic of others, even when they return back to their homes.

Short and long distance traveling could also lessen the severity of mental health disorders, such as anxiety, stress, and depression. A 2013 research study done by The Global Commission on Aging and Transamerica Center for Retirement Studies revealed that 89 percent of respondents saw significant drops in stress after a day or two of traveling.

In another study conducted by the Marshfield Clinic in Wisconsin, results revealed that women who traveled more frequently “were less likely to become tense, depressed, or tired.” Boosts in mental health could occur when traveling and may maintain a lasting effect even after returning back home.

With the capability of trips making adjustments to mental health, studies show that studying abroad may also boost levels of creativity in humans through exposure to different cultures and societal values. In a study released by the American Psychological Association, results showed that “the longer students had spent living abroad, the more likely they were to come up with the creative solution.”

Although there lies no certainty that spending time abroad will drive a person to become more creative, conclusions of the study revealed that those who did study abroad longer obtained significantly more creative methods to proceed with the experiment presented to them.

Traveling seems to adjust levels of general happiness as well. Those who study abroad and those who travel continuously “let loose” while away from home, temporarily abandoning the stress and pressures of school and work behind for a while.

“From the time we’re infants, psychology research has revealed how much humans are attracted to new stimuli. We are drawn to unique, interesting experiences. Even if travel can be stressful and tiring, the memories created, even if they’re of epic travel disasters, will last a lifetime and be looked back on fondly forever,” Auld said.

At times, people stay away from traveling in order to prevent the stress of preparing and planning trips. According to a study by the Harvard Business Review, 74 percent of participants find that the most stressful part of traveling is “figuring out the details,” such as planning transportation and booking hotels. Poor planning holds the potential to take away the positive feelings of traveling and could essentially create a burden upon a person’s shoulders. Thorough and timely preparations for a trip could lead to the prevention of pre-planning travel stress.

Traveling holds the potential to improve multiple aspects of one’s lifestyle, and the world awaits discovery with several benefits leading one towards a better path. Go out and explore the world, immerse yourself in a new culture and lifestyle— it may just take you to a new place, physically and mentally.