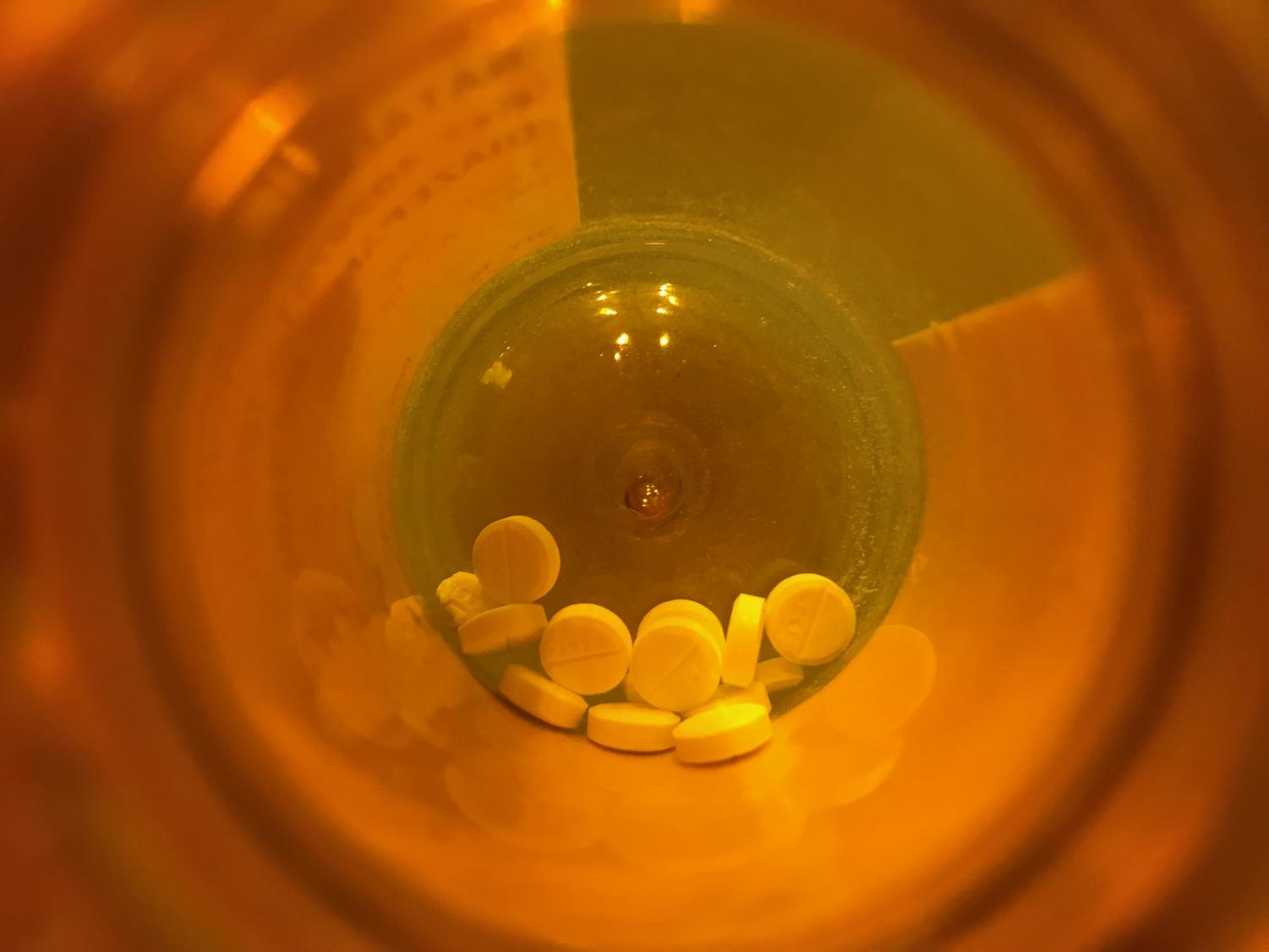 Read the directions below before ingesting:

If you have a fractured bone, an exposed flesh wound, or need to relax: take 3 (24 mg).

If you have diagnosed ADHD, narcolepsy, or feel a little lazy today: take 1 (8 mg).

Modern medicine: the rise of a revolutionary era, and the potential detriment of today’s society. Pills, widely perceived as a quick solution encased in a gel capsule, begin to slip away from their true intentions, and challenge the very Hippocratic Oath itself when considering that 80 percent of heroin users started with a prescription painkiller.

In a world tethered with charging cables and illuminated by bright screens, the basics inevitably slip the minds of many, despite the fact that these basics sustain the wellbeing of the human condition. The wheel, supply and demand, collectivism—all ancient concepts that still prevail in today’s society. Evidently, when analyzing the ramifications of modern pharmaceutical treatment, the medical industry must go back to the basics as well—it must go back to nature.

Prior to criticizing, one must appreciate the medical advancements that technology facilitates. From cancer nanotherapy to routine x-rays, the industry’s amelioration deserves its fair share of credit; however, a dependence on laboratory-born treatments misdirect patients, and blinds them from the potential of natural medicine.

Chill pills—more commonly referred to as anxiety medication—treat a plethora of conditions and people. Within the United States, a population larger than that of Poland suffers from anxiety. Of course, treatment for such a prevalent illness fills any pharmacist’s cabinet, but do these artificial medications truly heal these illnesses? Or do they only offer a temporary band-aid and a potentially addictive drug?

Adderall, a combination of central nervous system stimulants, neurochemically counteracts ADHD and treats narcolepsy. It treats 4,802,851 people in the United States, allowing users to take their prescribed pill and enter a hyperactive state that sustains the brain through the day until the next dosage. Essentially, this artificial treatment drags along its ramifications, as any pill bottle does.

Adderall poses physically and psychologically addictive risks, yet simultaneously appeals to college students as a “smart drug” that functions as a mental catalyst—such a deceiving image can knock a youth down into the crevice of prescription drug abuse. From increased shortness of breath and a suppressed appetite to increased anxiety and aggressive behavior, the consequences of abuse outweigh the pill’s temporarily corrective properties in a rather paradoxical way. Adderall, along with most any artificial medications for mental illnesses, treats the illness, keeping it at an oppressed, stagnant state, rather than actually healing the patient.

“I was 18 years old when I was prescribed Adderall. I was extremely anxious and was diagnosed with ADHD. Adderall made me focus, but it also made me more irritable; I wasn’t as outgoing as I used to be. I would accidentally forget to eat and my body would feel heavy. It wasn’t worth it—that’s when I turned to alternative medicines, like meditation,” Kennesaw State University accounting major Andrew Arguello said. 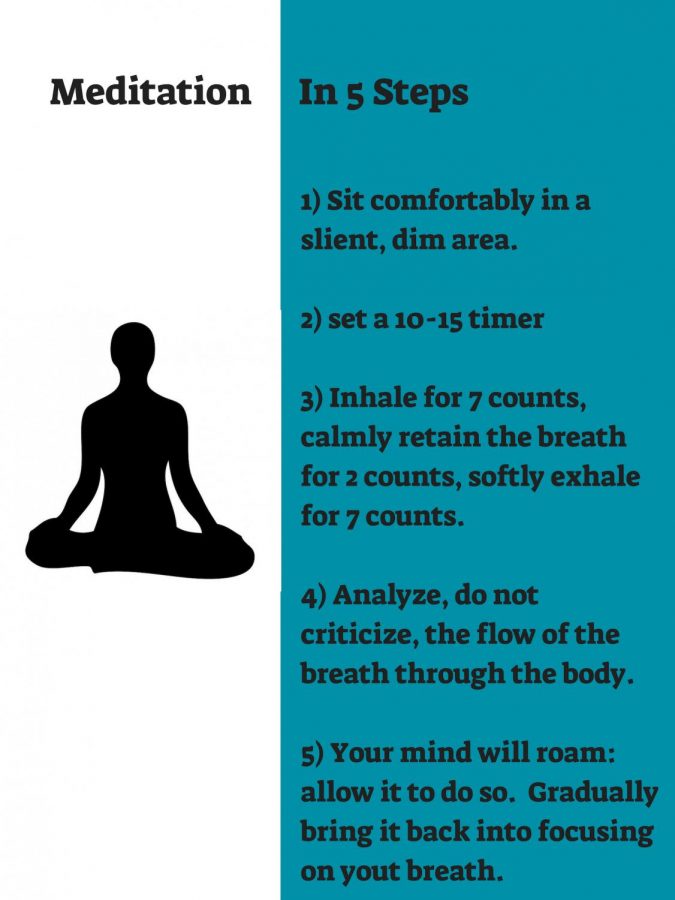 Around 1500 BC, the early Hindu brought forth a method that still holds true today—a practice that enhances mental focus, and quite literally grows the brain while posing little to no risks: meditation. This treatment, accessible to any capable person, revolves around precise breathing and a mindfulness of one’s energy. In training the mind like a muscle, and constantly forcing it to enter an unfamiliar state of focus, the brain begins to consistently maintain itself at a calm and aware balance, even when not in the meditative state. Hence, the brain begins to remedy the symptoms of ADHD, or even fights the challenges of the day-to-day distracted mind. Furthermore, meditation not only treats certain mental illnesses; it commences a natural process that does not necessarily cure the illness at hand but enhances the mind without a dependence on outside supplements.

“Once we get a taste [of meditation], we realize what we’ve been missing. Joy, centeredness, peace of mind, and focus are all byproducts of meditation. Many artificial medicines have side effects that we want to avoid, so eating healthy, exercise, and yoga are great to reduce the times you will feel sick,” sophomore and president of the Active Meditation club Vedika Mathur said.

A solution so simple, so safe, and so effective seems supernatural when compared to the side-effect ridden pill bottles that society depends on today, but this practice does not stray from humanity’s reach, it simply defines the ability of the nature that surrounds us.

Natural medicine goes beyond just superseding a pill like Adderall. It tackles one of the most severe illnesses that plagues modern society: depression. With 16.2 million adults affected by depression, the modern medical industry obviously throws in its fair share of prescription pills, widely known as antidepressants. Essentially, these pill-sized treatments tackle the chemical imbalances which induce the illness. From redirecting neurotransmitters to supplementing a serotonin (feel good chemical) deficiency, antidepressants deserve credit for the benefits they offer—limited benefits, however. Along with its neighboring pill bottles in the medicine cabinet, these antidepressants come with a price.

Medication functions to better the patient, or at least, do no harm. However, the harmful derivatives and potential risks of abuse often defeat the purpose of said medications. Nausea, decreased sex drive, insomnia, constipation—all expected results of taking these artificial medications. Aside from the discomforting effects that antidepressants provoke, the risk of abuse also faces each user. Considering that antidepressants only work for 60 percent of users, the side effects outweigh the benefits, surprisingly enough.

Nature, once again, brings forth a more sustainable, affordable, and safe proposal when addressing depression: exercise. The psychological impact that a healthy lifestyle has, particularly regarding its impact on depression, exhibits the medicinal significance of alternative methods.

“When I got my membership at LA Fitness, I started to feel emotionally lighter, and more calm. Exercise gives me consistent results regarding my mental health that I don’t think pills could,” senior and Varsity tennis athlete Kaden Barfield said.

Also referred to as “the jogger’s high,” a rush of endorphins surge the brain after exercise, fighting the symptoms of depression and introducing a new method of treatment. Additionally, consistent exercise “supports nerve cell growth in the hippocampus [the area of the brain regulating mood], improving nerve cell connections, which helps relieve depression.” The side effects? Lower blood pressure, cardiovascular improvement, healthy weight loss, and increased sex drive.

When tackling the complexities of the mind, imposing lab-born chemicals upon the brain challenges the very origins of humans: nature. The implementation of alternative medicines must create a foundation of sustainable and accessible health for the up and coming youth, because for students to succeed tomorrow, they must secure their health today.