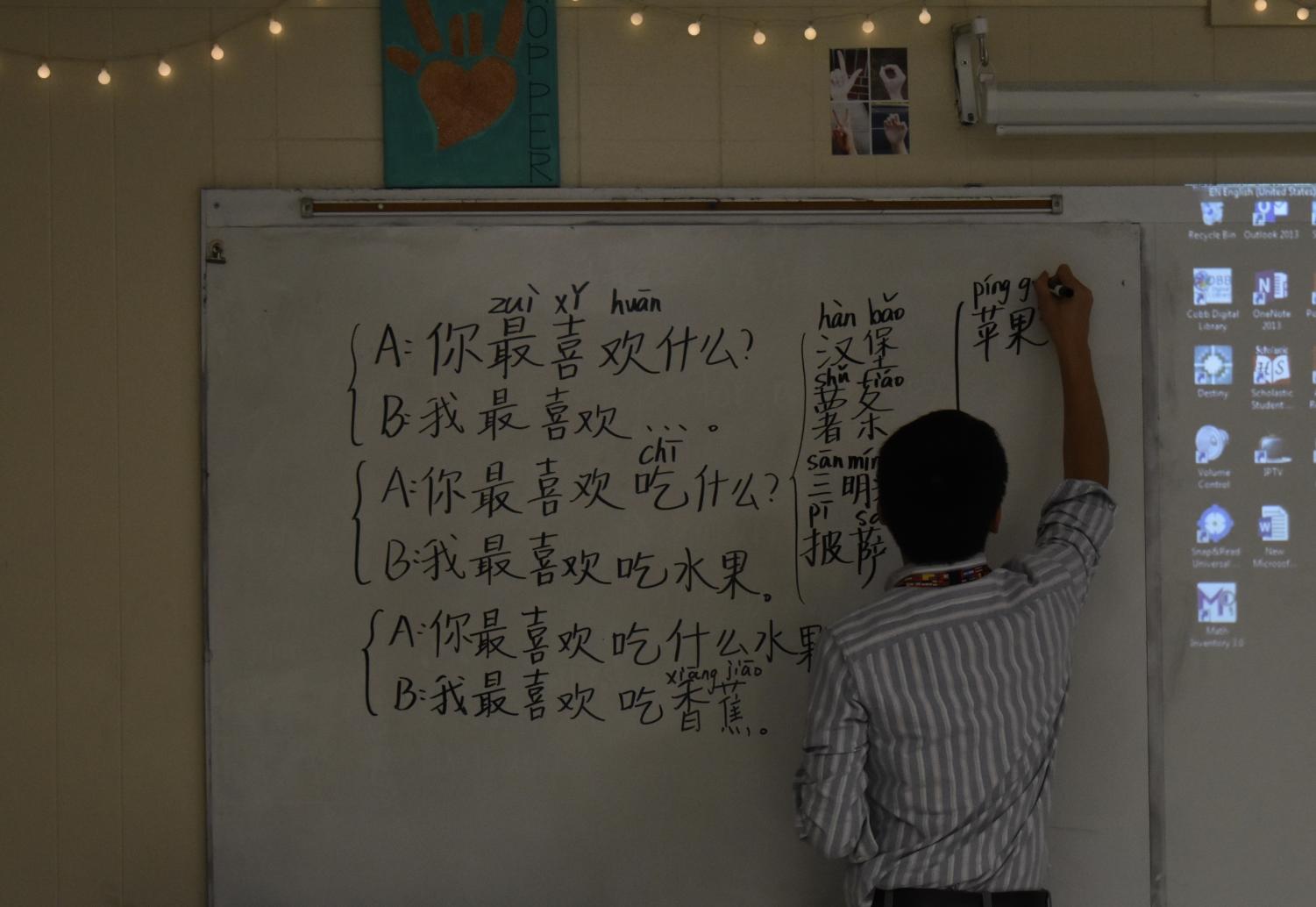 Out of the six Cobb County magnet programs, only NC, school of International Studies, offers 8 different varieties of world languages. With the wide range of language courses they provide, NC requires magnet students to meet specific standards before graduation. The curriculum at NC requires their magnet students to take four semesters of language, and at least three of those must contain the same one. Similar requirements apply to non-magnet students, except their graduation requirement demands only two semesters of the same language. Students must meet these standards before the end of senior year in order for students to graduate. That raises the question: do NC students take language classes just to meet the school’s requirements, or do NC students take language classes because they believe it can help them in the future?

Considering that the NC Magnet program focuses on International Studies, select students will choose to exceed expectations and take classes for not just one, but multiple languages during their four years in high school. Other students, however, reject the notion that these classes will benefit them in the future and view taking these language courses as a waste of time.

According to the Digest of Education Statistics, on average, high school graduates in America only spend around two years studying a foreign language, and studies show only about one in a hundred students acquires fluency. In America, students often do not start learning a second language until the tail end of middle school or the start of high school. This may pose a problem considering the majority of people learn and retain language better when they start at an earlier age. Studies show that a child’s brain chemistry absorbs information much faster than older teens and adults since he/she learns information without conscious awareness. Adults and older children, however, consciously learn the information, making it harder for them to learn a new language because the information sometimes gets lost or disassociated. Plenty of high school students do not receive enough instruction for learning the language to actually benefit them in the future. According to The Atlantic, less than 1 percent of American adults today remain proficient in a foreign language that they studied in a U.S. classroom. Yet, 93 percent of the high schools in the country offer foreign languages.

“Personally, I don’t think taking three semesters of Chinese will get me anywhere near fluent enough to help me with what I want to do in the future. I want to go into astrobiology, and I can see how knowing conversational Chinese is beneficial, but at the same time, the quality of knowledge I got from taking the class is nowhere near the level to be able to understand rocket science in Chinese,” Magnet junior Taylor Catlin said.

Especially when students take their languages classes spaced out over four years, it becomes extremely difficult for them to retain specific vocabulary and grammar rules that they learned previously. Foreign langua 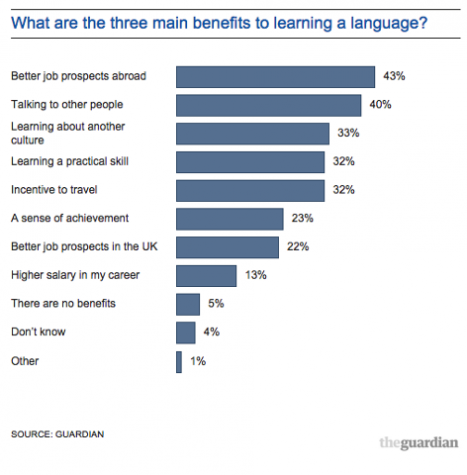 ge students may argue that even taking the maximum five semesters of a language class at school still stops short before applicable use in the workforce or social situations. The key step to advancing language skills and solving this problem includes dedicating time outside of school or immersing oneself around native speakers.

“Anyone can take a language class and pass them as long as they put at least a little effort into them, but they’re probably not going to understand or remember everything they learned compared to if they study abroad. You will learn a lot more if you’re dedicated enough to study abroad in a country where they only speak that language,” senior Benson Zhang, fluent in Chinese and English, said.

However, taking these language classes in high school can also strike as an opportunity to stand out on college and job applications. The more languages one indicates he understands and converses in, the more eye-catching one appears to potential colleges and jobs. In fact, the demand for bilingual workers more than doubled in just five years. Some of the highest paying jobs, like financial managers and engineers, currently hold the fastest growth in bilingual listings. The skill of understanding another language can help with practically any job. For instance, no matter a restaurant workers or an accountant, in both circumstances, they may find their multilingual abilities helpful to deal with customers who struggle to speak English.

“Freshman year, my Shop With a Warrior kid had just moved from Venezuela and didn’t speak any English. But luckily, since I took Spanish for one of my language classes and became fluent in it, I was able to communicate with him. Taking language classes has been really helpful in my life as of right now, and I’m sure it’s going to be even more helpful in the future,” junior Molly McGouirk, fluent in English, Norwegian, Spanish, and Portuguese, said.

The U.S. consists of nearly 44 million foreign-born Americans. Oftentimes, one will come face-to-face with someone from outside the community that struggles to communicate with others. Understanding even just the basics of the language could come in handy to communicate with those who struggle with English. 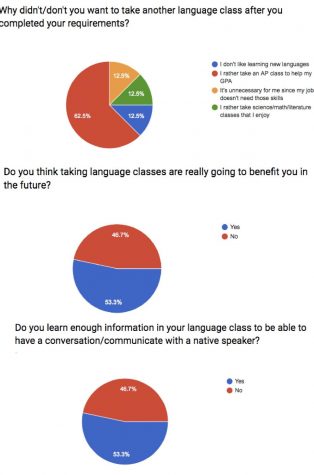 “Some people are taking a language class only because it’s required, but the majority of the people are interested in the language and culture, so they will take it seriously. Learning a language is really like a way of visiting a different culture. Taking these language classes is good for opening minds and creating new ideas. If high schools didn’t require students to take language classes, they’d never be introduced to something new, something they might actually end up enjoying and doing something with in the future,” Assistant Chinese teacher Jacobi Itkow said.

If students put as much effort and dedication into taking a language class as they do gaming or texting, the effects for their future hold beyond beneficial opportunities. Students who only take the class to meet requirements or those who do not practice outside of school will not learn enough to communicate fluently with others. However, students could practice beyond their class time to master the language by either traveling to other countries or interacting with native speakers on their own time.

One Response to “Benefits of foreign language study”