A flash from the past: the McEachern censorship lawsuit of 1980 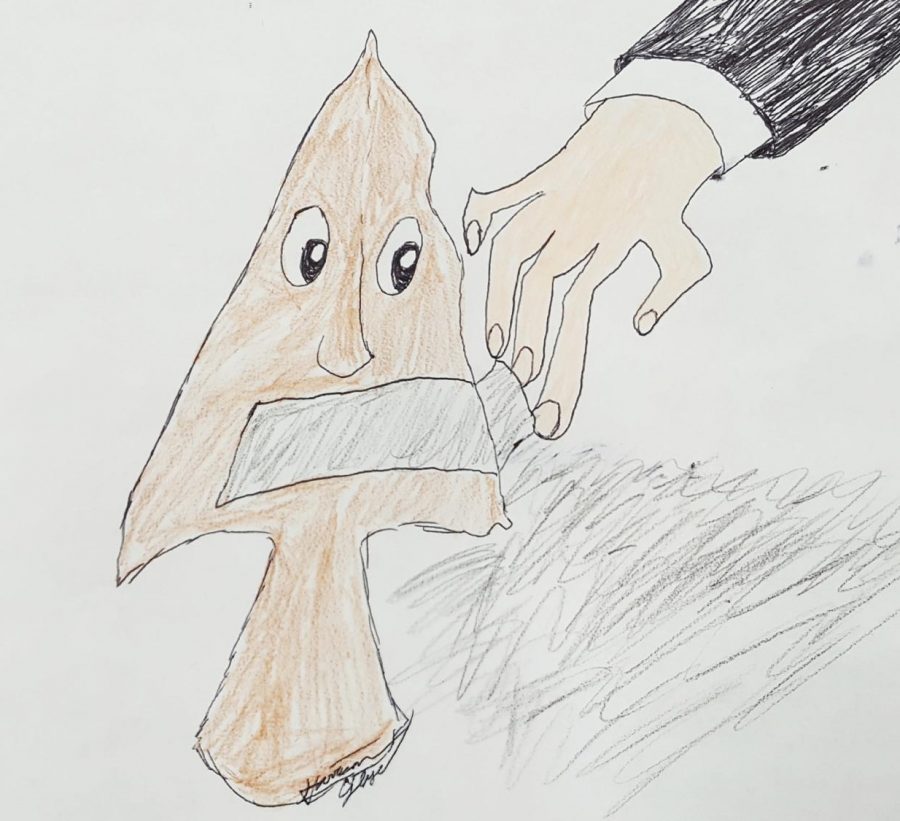 In 1979, The McEachern Arrowhead, McEachern high school’s monthly newspaper, underwent temporary suspension due to a filed lawsuit by Charles E. Reineke, its co-editor-in-chief, against the school newspaper for alleged illegal censorship— the practice of limiting access to offensive information, ideas or books.

Before the lawsuit, The McEachern Arrowhead printed at a private printing company and sold papers on campus. McEachern provided financial support, but most funding came from advertising and sale of individual copies. Their private printing allowed the newspaper easy access to making changes.

Reineke accused The McEachern Arrowhead of illegal censorship on the count of four alleged acts of censorship, due to the controversial edits made in articles without his consent.

On September 27, 1979, the newspaper’s monthly edition returned to the journalism class that held full control of publishing the paper. At this time, Reineke noticed a change in the paper: specifically in the article “New Teachers at McEachern.” The article discussed the new teachers at McEachern and their attitudes towards homosexual teachers. However, Reineke noticed the article no longer existed. Protteau, the faculty adviser, admitted to making these changes while the paper printed. These changes constitute the first act of censorship.

The following morning, students began selling copies of the newspaper. However, McEachern’s principal Mr. Hatcher ordered the distribution to stop and requested students to return all copies sold. Hatcher objected several parts of the edition including photographs used from other publications without permission, authority, or waiver of copyright, poorly written articles, such as “Vietnam Syndrome,” and false information. The confiscation of the September 27 issue contributes to the second act of censorship.

Several weeks after the September issue, the October paper followed regular scheduling. However, while the newspaper printed, Protteau admitted to deleting two articles due to “inappropriate edits.” These changes constitute the third alleged act of censorship.

On October 30, 1979, an attorney retained by Reineke contacted the school principal and advised him that the aforementioned actions constituted censorship of the school newspaper in violation of his client’s First Amendment rights. Subsequently, the principal suspended further publication of the Arrowhead, pending termination of the threatened lawsuit. In an effort to substitute the newspaper, the principal enforced a literary magazine. This suspension of publication constituted the fourth act of alleged censorship.

Staff member Wayne Ice’s article “McEachern Suit Begins” archived from The Chant, Volume V, Issue VIII, 1980, notes, “The first hearing in the Reineke vs Cobb County case was heard by Judge Ernest Tidwell, in U.S. District Court on January 7.” The hearing, organized to function as the preliminary hearing, decided the fate of The McEachern Arrowhead. If the restraining order against The McEachern Arrowhead passed the judges’ approval, the newspaper would resume publication.

On February 21, 1980, the Reineke vs Cobb County case came to an end. Tidwell passed the restraining order and ordered the defendants from prohibiting or interfering with the distribution of the September 27, 1979 edition of The McEachern Arrowhead or any material contained therein. Tidwell also issued the defendants from interfering with future articles and cutting off funds for The McEachern Arrowhead. In the case of Reineke, Tidwell announced Reineke as the co-editor-in-chief of the newspaper and granted rights and access to The McEachern Arrowhead. Tidwell also reinstated the journalism class and allowed class members to function as editors and staff of the newspaper.

As of 2019, McEachern High School continues running a school newspaper with a slight name change: The Tribal Times. The Tribal Times serves as an open forum for students’ opinions and ideas. They continue funding through sponsors and even create polls, gaining support from students at McEachern.