Junie B. Jones: The “B” stands for behind the curtain 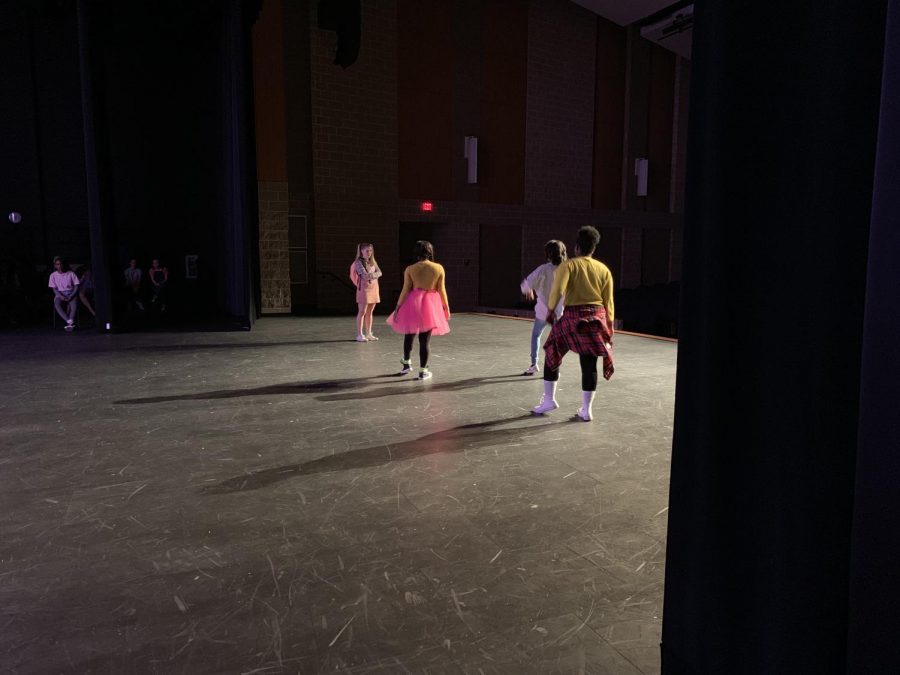 All of the actors’ biggest fans watch from backstage. “You want to treat others the same way you want to be treated, and everyone is just so encouraging,” junior Josh Dixon (Sheldon Potts) said. The love and support radiates from backstage as actors perform.

At the theatre, the viewer spends between one to two hours watching what actors rehearse for countless weeks. In the case of NC Standing Ovation’s Junie B. Jones the Musical, the audience spends 65 minutes watching what took 78 hours to produce.

NC’s Junie B. Jones the musical, a production based on the series of children’s books by Barbara Park written by Marcy Heisler and Zina Goldrich, follows the bubbly—and bratty—first grader through her adventures of school, new friends, and growing up. With a  cast of about 30 actors, the students created a close bond and many memories.

From the nerve-wracking auditions to rehearsals that seemed like they would never end, the performance makes all the hard work worth it. By show day, the actors know the ins and outs of any show in which they participate, learning about the cast and all of the interesting people in the theatre.

“You get a little bit of everything in theatre, everyone comes from a different place. You have a whole bunch of personalities coming into one place, kind of like a mosaic if you will,” junior Joshua Dixon said.

Theatre students often spend more time at school than they do at home, creating a family within the cast. One can spend hours upon hours surrounded by any group of people and form bonds, but the relationships formed in theatre feels like no other. While on stage, students perform emotionally draining scenes, creating vulnerability and a unique kind of closeness similar to none of the other extracurriculars at NC.

Most of the time actors spend time backstage making memories while frantically doing makeup, perfecting dances, and running lines. The nerves of over 30 students grow in anticipation as the show grows closer, however, all the nerves melt away as soon as they get on stage, dancing and singing their hearts out to share the story of Junie B. Jones.

Along with the obvious bonding the cast participates in, small traditions that the cast experiences bring them closer. “Bohemian Rhapsody,” the vocal warmup complete with dancing, singing, and a theatre-style mosh pit pumps up cast and crew before the tedious, yet essential, the process of sound check begins.

“‘Bohemian Rhapsody’ [brings students together] because it’s a very strange experience that we all share,” junior Maddie Hewitt said.

The theatre family, although unique and occasionally a little odd, love each other with a special kind of love.

After the adrenaline of a show-filled weekend, the cast cherishes the close friends made with the people around them. The inside jokes shared, dances rehearsed, and memories made all end sadly after the evening Saturday show. Gone but not forgotten, the cast leaves with excitement and longing for the next one.