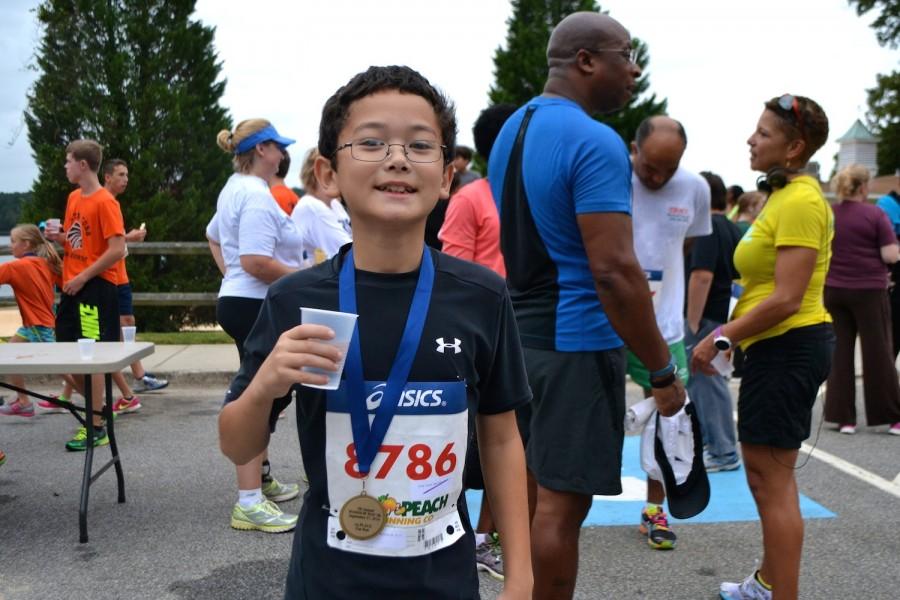 September 27th marked the seventh annual Warrior Way 5K at Cauble Park, a morning full of blocked streets and packs of runners in bright orange. The race is a fundraiser for North Cobb’s Cross Country team and serves as a community gathering. Everyone from students to teachers to local citizens joined in the fun to support North Cobb’s Warriors.

Close to 300 athletes showed up, as well as family members and volunteers. Twenty year old Carlos Ponce stole the show, finishing the 5K in first place with a time of 17:53. The first woman to finish, with a time of 23:15, was Jennifer Wonn, age 35.

Kids 12 and under ran in a 1K Fun Run. The shorter race was a chance for our Warriors to run with local kids, leading them to victory. Sophomore racer Andrew Gasparini commented at the start, “We are pumped, and we are excited to run with our soon-to-be Warriors.”

The Cross Country team took on the 5K as a regular workout. Head Coach Massey cautioned, “If you’re at the front, turn around and find someone to run with. We want the community to win this one.” Athletes with the capacity to win opted to stay behind and run with their family and friends.

The Warrior Way began in 2007. Former head coach David Stephenson explained how they came up with the idea: “We wanted a fundraiser that would not just generate good will and publicity for our team but would also allow us to contribute to the community, so a 5K would be an event that would bring in people from the community beyond just North Cobb High School Cross Country. There’s also a charitable component to it as well. We took the chance and did it. It seemed like a big reach in the first year, but it’s now in it’s seventh and it’s a tradition.” Though Stephenson is not head coach anymore, he continues to support the team and was present at the race on Saturday.

The seventh Warrior Way 5K was a major success, with the help of close to 350 volunteers, sponsors, and runners. Keep an eye out for next year’s race, and start training today to take home next year’s first place medal.