The Lego Movie 2 comes together nicely 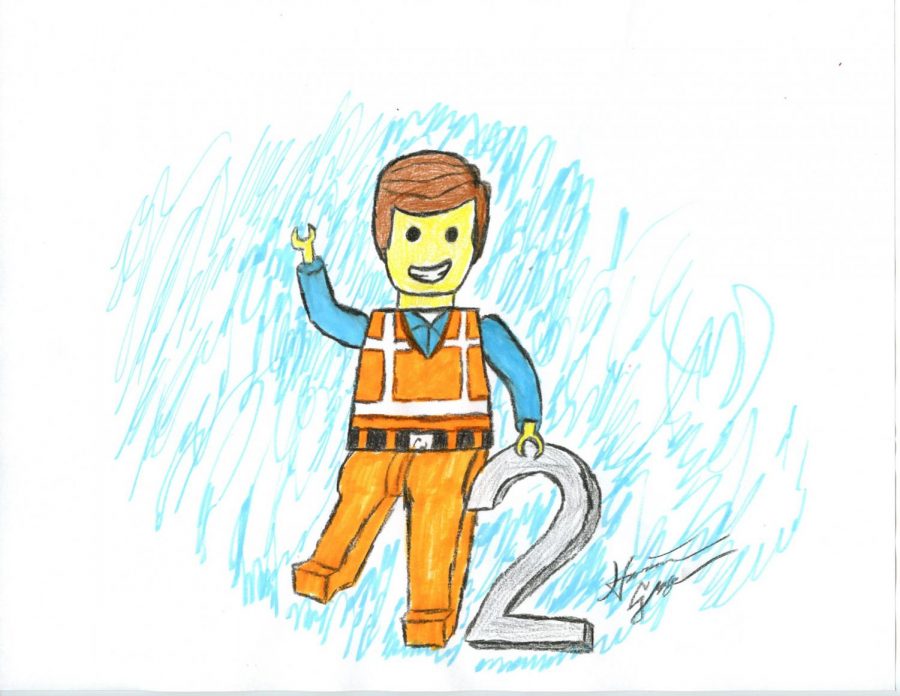 The sequel to Warner Bros. Animation’s popular The Lego Movie hit theaters in early February. Emmet Brickowski and his fellow Master Builders return for a fairly successful second outing, continuing in the franchise’s tradition of witty, idiosyncratic humor and startling emotional intelligence. While the second film sometimes falls short of its predecessor’s high bar, it nonetheless makes for an enjoyable cinematic experience.

Five years ago, in early 2014, Warner Bros. released The Lego Movie to a widespread—and rather unexpected—critical and popular acclaim. Contrary to all expectations for a family film based on a Danish building-block toy, the original film proved equal parts intelligent, humorous, and powerful, earning well-deserved accolades throughout the cinema community. Its financial success earned it two spinoffs, The Lego Batman Movie (delightful) and The Lego Ninjago Movie (less so), and, finally, a direct sequel, The Lego Movie 2: The Second Part, that released Friday, February 8.

As fans will know, the initial film concluded with an impish scene in which the heroes, just after liberating their world, face a new threat in the form of a group of Duplo invaders, who declare their intention to “destroy” the long-suffering denizens of Bricksburg. (This complication arises from forces outside the Lego universe. The first film revealed that the story takes place in the imagination of a human child, Finn, whose play determines all events. Finn’s organization-obsessed father granted his son full rights to his Lego collection on the condition that Finn’s sister received the same permission, thus subjecting the unfortunate mini-figures to the whims of not one, but two, omnipotent and capricious child-gods.) The filmmakers, somewhat unexpectedly, treat that closing scene as canon, and after leading man Emmet Brickowski’s (Chris Pratt) attempts at diplomacy fall flat, the Things from Planet Duplo soon leave Bricksburg a post-apocalyptic ruin. (Emmet’s newly minted girlfriend, Master Builder and goth icon Lucy (Elizabeth Banks), also known as “Wyldstyle,” can scarcely contain her macabre excitement.)

Bricksburg’s, or, more properly, Apocalypseburg’s, prospects grow bleaker still when General Mayhem (Stephanie Beatriz) of the Systar system, ruled by the shapeshifting Queen Watevra Wa’Nabi (Tiffany Haddish), kidnaps the planet’s remaining Master Builders, including Lucy, as part of a plan to marry Batman (Will Arnett) off to the system’s monarch. With reformed villain and Mitt Romney lookalike President Business (Will Ferrell) out golfing, the job of rescuing Bricksburg’s missing heroes falls to Emmet, who enlists the aid of the impossibly cool and slightly shady space traveller Rex Dangervest (also played by Chris Pratt).

Written down, of course, the plot seems transparently ridiculous. On screen, though, it more or less works—and all in all, The Lego Movie 2 serves as a fairly worthy successor to Emmet and company’s first outing. The oddball humor that distinguished the first film remains confidently on display, and the frequent, gloriously irreverent pop culture references, if perhaps a bit too frequent for a children’s film, will nonetheless gratify the older members of the audience. Arnett’s fan-favorite Batman uses his increased screen time here to riotous effect, as does Charlie Day’s 1980s spaceman Benny—even if the latter mostly just shouts “Spaceship!” in a high-pitched voice. (It’s funny in context. Really.)

Phil Lord and Christopher Miller, returning as writers though, not as directors, have produced another intelligent, emotionally subtle, and cleverly humorous script, and the animation remains a joy to behold. The light-as-air electropop headbanger “Everything Is Awesome” recurred several times throughout the original, but the addition here of tunes such as “Not Evil,” “Catchy Song,” and the infectious “Gotham City Guys” makes The Second Part a bona fide musical.

After the first two thirds or so, though, the film begins to flag. A major bam-surprise reveal exposes at least one of the movie’s ostensible heroes as an undercover villain—and (spoiler alert) the majority of the villains as misunderstood good guys. The first revelation makes sense, but the latter feels a bit too neat and a bit too inconsistent with the characters’ past behavior. Most problematically, these characters have repeatedly engaged, on screen, in manipulative and generally destructive actions without regard for consequences, actions that the characters never remedy—and for which they never even so much as apologize. Moreover, Emmet, while under a nefarious influence, makes a number of (understandable) decisions that severely compromise his moral authority—an intelligent reflection on the moral complexity of human life, of course, but also a plot point that produces the awkward situation of a joyous, bombastic children’s action-comedy devoid of a definite hero.

The film also at times feels too reliant on its beloved predecessor. Multiple gags merely constitute repetitions or re-contextualization of jokes from the original, and viewers hear the song “Everything Is Awesome” so frequently that even that iconic ditty begins to feel a bit less awesome. Suffice it to say that it might not hurt to rewatch The Lego Movie before heading out to see The Second Part.

Overall, though, The Lego Movie 2 does more right than it does wrong. It never quite reaches the height of the first film, and it can sometimes feel distressingly confused and repetitive. All in all, though, the town of Bricksburg (or Apocalypseburg) remains well worth a visit.