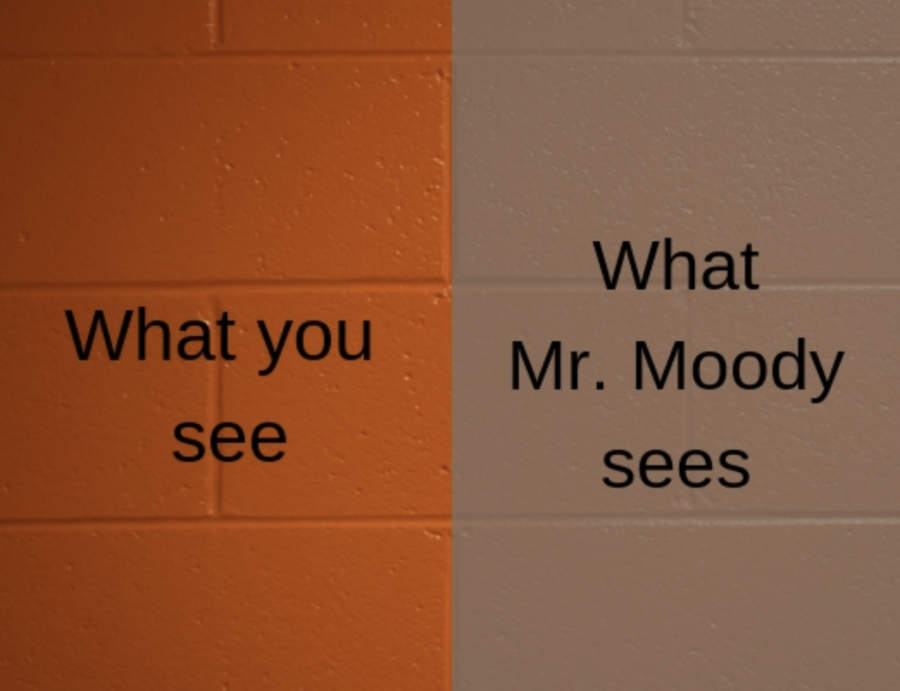 Wandering the halls, one would never fail to notice the bright orange walls peppering adjacent walls. Shocking revelation: Principal Matthew Moody does not seem to notice the same color pallet.

“Oh! Is that what that is? Could have sworn everything was just beige,” Moody said.

“I could have sworn everyone knew! I thought I mentioned it, I don’t even know what orange looks like,” Moody said.

This new revelation accounts for the retirement of the infamous orange, checkered pants at football games previously worn by Principal Joseph “Bucky” Horton. As far as Moody understood, he always wore NC colors.

Students occasional remarked in hushed whispers about Moody’s supposed sight but the rumors held no confirmation until suspiciously, Moody accidentally kept wearing Kennesaw Mountain colors. In an effort to recover his tarnished reputation, Moody checks with NC’s assistant principal Matthew Williams before school begins, who keeps an emergency shirt in his office.

“It’s honestly quite funny and has made Mr. Williams and me very close; he’s the apple to my orange…wait is an apple red?” Moody said.

Nonetheless, Moody feels the warrior spirit despite his lack of color. He happily smiles and says the famed words every morning.

“We are orange… I think,” Moody said.