Baseball team brings on a clone of Babe Ruth 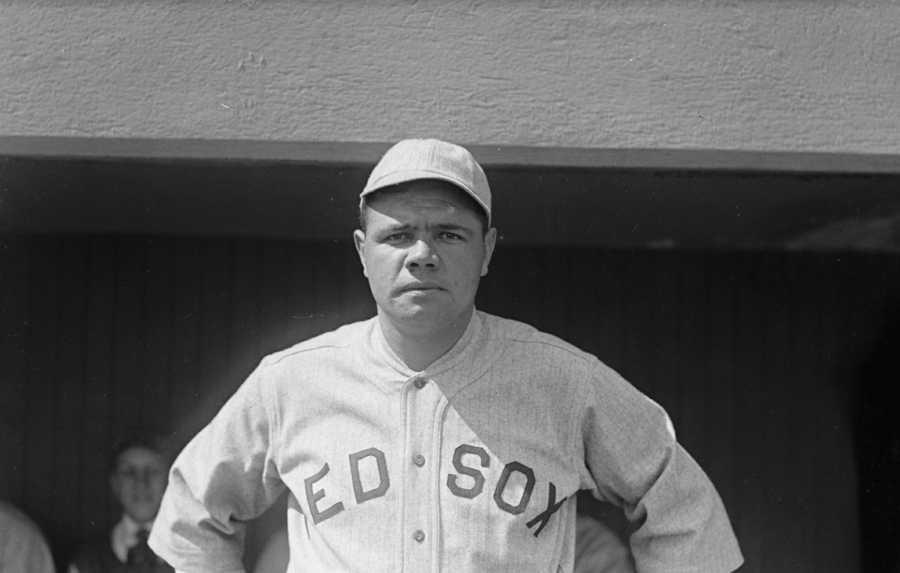 Photo courtesy of Library of Congress

As this year’s seniors prepare to leave NC, the school’s baseball team must once more face the unknown. With a number of the team’s most prodigious talents about to depart for college, the Warriors will need to recruit the most promising new players; this year, though, they can allow themselves a bit more rest than usual. As the science and athletics departments announced in a joint press conference Wednesday, the school’s freshman-aged homegrown Babe Ruth clone, whose existence remained a secret for the first fifteen years of his existence, will join the team this coming fall.

The saga began almost twenty years ago when then-biology teacher Dr. Wes McCoy first began his research into the possibility of cloning the dead. Unfortunately, he quickly ran through the science department’s meager funding, and so, to secure the future of his project, he made a secret deal with NC’s baseball program: if the team would quietly funnel athletics department money to McCoy’s cloning project through a bank account in the Cayman Islands, McCoy would clone MLB legend Babe Ruth as soon as he developed the technology. Finally, in 2004, McCoy discovered his technique, and together with the rest of NC’s science department and a top-secret team of leading geneticists, he created a clone of the storied Red Sox and Yankees player.

“The hardest part was probably finding a grave robber in New York to get us the DNA sample we needed. Wes managed to get us in contact with a few people he trusted, but none of them wanted to risk digging up someone so famous. We had almost given up, and then [Chemistry and ASR teacher] Nena [Tippens] finally found this one twenty-something guy on Craigslist,” AP Environmental Science teacher Julie Hopp said.

The department then hired a surrogate to give birth to the child, George Herman “Trey” Ruth III. NC’s science teachers raised the boy together, sending him to live with a different colleague every week, while head baseball coach Tom Callahan trained him privately from birth onward. Before long, Trey Ruth became a star of the local kiddie-baseball circuit, although the teachers forbade him from playing in the Little League for fear of inadvertently revealing the truth about his origins.

“Trey is probably the greatest natural talent I’ve ever seen in my life. That swing, that speed, that deftness, that style–it’s all so much like–just like–well, it’s just like his father,” Callahan said.

Ruth honed his skills by playing against others his age at NC’s yearly baseball summer camps for children ages 5 to 14, where he easily stood out among his fellow aspiring players.

“We actually had to convince him to pretend to mess up sometimes, just so that the other kids would have a chance,” Callahan said.

A sadder moment in Ruth’s life came when his creator, Dr. McCoy, retired from teaching at NC. Ruth refused to play baseball for the subsequent five weeks, inconsolable at the loss of his most significant living father figure. Before long, though, the science department rallied to support him, and he soon returned to the diamond. He now attends Awtrey Middle School, where teachers and classmates describe him as an affable, gregarious, and charming child whose hobbies include playing baseball, watching baseball, trading baseball cards, and talking about baseball.

“Trey is great. He pays attention in class every month or so, and he always stays after to talk with me about baseball. He’s one of the best kids I’ve ever had the pleasure to teach. Even if he is a Yankees fan,” Awtrey teacher John Smith said while caressing his Mets memorabilia collection.

Some of Ruth’s peers, though, disagree with Smith’s assessment.

“I hate Trey Ruth,” Ruth’s ex-girlfriend and fellow Awtrey student, Katrina Ruggles, said. She refused to elaborate on the statement.

Now, with Ruth poised to take his place on the NC baseball squad this fall, the science department can hardly contain its excitement.

For his part, Ruth looks forward to joining the Warriors.

“It’s a great opportunity, and I’m ready to give it my all. I just want to make the science department proud,” Ruth said.