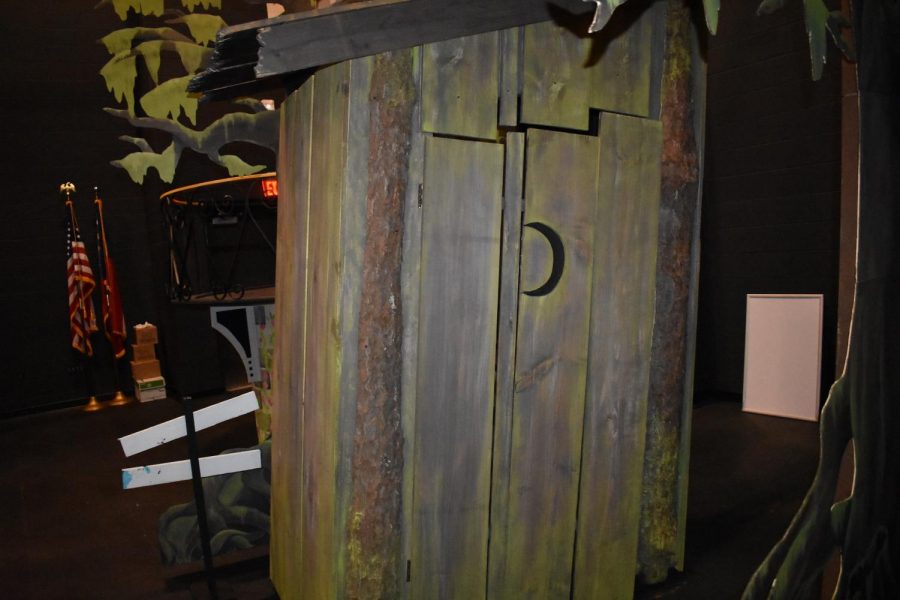 Shrek’s hut, used for the NC Theatre Department’s upcoming performance of Shrek The Musical, lays in the back of the stage. As the main set for the play, the majority of the student performers will play out their roles around this locale. First performed in 2008, seven years after the animated movie released, Shrek The Musical retells the events of the film (and the 1990 book it adapts), but with additional backstory for Shrek and Fiona. The NC production will essentially serve as a retelling of the original, with no notable difference.