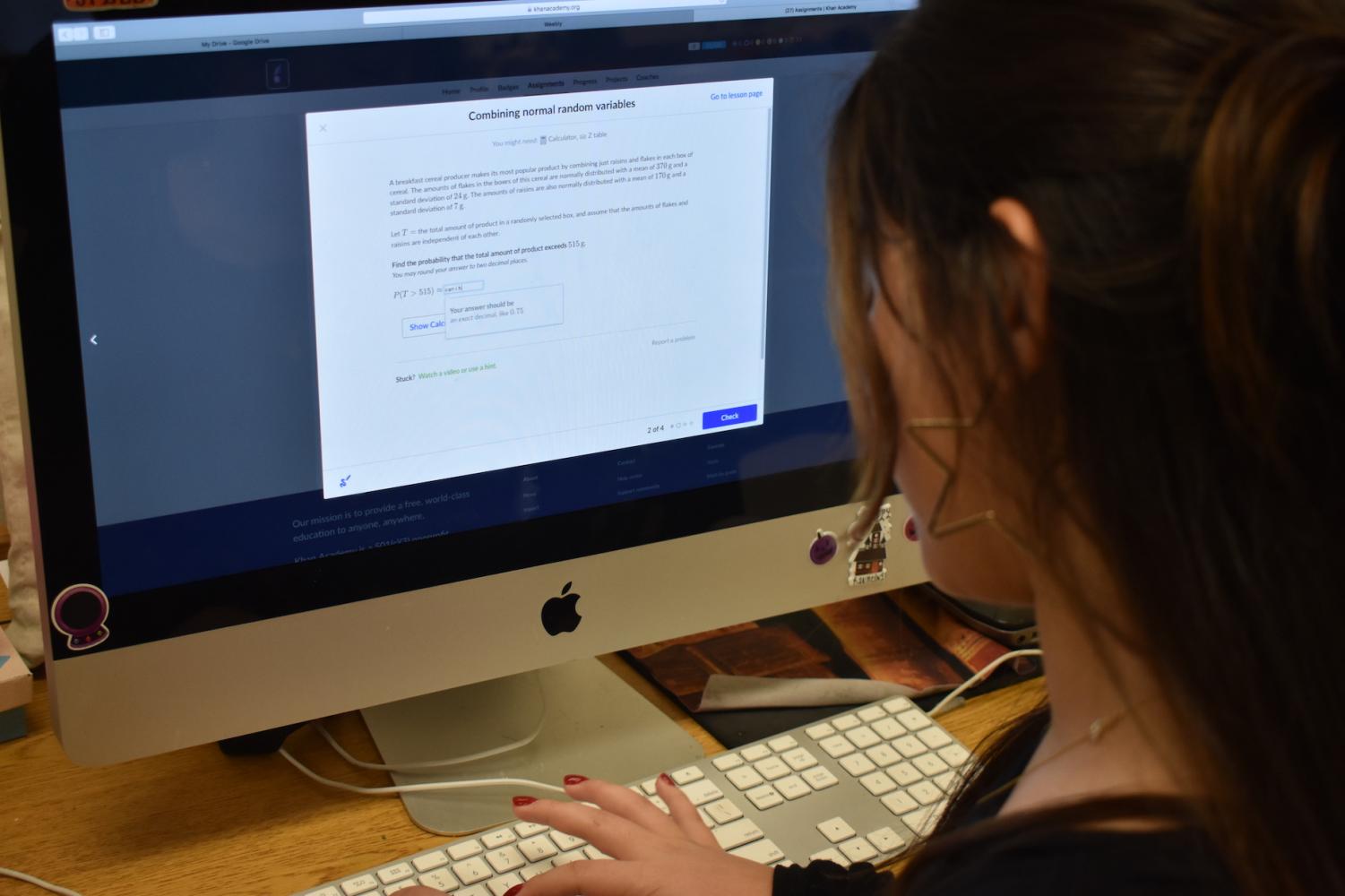 How the internet has changed education

In human history, people have not faced the same amount of rapid technological advances ever before. Lives continue to change in various ways, and from the assembly line to the commercial airplane to the invention of the internet, individuals must constantly adapt. With this comes a new generation of kids who only know that technology.

“I remember in my undergrad we had a teacher that brought in a computer for the class to see, and we were all amazed. Things have changed a whole lot, and I think it’s a very different challenge for teachers now, compared to when I was in school,” AP Physics teacher Jacquelyn Brennan said.

Social media took students into a new realm of socialization with peers, and with it came new challenges. Cyberbullying and the constant addiction to phones shifted the thoughts of students by causing more social anxiety, depression, and an altered reward dependence. With the accessibility of the internet and a fast computer in student’s pockets, distractions in the classroom became a whole new beast. Most schools initially banned the use of smartphones in the classroom, but recently saw the use of kids bringing their own device as a benefit, and they instated the Bring Your Own Device (BYOD) program around 2011.

Phones, while valuable in letting students access information quickly and easily throughout the day, also constitute the vast majority of modern distraction in the classroom. The addictive games, messaging, and social media apps can cloud a student’s mind, and notifications received throughout the day disturb learning by giving students a ‘micro-distraction,’ briefly taking away from the school day.

“There [are] even some schools that take up phones at the beginning of the school day, and they don’t let students access them until they leave. That would let me as a teacher not have to worry about the distractions in class without taking the blame of being the teacher that takes up phones, which would be very valuable,” Honors Government and Economics teacher Tara Sisino-Land said.

Teachers also need to adapt to the new technology, with the use of programs like PowerPoint becoming a staple of lectures ever since its conception in 1987, and becoming popular in the late 90s for business and general powerpoint-ing. Websites such as Edmodo and Schoology streamline communication between students and teachers. Teachers can also set up their own websites on sites like Weebly, which allows extra touches of personality.

“It’s a huge change for me, and I think if I didn’t do my masters at KSU before coming to teaching I would’ve had a real shock. I mean I’ve had kids sitting there watching Netflix in some of my on-level classes,” Brennan said.

Parents struggle with the change as well. Not every parent knows how much students use their phones in class, and those that wish to limit the use of phones at school find themselves with a barrier—what if students constantly use the internet in class? Other parents can make the problem worse, constantly messaging their child in class or calling, disrupting their learning time.

In the past century or so, humanity experienced a shift in their relationship to technology. Tech now advances much quicker than it used to, and the obsession in buying new consumer goods can leak into student’s mentalities. Since the Industrial Revolution, consumerism gripped America and other countries around the world in an unyielding fashion. Shorter attention spans and apathy towards certain subjects in schools seem increased in recent generations, which may root from childhood.

“I can’t imagine some of the parents that let their kid play on tablets for hours at a time or use them as a pacifier. I’m terrified of my kids being on the internet for more than 30 minutes and having those games and videos on all the time can’t be good for the kid,” Sisino-Land said.

However, technology also comes advantages in anything. Learning nowadays can proceed uninterrupted by searching through dictionaries, encyclopedias, and reference books. Google can provide a great start in quickly understanding a concept, and the reliance society puts on search engines allows students to already develop a close relationship with how they work. This can make using databases for intellectual work such as JSTOR or Galileo easier, and students can supplement the entirety of education through online services such as Khan Academy or Desmos.

“There’s, of course, some stuff to be excited about, I mean for physics we have all these cool labs we can do because of technology. The fact that kids have a stopwatch in their pocket is nice and saves me time in getting all those resources out to them,” Brennan said.

Different programs sprang up around the use of technology in schools, from computer science to yearbook, to newspaper. Access to digital technology requires literacy in these machines, and students need to learn how to use items to make their skills more marketable in society.

“I think that the technology we have right now is super helpful, we’re lucky to even have as much as we do. I would say the most helpful thing would be that all of our computers are especially hardwired so none of them lag or crash, or our printer because we use that thing so much it’s insane. Our printer broke this year and it pushed all of our work back,” Yearbook Editor-In-Chief Ava Won said.

While the internet still settles in our society and becomes integrated with people’s lives, society will feel growing pains. The challenges of distraction come with new technologies, to which citizens of the modern era must adapt. Though classrooms can quickly turn into an unorganized mess of distraction and apathetic students, they can just as quickly transform into hotbeds of budding intellectual discussion and interconnectivity. The internet, though currently in a sort of wild-west state of existence, has revolutionized communication and education. The embrace of technology in schools will lead to improved student experiences and more manageable work for teachers. 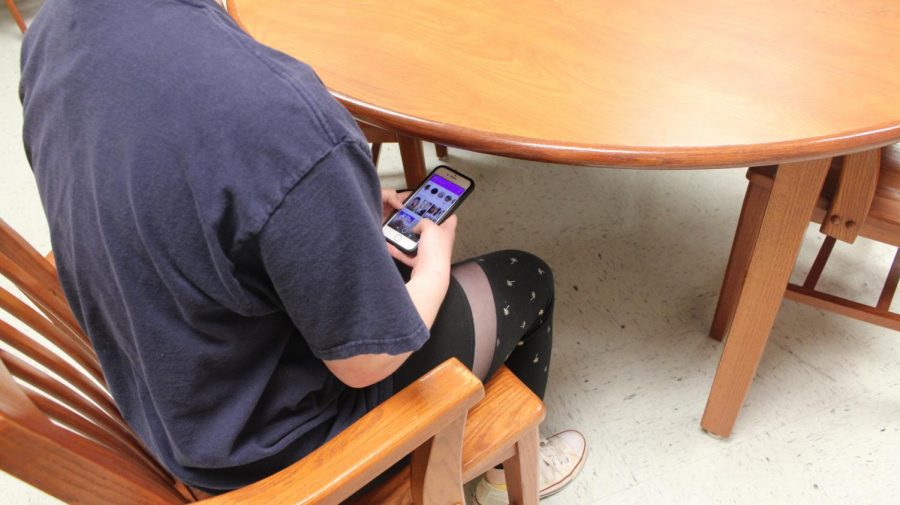 Gallery|6 Photos
Jacob Tutterow
Students, though usually unsuccessfully, try to sneak their phone use during class often. This leads to missing content, and a general air of apathy throughout the classroom. Much to the chagrin of teachers, smartphone use became normalized in schools due in part to the BYOD system.
Leave a Comment