Photography commemorates memories and triggers a true feeling in relation to the physical captured copy. Depending on the person, a photo can provide a specific significance recalling an emotional cue. Students in NC share how photos provide meaning and feelings and the importance of an image with sentimental value. (Julyana Ayache)

Photography commemorates memories and triggers a true feeling in relation to the physical captured copy. Depending on the person, a photo can provide a specific significance recalling an emotional cue. Students in NC share how photos provide meaning and feelings and the importance of an image with sentimental value.

The familiar saying, “A picture is worth a thousand words,” describes symbolization of a visual piece of art. A picture can represent a memory of a specific person, or capture a significant moment. A single photo can trigger feelings of happiness, sadness, frustration or a multitude of other emotions. A moment you share with a friend and captured may provide a different definition to you than your friend. It depends on personal interpretation. Pictures and photography exist everywhere in our day and age. People bring pictures with them everywhere, in phones, frames, and even necklace lockets. A picture means something different to every person. Various sentiments or values comply with a number of definitions for every individual mind. A precious captured moment, unforgettable, causes one to look back and reminisce.

Photos tell stories and communicate emotions. Looking through a photo album or digital camera roll, pictures tend to make anyone smile or trigger feeling or reminisce of a moment visually captured. Taking notice of the world around us, and the journey throughout our day considers valuable to look back at and relive through physical form.

“Way before social media, when cameras were not easily available it was just to take pictures: pictures of my friends [to] catch them [being] goofy, and fun loving, and then I would look back and think about all the good times I had with them and I wanted to have more. I just got into it that way,” Yearbook adviser Jan Husband said.

Regardless of day and age, from aging photo albums at your grandparents to your personal camera roll, every generation perceives photography in a different way. Millennials receive recognition for the creation of the selfie. A survey conducted in 2015 calculated that the average millennial could take up to about 25,700 selfies in his or her lifetime. With social media influence, we record daily and even the tiniest moments. During the 20th century, only more considerable events and moments were captured due to limited resources, such as film, while today, anyone, with a smartphone, can access a chance of a quick picture every here and there. Neuroscientists know that for many years that humans possess an ability to encode pictures. This stands as a fact because scientists consider human brains efficient at storing the ‘essence’ of a picture, capturing not just the subject but specific visual qualities.

“When I was still growing up, it was still film. So when you took pictures, you took the whole roll, you ran it over to Walgreens or something like that, or they used to have these little kiosks in the middle of parking lots, and you drop them off and pick it up a week later, and you sit down and look at the pictures. But by then they may have been like 2 or 3 months old because they had to go through a whole roll. But you relive those memories again, which is really cool,” Husband said.

With storytelling, pictures provide recognition of people. Remembering a person who was once there and not anymore or a person who may still be there, a picture of anyone renders powerful. A visual of a person represents more emotion behind a picture because of its physicality rather than just memory. A date may trigger an emotional memory such as a loss. But also anything connected to senses can cue emotional recall.

Taking picture causes your mind to hold on to moments when time passes quickly. The camera documents and preserves that moment so that it can live and move you. Images transport you to a different time and place, and with that ability, it’s good to feel those moments again whether they trigger sad or happy memories.  Pictures of moments or events of your life tell your story visually and physically recorded. Our world grows as increasingly visual. Around 1.3 trillion photos are taken each year, as fueled by smartphones and social media.

In an experiment conducted, testing the relationship of photographs and memory, Alix Barasch, an assistant professor at the New York University Stern School of Business, asked people to walk through a museum listening to an audio guide, and either take photos at choice or leave their phones and cameras outside. Afterward, participants were given a memory test, and as gathered, participants who took pictures recalled objects they had seen better but were less able to remember facts from the audio guide, than those who didn’t take pictures. Focusing and putting emphasis on visuals pulls attention away from other senses we use.

Junior student photographer, Ely Honkpo, hosts an Instagram where he shares his talent and passion for an eye for photography. He began his account, @elyhonkpo, in March of 2018 and began to engage on landscape photography rather than portraits. Honkpo has been taking pictures for about 2 years, but just recently bought a professional camera.

“I got into photography because I wanted to see what I could do with just my phone and I wanted to show that you didn’t always need the best or most expensive equipment to start out,” Honkpo said.

What inspires Honkpo the most consists of simple surroundings, and portraying the beauty of the world around us.

“Being able to turn a normal area we pass [on a regular basis] and turn it into something we’re able to stop and look and appreciate the beauty we walk past every day is fascinating to me,” Honkpo said.

With photography, the photographer bears an endless number of possibilities to create a picture in their taste. Everyone holds the ability to photograph a picture and customize the picture to their personal eye.

“I would love to teach others that photography is another form of art and that you have so much freedom when it comes to pictures, angles, props, poses, and editing,” Honkpo said.

Today, with social media influence and status online, we rely on the quality of pictures we post online. We depend on perfect angles and lighting to make us look “professional” for the camera and if it’s post-worthy. It helps build up self-esteem and how others may view the individual.  It’s a sort of approval and younger generations become dependent and build on this factor of quality. Typically, adolescents utilize Instagram for quality pictures and documentation of big events, but Snapchat as more personal, where a picture posted can only be viewed for 24 hours. Snapchat represents more of a daily lifestyle. 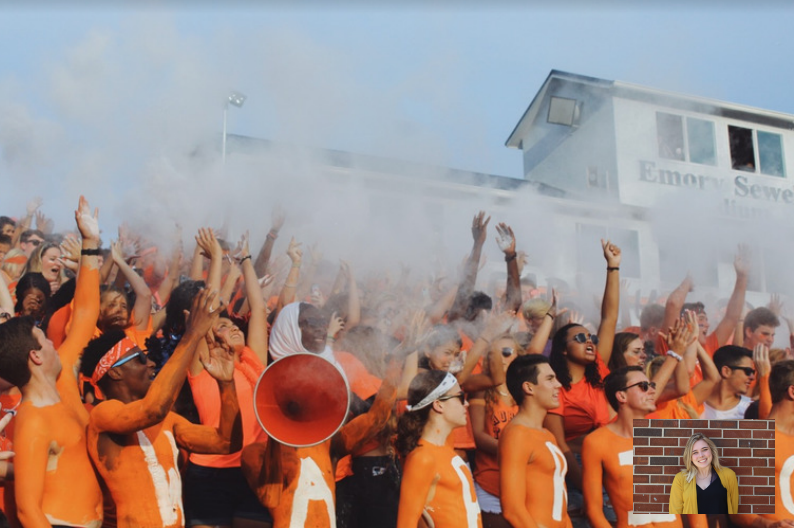 Gallery|4 Photos
courtesy of Priscilla Peterson
“This means a lot because it shows the excitement and spirit that NC has for their sports! The burst of energy from the raised hands to the cheering of students [motivates and encourages cheerful participation],” Junior Priscilla Peterson said.

As in most schools, Yearbook, a well-recognized class currently, at NC, captures the school positively and highlight events of the years to give students attending a chance to look back and reflect on the year. Memories are the goal, and the community appreciates the unity every year the yearbook brings into the school’s area.

“[The] first goal of a yearbook is to bring the memories back. But the first thing students do is look back in the index and look for their name, and see how many times they are in the yearbook. Then they go to those pages and look for them, so making sure we have good pictures of students is really important because we want to show them in a positive light,” Husband said.

A practice that people share worldwide, photography can endure interpretation in a million ways. Pictures represent a symbolism that recreates the emotions during that moment. Pictures hold a reconnection to emotions in different ways and a picture feels irreplaceable. No matter the generation, universally, one picture tells a story in a way a number of words can. As always said again, “A picture is worth a thousand words.”