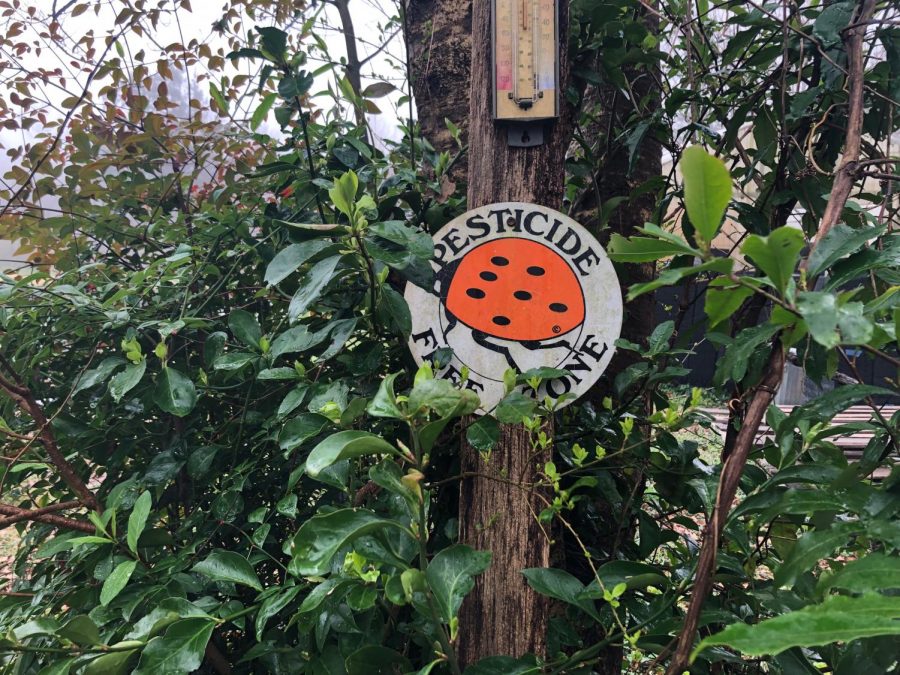 Love is Love takes pride in its status as a certified organic farm. This means that all of Love is Love’s produce undergoes a more natural growing process, free of pesticide and fertilizer use and that nothing grown on the farm originates from genetic modification.

Upwards of 50 million Americans experience one type of allergy, or more, per year. Of these, approximately 32 million suffer from food-related allergies, with 5.6 million under 18. Food Allergy Research & Education put this number into perspective, equating it to one in 13 children, or an average of two per classroom.

The eight most common food allergens: milk, soy, eggs, wheat, peanuts, tree nuts, fish, and shellfish, plague those managing allergies as food producers employ them as major components in a multitude of popular American foods. One of the primary culprits of this: milk. From obvious dairy-containing items like coffee creamers, yogurt, and pizza, to the more unexpected deli meats, sherbert, and chewing gum, milk sneaks its way into a myriad of our typical food products. This presents life-threatening dangers for those who live unaware; this reality never ceases in the lives of the millions of individuals who live with severe food allergies daily, a circumstance that comes with chilling consequences if not properly tended to. In the United States, African Americans and the elderly face a higher likelihood to die from negative reactions to medicines, food, or unknown allergens than any other demographic group. Coincidentally, 22 percent of families belonging to the former group live in impoverished conditions, a number greater than both white (11 percent) and Hispanic (19 percent) Americans.

In 2013, Harvard School of Public Health released an article centered around the findings of “Do healthier foods and diet patterns cost more than less healthy options?,” a health research study published in The BMJ (formerly known as the British Medical Journal), that aims to uncover the correlation, or lack thereof, between general nutrition quality of foods or diet patterns and price.

The article highlights a recent trend in food production that values quantity over quality, a factor that reduces public likeliness to choose healthier grocery options over more convenient, cheaper, and more abundant less healthful options. The researchers found that the average cost for a considerably healthy diet—one that might consist mainly of a variety of fish, nuts, fruits, and vegetables—exceeded less healthy ones consisting of more processed and pre-made food by roughly $1.50 per day.

“Unhealthy diets may cost less because food policies have focused on the production of ‘inexpensive, high volume’ commodities, which has led to ‘a complex network of farming, storage, transportation, processing, manufacturing, and marketing capabilities that favor sales of highly processed food products for maximal industry profit,’” the article said. 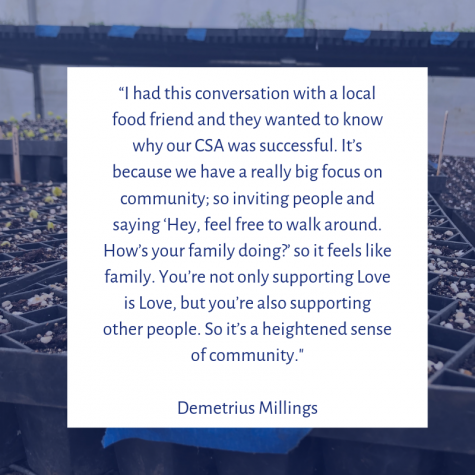 One local farm, Love is Love at Gaia Gardens, works tirelessly to combat this food disparity. Located in East Lake Commons, it rests in the heart of Georgia’s bustling capital city. At first glance, the location may appear inconvenient or awkward, as the stereotypical vision of farms includes massive fields that sprawl for miles. However, with an active surrounding neighborhood and a CSA program that promotes community involvement, Love is Love operates smoothly and represents the future of small-scale farming.

“The community plays an important role. In any form of agriculture, whether big or small, someone is usually helping someone out. Some people inherit the land, but in our case, we lease land from homeowners,” Demetrius Millings, one of Love is Love’s two full-time employees, said.

The land on which Love is Love sits belongs to a 67-home cohousing community established in 1998. The five-acre farming property, complete with a pond used to irrigate water, serves as a shared backyard for the cohousing residents.

“It’s very community oriented. The community owns all the capital infrastructure: pole barns, two high tunnels, one greenhouse, the refrigerators, and a tool shed. They’re all owned by the community but [maintained] by us.”

Love is Love’s community can purchase Community Supported Agriculture (CSA) shares. Depending on their need, CSA consumers may purchase a whole share or a half share. The farm also provides discounted prices for individuals and families with welfare coverage. This helps alleviate, in part, the burden of choosing between a cheap, pre-cooked frozen tv dinner and a more immediately expensive grocery cart of fruits and vegetables that hundreds of thousands, if not millions of American families endure per day.

“For us, CSAs are a big thing. It’s this idea of ‘I’m personally invested in a farm whether they fail or succeed. I’m gonna give you my money because I know you, I trust you, and I know that you’re gonna do your best to deliver on this even though you haven’t even put a seed in the ground. We have people who are part of our CSA that have a half share and [whose dollar is double]. It comes out to be [about] $28 a week, so for that customer, it’s $14 a week. It becomes a reasonable proposition. We do, on our end, have to match some of that so we’re also invested in it. To even run that program it costs us $500 off the bat before we even accept anybody. We have skin in the game too, and we value that customer,” Millings said.

Millings envisions a future with more operations like Love is Love, where ethics and the needs of community members take precedence over more superficial things like earnings. Compared to their larger, more commercialized counterparts, local farms place increased emphasis on the quality and variety of their crops versus the quantity of their output. Love is Love avoids homogeneity and instead grows different types of each vegetable and fruit that they produce—a unique characteristic of small farms that continues to become more widespread. 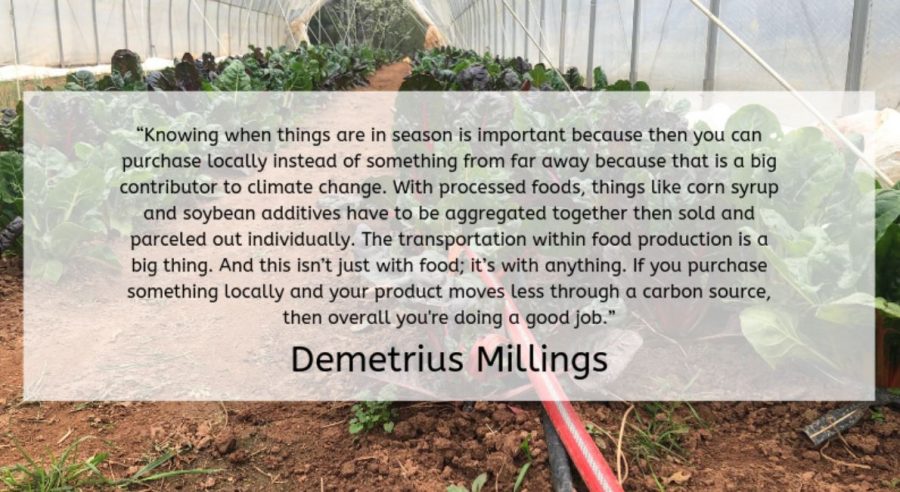 “We want our food to be accessible. I think that’s where I want to see the future go. Not necessarily that the food is cheaper, but that we reach more people, and we’re able to make more of a living. Because ultimately what you want to do is make a living at this and have multiple people and multiple farms. Instead of fighting over a small number of customers, farmers in Atlanta can make the pot bigger. Where is that balance? I’m still not sure because I know there are some people making a hard decision of four dollars versus three dollars. How do we get there? We’re still working on it. But this is a good start,” Millings said.