A tribute to the graduating members of The Chant 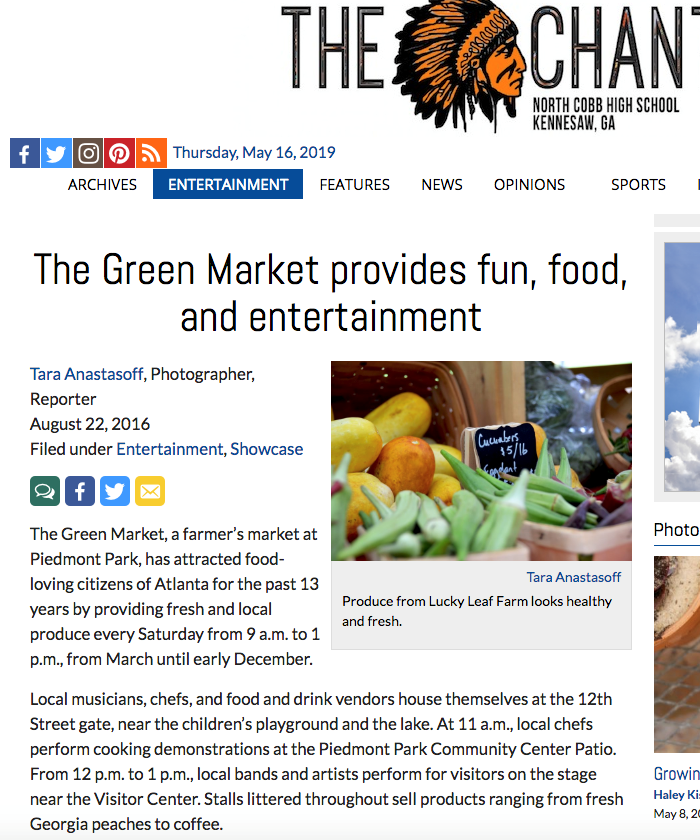 “Nothing lasts forever.” A truth as old as time, and yet countless people across continents, cultures, and even history itself struggle to cope with this fact. Now in all fairness, valid reasons exist as to why certain people refuse to cope with change: the uncertainty it brings with it, a sense of comfort with the status quo, or perhaps a past misfortune attributed to a major change in one’s life. Valid as these reasons may seem, unfortunately, the tides of change stop for no man, no matter how hard they may try to keep their life as is.

A similar situation is currently occurring within The Chant itself: as all NC students know by now, graduation season for seniors is in full swing: a fair share of the at-school events already came and went, with the Magnet Convocation and main ceremony set for May 20th and 23rd respectively. With the departure of the seniors, however, The Chant will lose several members who shaped the publication into what its current form. This will clearly take a heavy toll on both the publication and its members, seniors or otherwise.

An often neglected facet of The Chant, the blogs which staff members maintain, serve as an outlet of sorts for them, allowing them to talk about their passion in a way not adherent to the general style book. To ensure each member’s writings end up viewable, a manager for the blogs must oversee each and every one; within The Chant senior Harrison Glaze does this task. Though he first joined the staff in spring of 2017, his history with the publication runs back notably farther.

“Well, I wasn’t zoned for NC: I came here for the Magnet program. And one of the principal reasons I choose this Magnet program is because NC had a student-run newspaper, and Harrison, the school I was zoned for…, does not. Really throughout my freshman year, I suppose you could say I…’stalked’ The Chant: I read every single article that came out for about a year, just because I really wanted to be involved with this and have a role in this tradition that goes back to the ’70s [and] ‘80s. And I wanted to…hone my writing skills, develop my abilities, and work with other people to produce a product I think we can be proud of,” Glaze stated.

As anyone one their first day at a new job can attest to, doubt tends to fill the mind with negative thoughts. Likewise, one’s first day (or writing cycle, in this case) with The Chant can overwhelm one with doubt and insecurity. Such feelings occurred with Rachel Maxwell, reporter, and social media manager for the publication since fall 2016; in this specific case, the feelings of doubt ended up amplified. Despite her initial doubts, though, she managed to fit comfortably within both her roles on staff.

“I did [feel doubts]. When I first joined staff and I was just a reporter and a photographer, I really wasn’t confident in my writing. But I feel like being on staff more has helped my writing and improved it so much. And then when I first got the position of social media manager, [it was a] new position, so I had no to guide me to become the best social media manager I could be. So I kind of had to build it up from the ground by myself and figure it out how to do it. I feel like along the way, I’ve learned my way around all the [social media] platforms, so I’m really grateful I’ve gotten this position,” Maxwell explained.

Among the various reasons NC students choose to join The Chant, the opportunity to display one’s passion tends to rank high on the list. As mentioned before, the blogs that staff members write highlight their passions; that does not, however, mean the articles written for publication cannot do the same. For Nati Duron, member since fall 2016, her first cycle on staff proved an opportunity to hone in a topic important to her and her future.

“My first cycle was about dreams; I knew that I loved psychology going into this, so I wanted to write something about psychology. And I talked about what your dreams mean and it was a really fun article to write, it was really great. Now it’s shaped me more into loving psychology, so I’m thankful that that article was my first one because it really pushed me into what I want to do later in life: journalism and psychology,” Duron said.

While all newspaper members hold at least one position (either a reporter or photographer), the position of editor remains the endgame for most members. Most positions related to editing deal with the specific pages of The Chant, like Features, News, and Opinions. The desire to attain such a position generally comes from one of two places: knowing that the position looks good on resumes, and a desire to step up and take greater responsibility on staff: entertainment editor and member since fall 2016 Shannon Rapp took hers for a different reason.

“I…wanted this position because I have a lot of passion for knowing a lot of stuff about the entertainment industry. I like my job because I get to read a lot of different reviews and learn about different [makeup and entertainment] products and movies and music. Just everything ‘entertainment’ gives me a wider [understanding] if what is in entertainment right now,” Rapp said.

Besides being an elective for students to take or a nice accomplishment to put on a college resume, Newspaper serves as a support system for its members. High schoolers deal with a bevy of stress for a bevy of reasons, none of which can easily end up resolved. For copy editor Esteban Alarcon (member since Fall 2016), the presence of such a system will produce the most longing in him.

“At first, I wanted to say I’ll miss being able to depend on people with the workload and the quality of the content [written for The Chant]. But in reality, I’m gonna miss the friendships, all of the relationships I’ve built up over the years, and kind of the way I’ve been able to depend on [his staffmates] for emotional support, [as well as] seeing people that make me happy. Sometimes on hard days, the people in this office are the only reason I want to come to school. So having that rock solid, “I’ll see you that day” [mentality] is what I’m going to miss most,” Alarcon explained.

With the year winding down for the senior members of the newspaper, all the memories earned during their tenure on staff shall remain with them forever. More importantly than the memories, though, lessons learned and wisdom imparted will continually impact them in all they do. Isabella Keaton, a staffer since fall 2017 and outgoing Features editor, finds her main takeaway in the community of the newspaper.

“I think what I’ve learned the most from Newspaper has nothing to do with the class. Mrs. Theaker and Mrs. Zavala both taught me how to be a friend and how to make a family. Newspaper is my family and I’ve learned how to be there for my friends and how to learn from everyone individually,” Keaton said.

This feeling of family among the publication’s members extends beyond Keaton, however. Morgan Brown, News editor and member since fall of 2017, views the group in a similar light, albeit with a more long-lasting perspective.

“We’ve become a very unconventional family. Some of these people I hope to know for the rest of my life,” Brown proclaimed.

Though the seniors of the now may leave, a new generation will emerge, one already well groomed in the structure and day-to-day workings of The Chant. These future seniors, currently juniors, owe much of their current skill level to the current seniors. Despite their skill, they can (according to editor-in-chief and member since fall 2016 Tara Anastasoff) still improve themselves, mostly through remaining broad-minded.

“I would say to definitely manage your time well and always look for story ideas everywhere you go. It’s really easy to be inspired by people around you and different events happening around Kennesaw, and I think it’s really valuable to take inspiration from the world around you. So my advice would be to keep an open mind, and also keep writing and creating: you can’t really fail, only improve from here,” Anastasoff stated.