The 1975 experiments through new song “People” 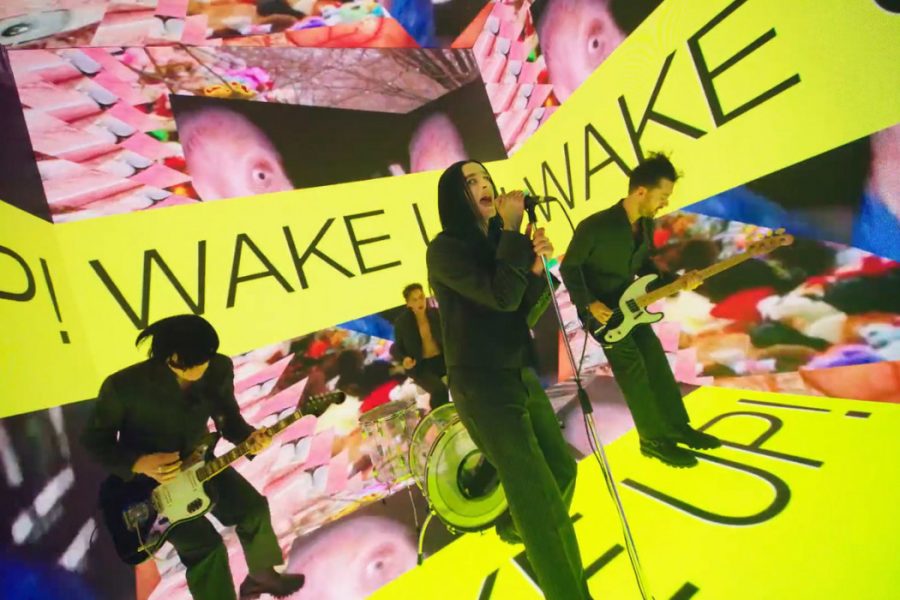 With the release of their new song “People”, The 1975 experiments with the punk music genre. As the first single on their upcoming album Notes On a Conditional Form, they express a certain theme towards social, political, and environmental issues that society faces today.

Indie-pop band, The 1975, plans to introduce a new, surprising foundation to their upcoming album, Notes On a Conditional Form and to promote it, they released a new single, “People” on Thursday, August 22. Several fans took to social media to express their shocked attitudes following the release of the song, deeming it as either “wack” or “genius”.

The song begins with an electric guitar riff not unusual for the band, but quickly escalates to an almost wailing call by frontman Matty Healy telling listeners:

Almost immediately, a listener could realize that this song represents a new phase of experimental music for the band. The song gives in to an intense heavy-metal genre, while still maintaining slightly-controversial lyrical elements from previous music.

Fairly recently, the band also released the first track on the album, self-titled “The 1975”.  With faint, orchestral music playing in the background, teen environmentalist and activist, Greta Thunberg recites a speech that brings the issue of climate change to the attention of listeners. The track introduces the topic of social, political, and environmental issues that The 1975 goes deeper in depth with the song “People”. A verse of the song states:

“The economy’s a goner

Ignore it if you wanna”

Healy brings the topic of economic troubles to listeners, and implies that today’s generations tend to ignore important, real-world subjects; earlier in the song, he alludes that the audience pays the most attention to entertainment outlets, stating that “we need to stop just watching s*** in bed”.

The chorus remains repetitive and loud throughout the song, trying to stick this important message in the heads of listeners. It says:

Opened up to the public’s interpretation, Healy shares a phrase in the chorus that directly addresses a group of people who “messed” with the kids. Fans debate as to what exactly the chorus means, as it leads to an idea that Healy believes a group of people almost poisoned the youth with beliefs and ideas potentially detrimental to society.

With the album’s focus towards modern issues and controversies so far, “People” introduces a new perspective on the purpose of music and how impactful it could become on the thoughts or even actions of listeners. With the purpose of convincing people to become contributing members of society, The 1975 embraces a new style of music to capture not only the attention of fans but music listeners all over the world. This song demonstrates that music does not only exist as a mere method of entertainment, but also an outlet to push people to open their eyes and pay attention to what happens around them.