The soundtrack to adolescence: K-12 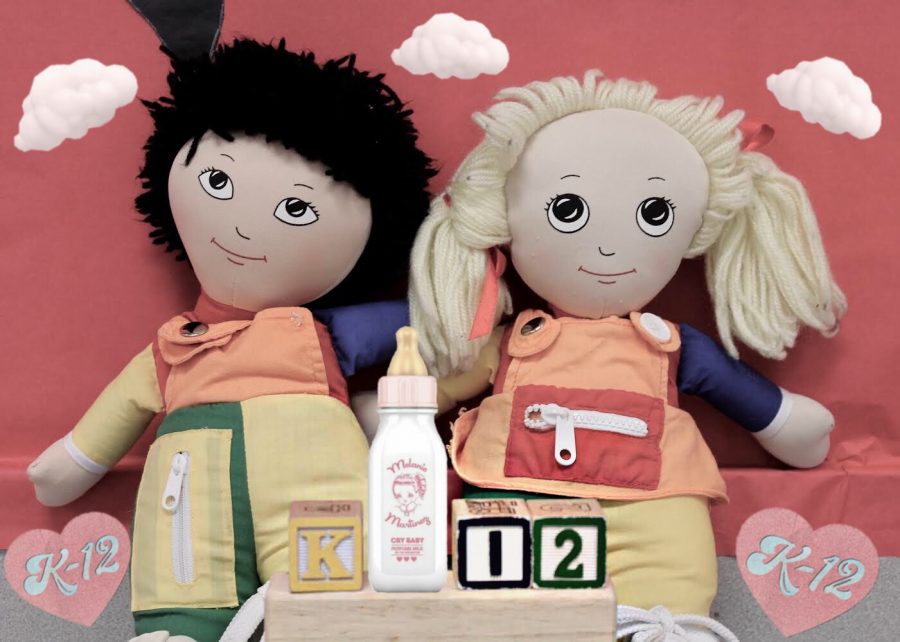 The album K-12 not only dives into the life of Melanie Martinez, but also into the life of its teenage listeners around the world as she discusses dark, relatable challenges that young people may experience throughout their school career. The emotional and dark twist on her alternative pop style continues to entice listeners and leave them eagerly waiting for the next song. As fans celebrate the release of Martinez’s album they actively anticipate her creative music videos to release next.

Finally breaking the silence after a controversial scandal that alienated thousands of her fans, pop artist Melanie Martinez made her comeback to the music industry with K-12, which released on all streaming platforms September 6. Martinez’s second studio produced album consisted of a total of thirteen songs, each relating to a concept connected with public schools such as: “Detention”, “Highschool Sweethearts”, and “The Principal”. Throughout her career, Martinez cultivated a child-like persona through her music, first seen in her breakthrough album Crybaby and she embraced the same concept in K-12.

The importance of Martinez stepping back into music with her second album shows her development as an artist in the industry. Fans witnessed the singer reach an all-time high in her career, just to see her success plummet after a sexual harassment accusation that surfaced in late 2017. Following the accusation, Martinez only released one song, “Piggyback”, addressing the rumors before she went on a hiatus from both music and social media.

“Melanie Martinez used to be so important in my life, her music was the type of music I definitely needed to hear and relate to when I was in middle school. After her allegation came out I was so upset. As a huge follower of the MeToo movement, I was kind of at a crossroads when Timothee accused her. Though it’s just an allegation, I did not feel comfortable supporting someone who could have done something like that. So I made the decision to stop listening to her for good,” Magnet senior Maddie Sullivan said.

The accusations sprouted from Martinez’s childhood friend, Timothee Heller,  who claimed that Martinez inappropriately touched her and coerced her to participate in the assault. Although the accusations caused fans to create a trending hashtag on twitter: #MelanieMartinezisoverparty attacking her, Melanie denied the allegation, protesting that what occurred that night the two mutually decided to do together. Martinez confronted and addressed the situation in her song “Piggyback”, accusing Timothee of attempting to ruin Martinez’s reputation to help support her own career. Fans of Melanie who refused to believe the assertions against her investigated Heller’s background and documented the night the two shared together. Fans concluded that the evidence did not support Timothee as much as it needed and she never pressed charges against Martinez in the end.

Melanie Martinez offers an original sound to the alternative pop scene. Her music typically sounds upbeat and lighthearted at first listen, but when one deeply analyzes her lyrics and metaphorical remarks, a dark side reveals itself. In the song “Nurse’s Office”, the singer speaks on the topic of the physical and emotional pain she received as a child in school from other kids. Escaping to the nurse’s office turned into her only way of feeling better because, if lucky enough, she would receive a pink slip to stay home and avoid torment from her peers.

The song “Strawberry Shortcake”, a diss track directed towards public school systems and their strict dress codes, tells the story of young girls and how their schools unfairly chastise their outfit choice. As Martinez sings: “Instead of making me feel bad for the body I got/just teach him to keep it in his pants and tell him to stop.”

“I like it [K-12] because she [Martinez] finds a way to speak on important issues and spin them in a playful way. With this song [‘Strawberry Shortcake’], she found a way to explain the struggle that women have to go through in order to be presentable in society and how they can never really find an in-between; they can’t be who they are and also fit into society’s standards of what a woman should look like. They are constantly having to protect themselves and change the way they dress, just to prevent men from sexualizing their body” Pebblebrook senior Haley Shadburn said.

Although the album remains lyrically strong and well put together, she falls short in the sound quality of her songs. Martinez’s first album, Crybaby, offered more variety in beats and tones of the songs; however, this album fell notably short in that regard. She included harsh themes deliberately shown through her lyrics and videos in Crybaby, but K-12 failed to touch on the controversial issues that earned her a fanbase in the first place. The songs on K-12 shared a similar ambient sound that while somewhat lacking in quality,  still fulfilled fan’s expectations.