IT Chapter 2: Pennywise returns to theaters 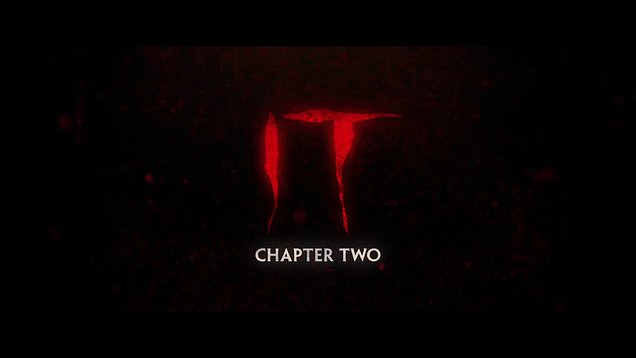 IT: Chapter Two premiered in theatres September 6. Since the movies recent growth in popularity all over social media with people talking about the movie and each giving their own individual review on the film. This article gives a brief overview of the movie and the development of each of the characters since the last movie, which was released in theatres on September 18, 2017. It will also feature how viewers felt at certain moments of the film and an overall explanation of the impact that the movie had on the audience and their reactions to certain scenes throughout the movie.

With the release of Stephen King’s classic horror novel IT over 30 years ago, the book grew from a cult classic franchise to a global phenomenon, due in no small part to the hit 2017 film of the same name. The Losers Club decides to make a comeback 27 years later when the body of a man gets found in the town of Derry, sliced up and eaten in the same way that the infamous killer clown Pennywise tends to kill his targets.

The movie IT: Chapter Two takes place in  2016. All of the original characters grew up and live their lives with but a mere memory of the traumatic battle against Pennywise that they previously experienced in 1989. Mike, one of the members of the Losers Club played by Isaiah Mustafa, stayed in Derry on the lookout for the return of the evil clown and as he expected, reportings of mutilated bodies began to surface after 27 years of complete silence, each of them demonstrating essential clues that pointed to Pennywise. He then decides to act upon the oath that each of the members of the club made as kids: if Pennywise ever decided to come back, they would all get together to kill him once again. This brought the audience an intense sense of fear and anticipation that reeled them in throughout the course of the film.

The movie did an interesting job of diving into a deep analysis of each of the characters lives, whereas in most movies where the film includes multiple protagonists, the characters receive an unequal amount of screentime, preventing the audience from gaining a deep glance into the growth and development of each character throughout the film. This gave the audience a deeper sense of understanding of how each character deals with the conflict and how they contribute to the storyline and add unique traits to the film.

Because the Losers Club wanted to put an end to the terror caused by Pennywise, a large portion of viewers saw that as an admirable attribute in each of the characters. Throughout the film, they face various challenges by running into new obstacles and old ones. The old ones were shown as flashbacks throughout the film, which added a nostalgic touch, showing the struggles that the characters faced as kids up until now and how they dealt with it.

Overall,  the film expressed a pleasurable mix of nostalgia and newfound obstacles which made the movie exciting to the audience. Besides giving the audience some closure to the terrors of Derry,  the movie also made sure to include a deeper view of each of the characters and how they grew and overcame the struggle that Pennywise caused them to feel over the years.

The Chant Grade: B+